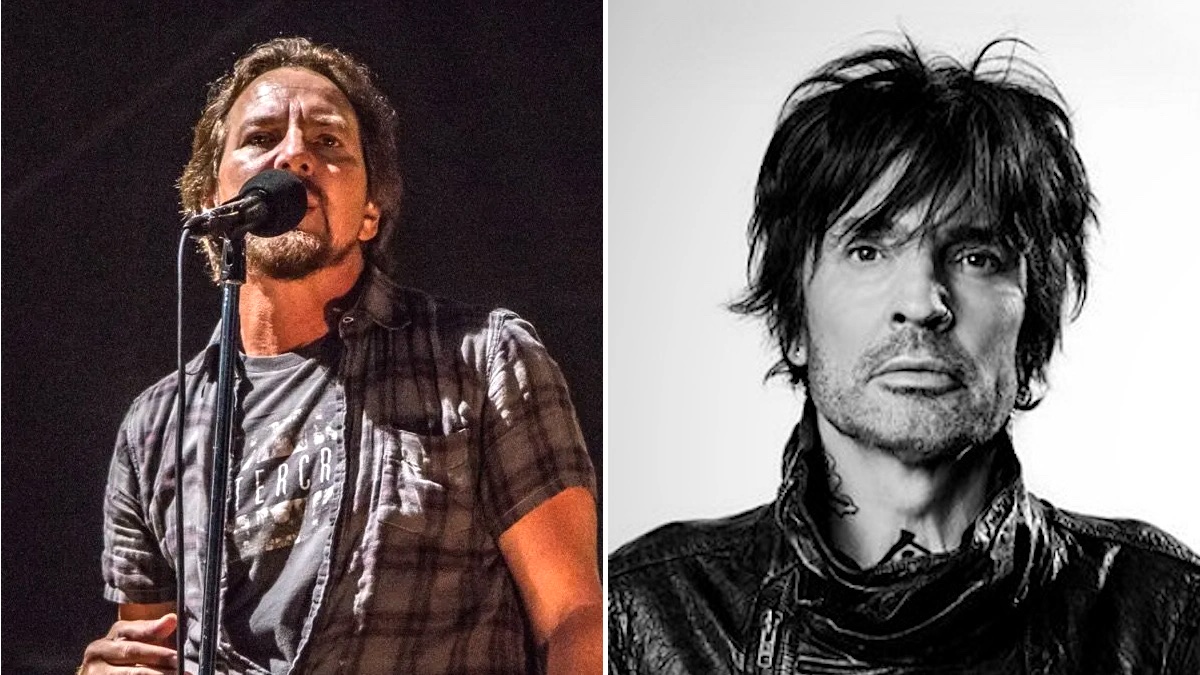 For those new to the beef, Vedder started things off when he reminisced about working at a San Diego concert venue in an interview with New York Times Magazine. The singer said, “I’d end up being at shows that I wouldn’t have chosen to go to — bands that monopolized late-’80s MTV. The metal bands that — I’m trying to be nice — I despised. ‘Girls, Girls, Girls’ and Mötley Crüe: F**k you. I hated it. I hated how it made the fellas look. I hated how it made the women look. It felt so vacuous.”

Mötley Crüe’s Nikki Sixx responded by tweeting, “Made me laugh today reading how much the singer in Pearl Jam hated @MotleyCrue. Now considering that they’re one of the most boring bands in history, it’s kind of a compliment isn’t it?” The bassist also added that Vedder’s vocals sounded like he had “marbles in [his] mouth.”

Pearl Jam, as a band, fired back, tweeting, “We love our bored fans,” along with video footage of a highly enthusiastic crowd singing along to a performance of “Given to Fly.”

Now, Vedder has added more fuel to the fire, subtly addressing the feud at his solo concert in New Jersey on Sunday (February 6th). Playing with his Earthlings backing band that features Red Hot Chili Peppers stickman Chad Smith on drums, Vedder commented, “That drum kit — that silver, beautiful machine that he is the engine of — does not need to elevate or rotate to do its job. Let me just point that out.”

Of course, Vedder was clearly talking about Mötley Crüe drummer Tommy Lee, who is known for his high-flying stunts like playing upside down on a drum-coaster.

Probably not Vedder’s intention, but he’s calling attention to Lee right as the Pam & Tommy series is airing on Hulu. As they say, any publicity is good publicity.

Vedder recently kicked off the US tour in support of his new solo album, Earthling, with tickets available via Ticketmaster. Pearl Jam currently have a European tour lined up for this summer (tickets here), with plans to announce 2022 makeup dates for their postponed 2020 North American tour shortly.

Mötley Crüe’s US stadium outing with Def Leppard launches in June, with support from Poison and Joan Jett. Get tickets here.

Made me laugh today reading how much the singer in Pearl Jam hated @MotleyCrue. Now considering that they’re one of the most boring bands in history it’s kind of a compliment isn’t it?#TheStadiumTour #RocknRoll

We ❤️ our bored fans. pic.twitter.com/B1cWuZDww4