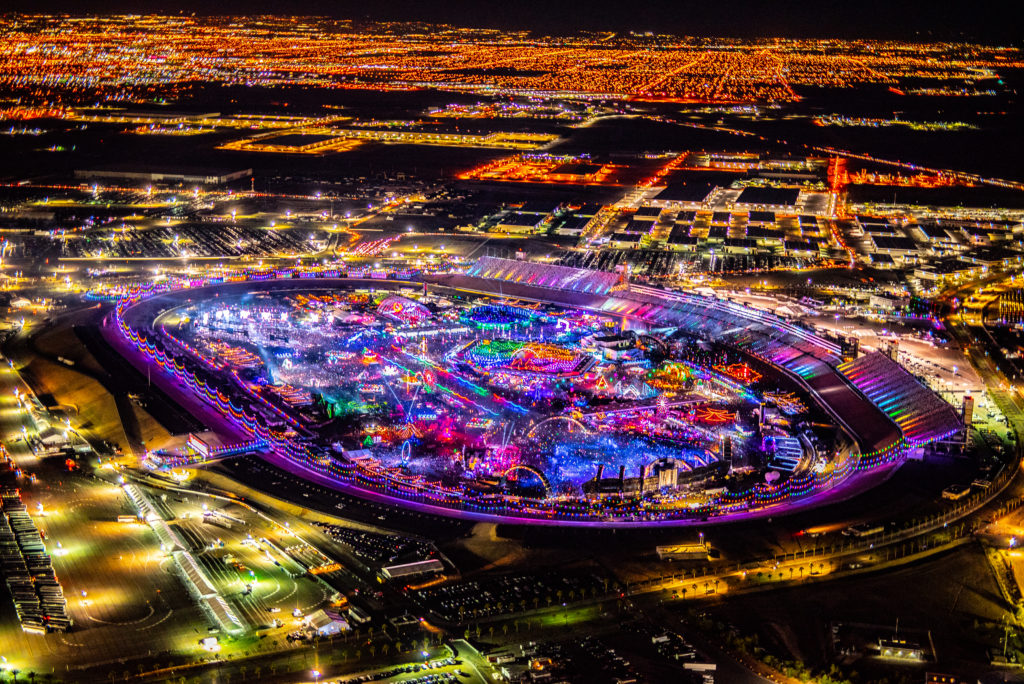 
EDC Las Vegas is only one week away — fans have waited nearly two years for the banner Insomniac festival to return and with a lineup that is as full of incredible artists as ever, this year’s festivities are sure to be something to remember.

As always, EDC has revealed the map for the festival and this year’s is showing some interesting changes from the usual. Below, we have the 2019 map (left) and 2021 map (right) side-by-side for comparison, Immediately, the 2021 map is far more detailed with larger stages including the stage designs (to a degree).

Every stage remains in the same place, but the biggest change comes at neonGARDEN, which will be a megastructure this year. It also looks like stereoBLOOM and nomadsLAND will receive significant upgrades, based on their degree of prominence on the map compared to previous years.

Per usual, you’ll have a bit of a tough time navigating Rainbow Road, as it passed behind circuitGROUNDS, bassPOD, and wasteLAND on your way to either nomadsLAND or kineticFIELD.

One thing Insomniac hasn’t done this year compared to previous years is reveal the festival’s theme. You can zoom in a bit closer to the stage design via the Insomniac App, which will also have your set times and more information, but we’re not sure yet what it will look like.

Start preparing now and see you all under the electric sky!