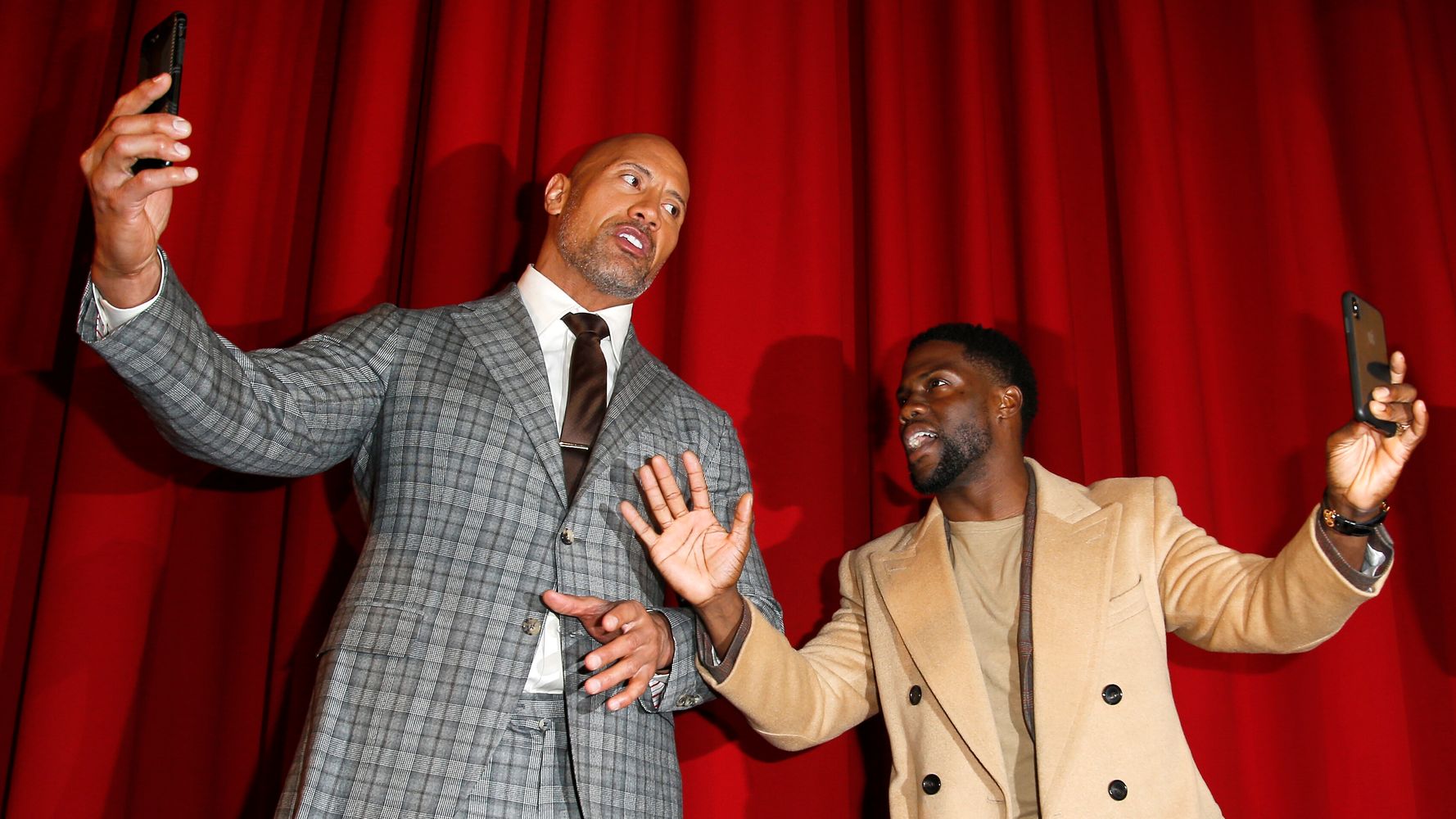 Dwayne “The Rock” Johnson and Kevin Hart resorted to dramatic measures to promote their latest movie.

The two actors are in the midst of press for “DC League of Super-Pets,” an animated children’s movie that parodies the DC Comics superhero universe. But they decided to take a brief break from interviews to brave TikTok’s viral “tortilla challenge,” according to CNN.

Johnson posted a video Wednesday on Instagram of the costars playing the game, which involves two people slapping each other across the face with tortillas. For the uninitiated, participants have to try their best not to spit out a mouthful of water — or else.

“This will be the funniest thing,” Hart said. “We’ve seen the kids playing this game where they slap each other with these things.”

Despite his wrestling-era nickname, Johnson loses the first round of Rock Paper Scissors, which dictates who gets to slap the other participant first.

“Don’t use your hand,” Johnson warned. “Fuck around and put your whole hand back there.”

Hart gleefully jumped up and down before whacking a tortilla across Johnson’s face.

While Johnson mumbled something unintelligible due to the water in his mouth, the subtitles suggested he wasn’t too happy. That frustration only grew when he lost the second round of Rock Paper Scissors and Hart slapped him again.

Hart was unable to contain himself and accidentally spit out his water. As the rules of the viral challenge dictate, the tables turned. Johnson immediately slapped Hart, who shied away out of fear — leading Johnson to make another attempt.

Johnson and Hart are at the tail-end of their press tour for “DC League of Super-Pets,” which hits theaters across the United States on July 29. Hart joked in the video that the two were trying to keep up with the times while promoting the movie.

“Well, this is us trying to keep up with the younger generation out there,” Hart said.

While Johnson managed to get a proper tortilla slap in, he joked that he was nonetheless still angry about being hit across the face twice in a row.

“You slapped the shit out of me, by the way, on that first one,” Johnson said. “You busted my eardrum. My fucking eardrum is bleeding.”