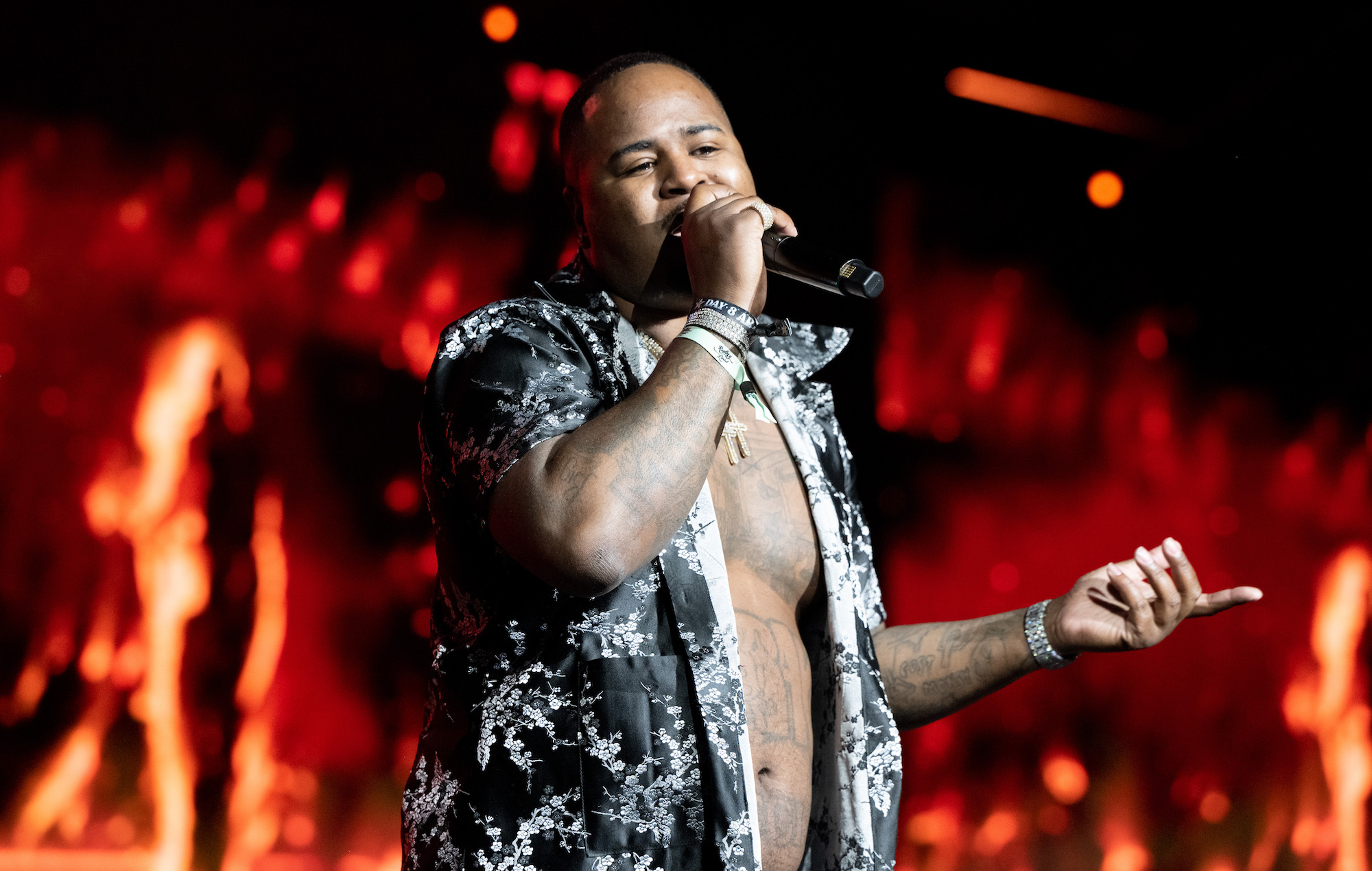 
Drakeo The Ruler has reportedly died after being stabbed at Once Upon A Time in LA Festival on Saturday (December 18).

The rapper, 28, was booked to play the festival at Exposition Park alongside Snoop Dogg, Ice Cube and 50 Cent.

The Los Angeles Times reported that authorities did not confirm the identity of the victim but that a person with direct knowledge of the incident told the publication that it was Drakeo the Ruler (real name Darrell Caldwell).

Today (December 19) TMZ reported that multiple sources said Drakeo had died after succumbing to his injuries. It’s claimed that he got into an altercation backstage.

The festival was shut down due to the incident, with organisers writing on social media: “The Once Upon A Time In LA Fest is ending early. All performances are now over. Please head to the closest exit and head eastbound on MLK.”

One source said that a video captured the aftermath of the stabbing, and showed people running up on stage and security trying to break up a fight.

The music festival was running behind schedule. Snoop Dogg was scheduled to perform at 8.30pm but a DJ on the main stage had been playing for approximately 45 minutes. At about 9.20pm the backstage entrance appeared to be blocked to anyone but police officers.

Tributes have started to pour in for the late rapper including from Drake. He wrote on his Instagram Stories: “Nah man this sh*t isn’t right for real wtf are we doing 😔😔😔 always picked my spirit up with your energy RIP Drakeo 🤞🏽”

Drake reacts to the passing of Drakeo The Ruler.🙏🏽

“Nah man this sh*t isn’t right for real wtf are we doing 😔😔😔 always picked my spirit up with your energy RIP Drakeo 🤞🏽” pic.twitter.com/G4lriXj7Iv

Jeff Weiss wrote: “RIP Drakeo, the greatest West Coast artist of a generation, a legend who invented a new rap language of slippery cadences, nervous rhythms, and psychedelic slang, who beat life twice only to suffer the most tragic fate conceivable. The Ruler, once, always, and forever.

RIP Drakeo, the greatest West Coast artist of a generation, a legend who invented a new rap language of slippery cadences, nervous rhythms, and psychedelic slang, who beat life twice only to suffer the most tragic fate conceivable. The Ruler, once, always, and forever. 💔 pic.twitter.com/WKKjMV9PML

“I’m devastated. Going to log off for a while and try to process this. My love to his friends, family, and anyone who understand the struggle that he endured and loved his music. He was special, a legit genius and a kind, caring friend. There are no words to convey the grief.”

Snoop Dogg, who was also set to perform at the event, expressed his shock over the incident on Instagram, writing: “I’m saddened by the events that took place last night at the Once Upon a Time in LA festival.”

“My condolences go out to the family and loved ones of Drakeo the Ruler,” he said, adding “Last night I was in my dressing room when I was informed about the incident and chose to immediately leave the festival grounds. My prayers go out to everyone affected by the tragedy.”

Drakeo released his debut album ‘The Truth Hurts’ this year after releasing 10 mixtapes between 2015 and 2021.

In 2019 he was acquitted of felony murder and attempted murder charges in relation to a 2016 shooting death of a 24-year-old man, and was later retried on conspiracy charges. The rapper eventually struck a plea deal and was released from custody in November 2020.

Tributes have begun to be paid to the rapper following reports of his death, with the likes of Saweetie, Kenny Beats, Guapdad 4000, DJ Akademiks and more mourning the star.

Drakeo was killed while working. Was there for a performance. All these get out the streets tweets/leave your city tweets. Shut the fuck up. No reason why a knife should be able to be snuck into a music festival. Especially since the Travis Scott shit. Rip Drakeo hope his fam sue

Rest in Peace, Drakeo. Your legacy will live on forever. pic.twitter.com/nb1THxJvIY