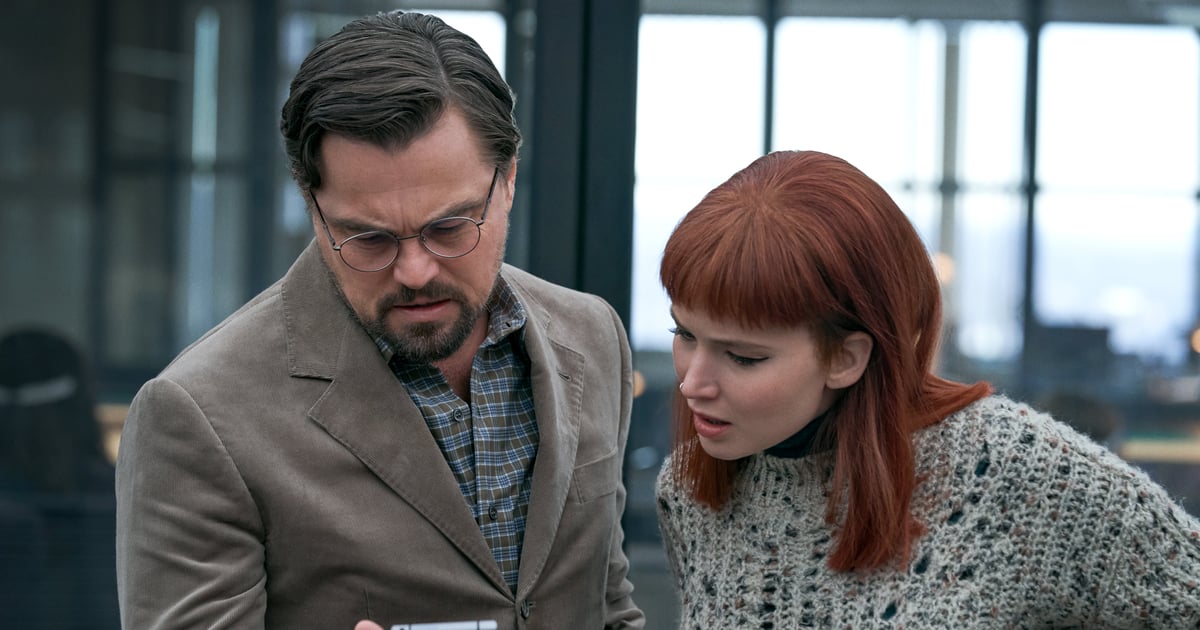 
Fittingly, Don’t Look Up is about a comet that’s en route to destroying our planet, and yet I’m still focused on something other than the end of the world: the cast’s hair. Between Jennifer Lawrence‘s red micro bangs, Leonardo DiCaprio‘s professorial beard, and Timothée Chalamet‘s unbrushed mullet, my attention is officially diverted from the tragic fate of the world. Call me a nihilist, but if today was the last day before a rock from space hurled into the Earth, I’d probably spend it talking about Timothée (or watching Dune; the plan is a work in progress).

To be fair to director and screenwriter Adam McKay, Don’t Look Up is a timely black comedy about no one caring about the fatal effects of climate change — something I think we can all relate to these days. Still, while many critics are paying credit to the script, it’s equally important to give the film’s hair department lead, Patricia Dehaney, her flowers, because creating these characters’ distinct looks (again, red micro bangs) during a pandemic in Boston — in the winter! — wasn’t a cakewalk. Luckily, most of the process was a collaborative effort for the entire cast and crew (some actors even brought their own wigs to set), which only makes the results all the more impressive.

Ahead, Dehaney, who, for the record, has an Academy Award for best achievement in makeup and hairstyling, walked us through all of the hair looks in Don’t Look Up.