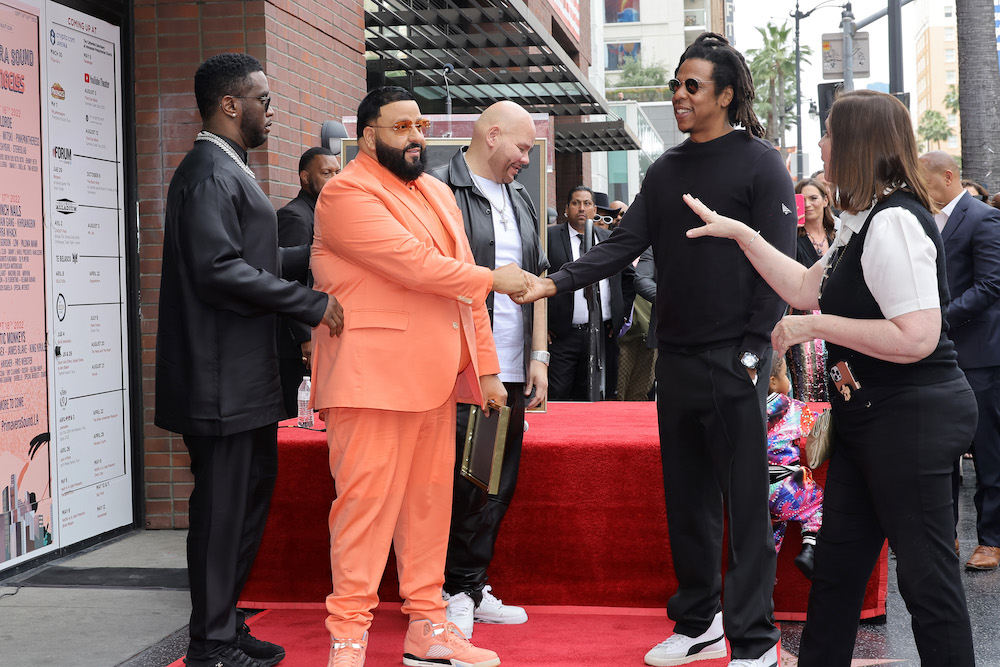 
DJ Khaled received a star on the Hollywood Walk Of Fame today in a ceremony attended by previous collaborators Jay-Z, Diddy, and Fat Joe. As Fox 11 Los Angeles points out, Khaled’s star is the 2,719th since the completion of the Walk Of Fame in 1961. Khaled also got an extra-long handshake from Jay-Z to mark the occasion.

Also accompanied by his wife Nicole and their two sons Asahd and Aalam, Khaled said at the ceremony: “I’m not a regular type of person, I’m a different type. There’s only one Khaled… I want my star to represent the light, the love that shines on everyone. God put me on earth to be a light.”

He continued: “The room can be pitch dark and when I walk in it’s bright. When it’s dark I’m the light and when it’s the light I’m a brighter light… So I want everyone to take this star light and know that this is forever and this is for all of us… That’s why I always say we’re the best and scream and keep going because it’s not just me, it’s we.”

DJ Khaled just got his Hollywood Walk of Fame star with Diddy, Fat Joe and Jay-Z in attendance to support him with the longest handshake ever