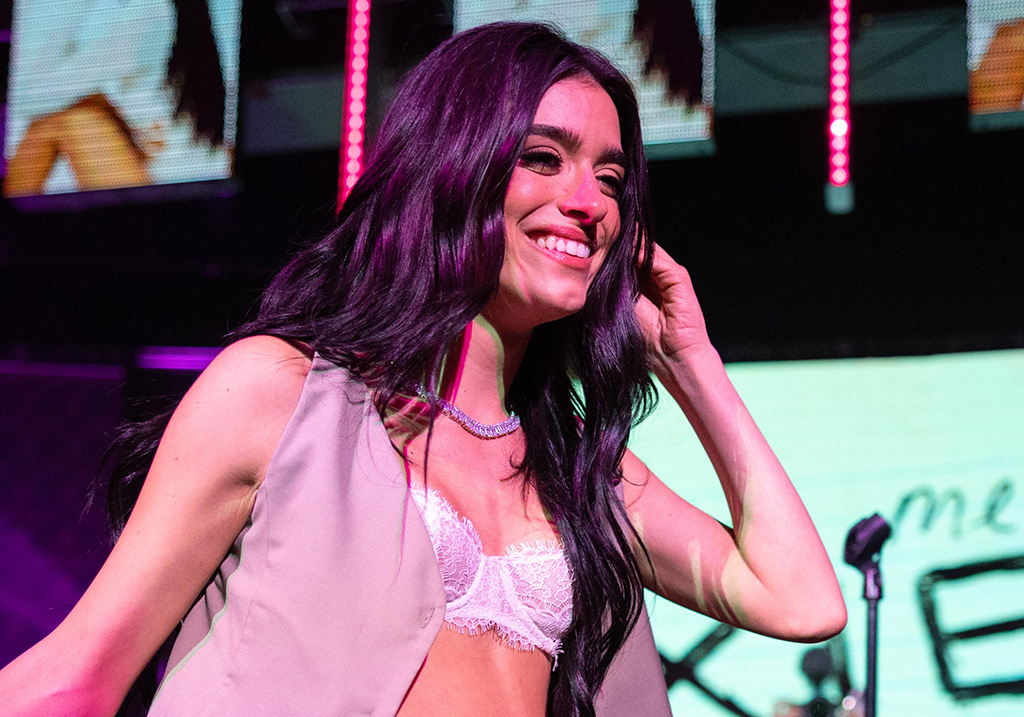 Dixie D’Amelio took a very casual approach to menswear-inspired dressing to celebrate her debut album in Los Angeles on Tuesday.

The social media influencer hosted a music release launch party for “A Letter to Me” with celebrity friends, including Derek Hough and Tiffany Haddish. During the event, D’Amelio performed multiple songs from her new album.

When it comes to shoes, D’Amelio typically keeps it casual, much like this look. Her rotation often features sneakers by Nike and Vans, as well as platform sandals and boots by Steve Madden, By Far and Jimmy Choo. For more formal occasions or events, she prefers platform heels and pointed-toe pumps by top brands like Giuseppe Zanotti, Stuart Weitzman and Versace, as well as flats by Valentino.

See D’Amelio’s best looks since rising to fame in this gallery.