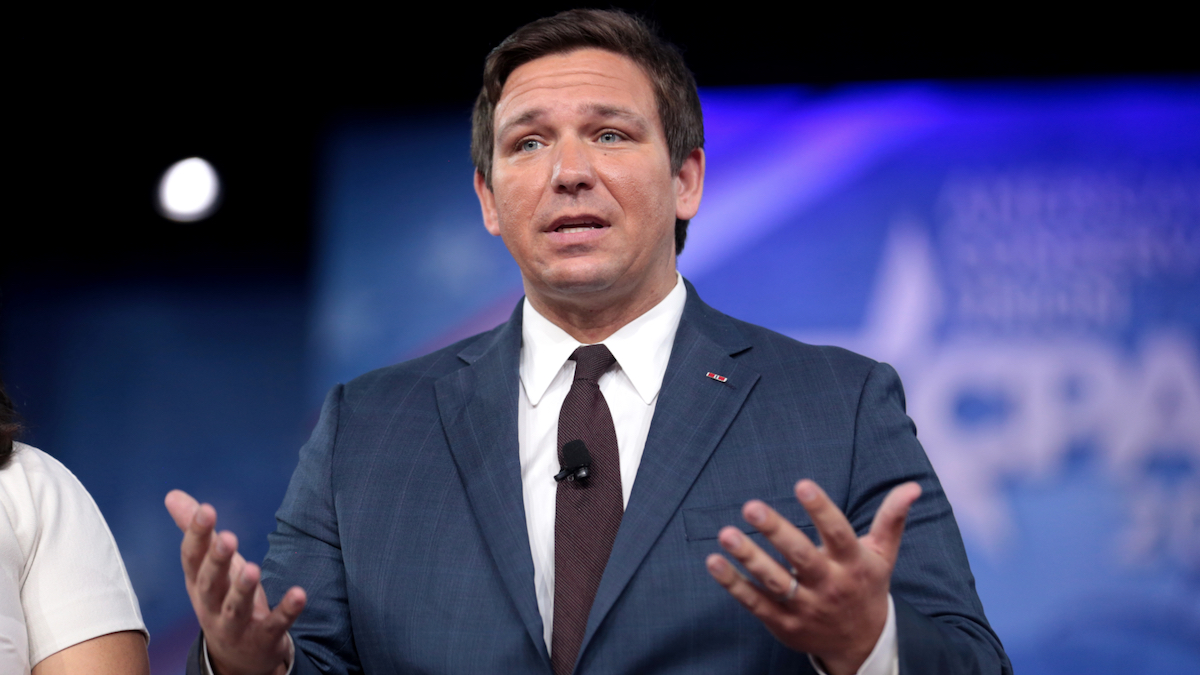 “Florida’s HB 1557, also known as the ‘Don’t Say Gay’ bill, should never have passed and should never have been signed into law,” a Disney spokesperson said today, March 28th, following the signing. “Our goal as a company is for this law to be repealed by the legislature or struck down in the courts, and we remain committed to supporting the national and state organizations working to achieve that. We are dedicated to standing up for the rights and safety of LGBTQ+ members of the Disney family, as well as the LGBTQ+ community in Florida and across the country.”

Disney originally kept silent about the “Don’t Say Gay” bill. In a memo, CEO Bob Chapek said that “corporate statements do very little to change outcomes or minds… Instead, they are often weaponized by one side or the other to further divide and inflame.”

The company also came under fire following reports that they had donated to every sponsor of the bill. “While we have not given money to any politician based on this issue, we have contributed to both Republican and Democrat legislators who have subsequently taken positions on both sides of the legislation,” Chapek said, implying that the donations were just a formality of operating a major theme park in Florida.

Naturally, Disney employees fought back. In an open letter earlier this month, LGBTQ+ animators and allies at Pixar accused the Mouse House of censoring same-sex affection from their films. “Nearly every moment of overtly gay affection is cut at Disney’s behest, regardless of when there is protest from both the creative teams and executive leadership at Pixar,” the letter read. “Even if creating LGBTQIA+ content was the answer to fixing the discriminatory legislation in the world, we are being barred from creating it. Beyond the ‘inspiring content’ that we aren’t even allowed to create, we require action.”

Following the backlash, Disney pledged $5 million to the Human Rights Campaign and other LGBTQ+ organizations, which the HRC declined to accept. Chapek also apologized for the company’s handling of the “Don’t Say Gay” bill. “Thank you to all who have reached out to me sharing your pain, frustration and sadness over the company’s response to the Florida ‘Don’t Say Gay’ bill,” he wrote in a memo. “Speaking to you, reading your messages, and meeting with you have helped me better understand how painful our silence was.”

The CEO continued, “It is clear that this is not just an issue about a bill in Florida, but instead yet another challenge to basic human rights. You needed me to be a stronger ally in the fight for equal rights and I let you down. I am sorry. I missed the mark in this case but am an ally you can count on — and I will be an outspoken champion for the protections, visibility and opportunity you deserve.”

Since the employee backlash, Pixar has restored a previously-cut same-sex kiss scene to the forthcoming Toy Story spinoff film Lightyear.