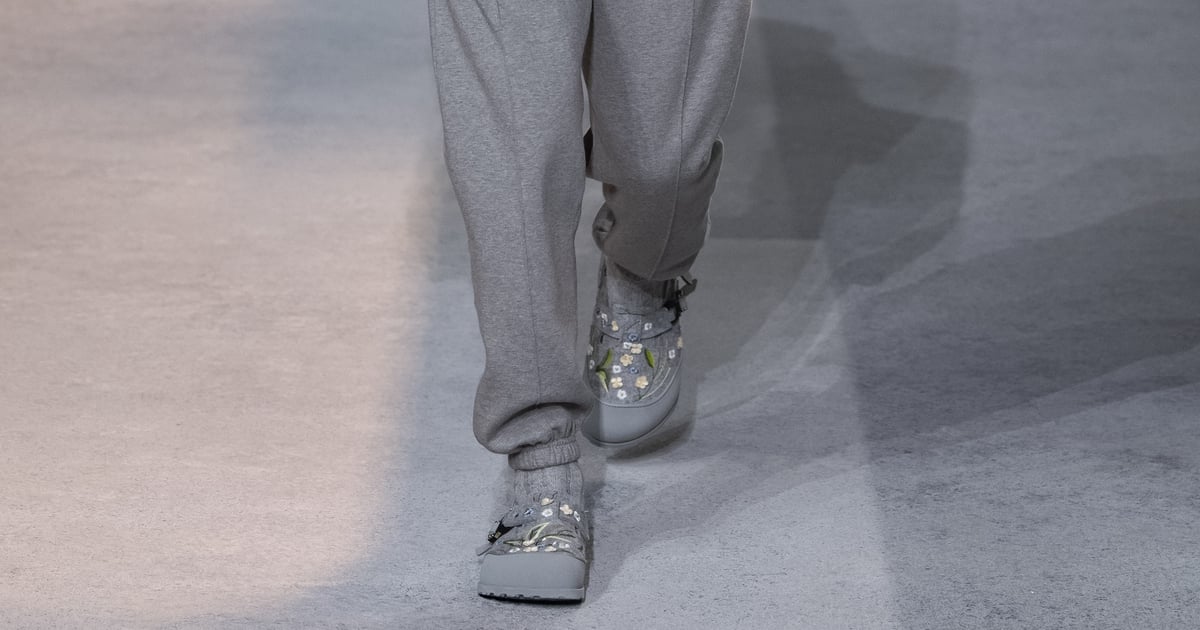 
In the midst of Men’s Fashion Week in Paris, a glimpse at the footwear on the Dior runway stopped me dead in my tracks: Are they wearing Birkenstocks? Like, really-luxe Birkenstocks? A little while later, an email from Dior PR confirmed my suspicions. Dior partnered with Birkenstock to launch their own collaboration, which they aptly debuted on the winter 2022 runway. The whole lineup of new winter looks was, in fact, finished with a pair of Dior by Birkenstock clogs, all crafted in the same “Dior gray” and neutrals. Chic.

The iconic brands partnered for the first time on this collaboration, introducing two reinvented Birkenstock classics. Both the Tokio mules and the Milano sandals were given the Dior treatment, rendered in felt and suede and finished in the same seasonal palette that designer Kim Jones chose for the winter clothes. There are also elegant nods to the Dior heritage — a tribute to Monsieur Dior’s love of gardening with the function-meets-fashion rubber details and a version of the Tokio mule that comes covered with floral embroidery. There’s also a fitting tribute to the Dior saddle bag via the shoes’ hardware. Overall, the designs point to, as the brand relayed in its press release, “a contemporary ode to function and elegance.” And as the collaboration relates to larger fashion trends, an indication that comfortable footwear is here to stay.