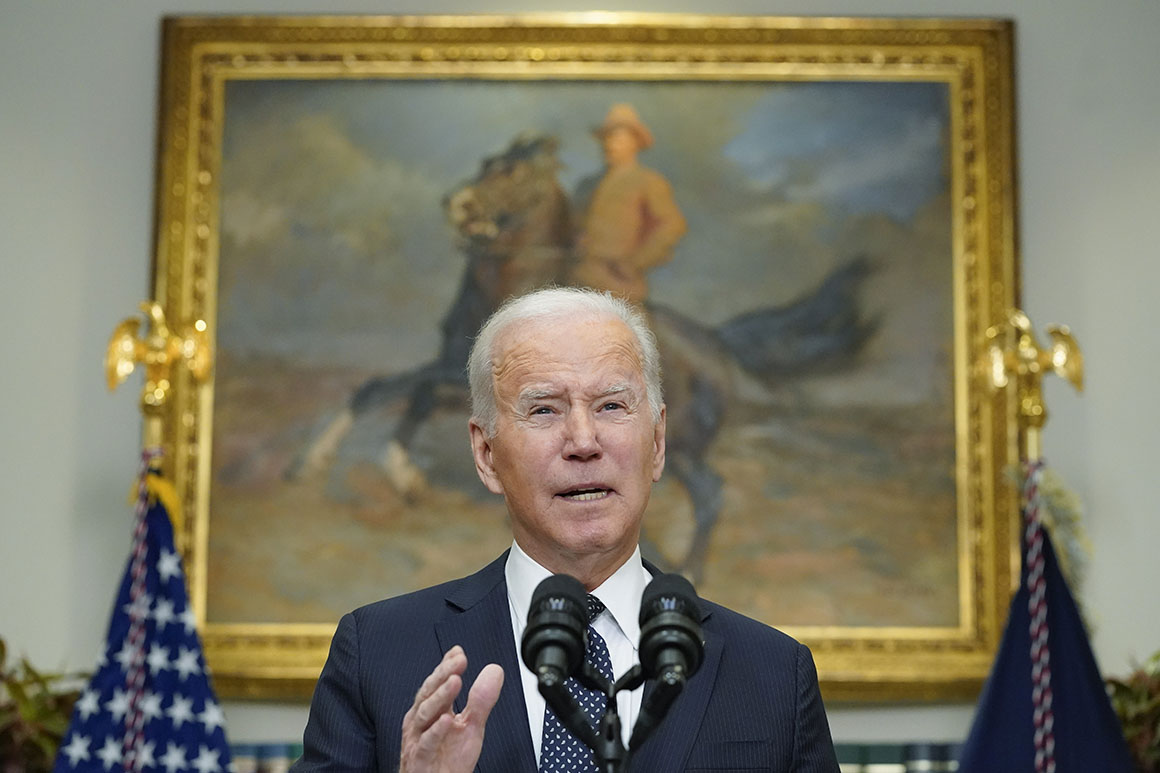 
“Every American agrees we must lead the world in scientific research,” a Republican leadership aide, who is close to ARPA-H discussions, said. “But based on member conversations I’ve witnessed, the majority of Republicans in the House worry ARPA-H will become another slush fund for Fauci-minded scientists — unchecked scientists who will use more government money just to curate their public image rather than get results.”

There rarely has been heated disagreement about increasing the NIH’s budget or backing new research into conditions, like cancer and Alzheimer’s disease, impacting scores of Americans.

But the GOP anxiety over ARPA-H reflects a larger culture battle that could come into sharp focus with midterms in November, seriously jeopardizing slim Democratic congressional majorities. Democrats also are having internal disputes about where the new agency should live, renewing a debate from last year that could extend the timeline for finalizing legislation to create ARPA-H.

Senate HELP Chair Patty Murray (D-Wash.) “is in ongoing negotiations” with Ranking Member Sen. Richard Burr (R-N.C.) “on authorizing language for the ARPA-H proposal, including where the agency should be housed,” a Democratic committee aide said.

In conversations with POLITICO, Democrats sought to downplay divisions over the NIH dispute.

“I think that the issue of where it is housed … it got overblown,” said Rep. Diana DeGette (D-Colo.), who proposed in a bill with Republican cosponsor Fred Upton (Mich.) that the agency reside at NIH. “I don’t think it matters so much where it’s housed as it matters how it’s structured, to both give it the independence but also the ability to cross pollinate.”

But while DeGette and Upton work with House Energy and Commerce Health Chair Anna Eshoo (D-Calif.) to reconcile their bill with hers making ARPA-H a standalone agency under the Department of Health and Human Services, senators refuse to publicly say where they stand.

“It seems like there’s a lot of different ideas as to what might be accomplished,” Rep. Cathy McMorris Rodgers (R-Wash.), who is teed up to lead the Energy and Commerce Committee if the House flips to Republican control, said. “You need to ask questions around why some of these programs that currently exist at NIH…they don’t feel like they’re working?”

The location of a new agency with a potential budget of $6.5 billion is no small question. Democrats and Republicans have questioned whether NIH has the right culture for a bold initiative to accelerate years of medical progress and pivot fast on failures, but the two parties are sharply divided on what reforms, scrutiny and reproach mean. Democrats point to the need to boost peer review, diversify research grants and turn more quickly away from ineffective studies. Advocates also argue that NIH is focused on discovery research and early development, while a successful ARPA-H model would see a new innovation through to launch and implementation.

Republicans such as Sen. Rand Paul (R-Ky.) cite unproven claims that NIH funded dangerous research into the origins of the coronavirus. Others in the party point to what’s been dubbed a “culture problem” at the agency where grants move slowly and in limited circles of scientists, potentially shutting out new and innovative work.

“Don’t punish the patients because the NIH needs reforming,” said Suzanne Wright Foundation’s Liz Feld, whose cancer research group has long pushed for an ARPA-H vision. “The kinds of reforms we’re talking about at the NIH will take a long time. If nothing else, this whole process, hopefully, has shed light on the fact that the NIH should not be above scrutiny and reproach.”

The president, meanwhile, has made a point of talking about ARPA-H as an NIH vision. “And I’m calling on Congress to fund my proposed ARPA-H — the Advanced Research Projects Agency for Health,” he said in a Feb. 2 speech. “This will be a new kind of entity within the National Institutes of Health — the NIH — with autonomy and authorities to drive unprecedented progress in biomedicine.”

But Biden is leaving the door open to negotiate with lawmakers, said Carrie Wolinetz, deputy director for health and life sciences at the Office of Science and Technology Policy. “The President’s position is public about it being NIH but I think ultimately what we are really hoping for is to make ARPA-H a reality and a success.”

She added: “One of the main things he’s asked Francis to really concentrate on is ARPA-H and getting it across the finish line with Congress.”

The clock therefore is ticking for Democrats to make ARPA-H a reality — and putting Collins back on top of the effort may not help.

Republicans have made it clear that if they retake the House, they will launch investigations into NIH funding of infectious disease studies and its handling of the pandemic. On the Senate side, two of the party’s most stalwart supporters of medical research and pandemic preparedness — Burr and Missouri’s Roy Blunt — are retiring. Paul, who has sparred with Fauci and questioned NIH research, stands a chance of helming the health committee in a GOP-controlled Senate. Fauci has vehemently denied Paul’s allegations.

“I’m a little sad that those elements have been brought in,” said Geoffrey Ling, an ARPA-H proponent and Obama-era OSTP official who also worked at the Pentagon’s model for the agency, the Defense Advanced Research Projects Agency. “NIH is very successful at discovery science … So, in my mind, why mess with that? It’s working. Don’t screw with it.”

But that underscores the need for an independent new agency that would make that early science into usable medicines and systems, he said. “The question that we have now is how to take that science and turn it into capabilities. That’s why we need an ARPA-H.”

Besides the fundamental question of ARPA’s location, lawmakers and patient advocates are hammering out a score of authorities — such as a director’s tenure, who he or she reports and how to measure success — that could make or break the proposed agency’s lofty goals.

Their battle to see a multibillion-dollar vision materialize will only become more difficult under a Republican-controlled Congress and without a clear leader in the administration to settle current divides.

“You need a visionary scientist … and that’s missing at the moment,” said Friends of Cancer Research’s Ellen Sigal, who has advocated for the agency. But she and others remain optimistic, in large part because of Biden’s personal and familial allegiance to new medical innovations like a cure for the brain cancer that killed his son, Beau. “This is a serious personal commitment. I have no doubt that President Biden will find a way to get this done.”