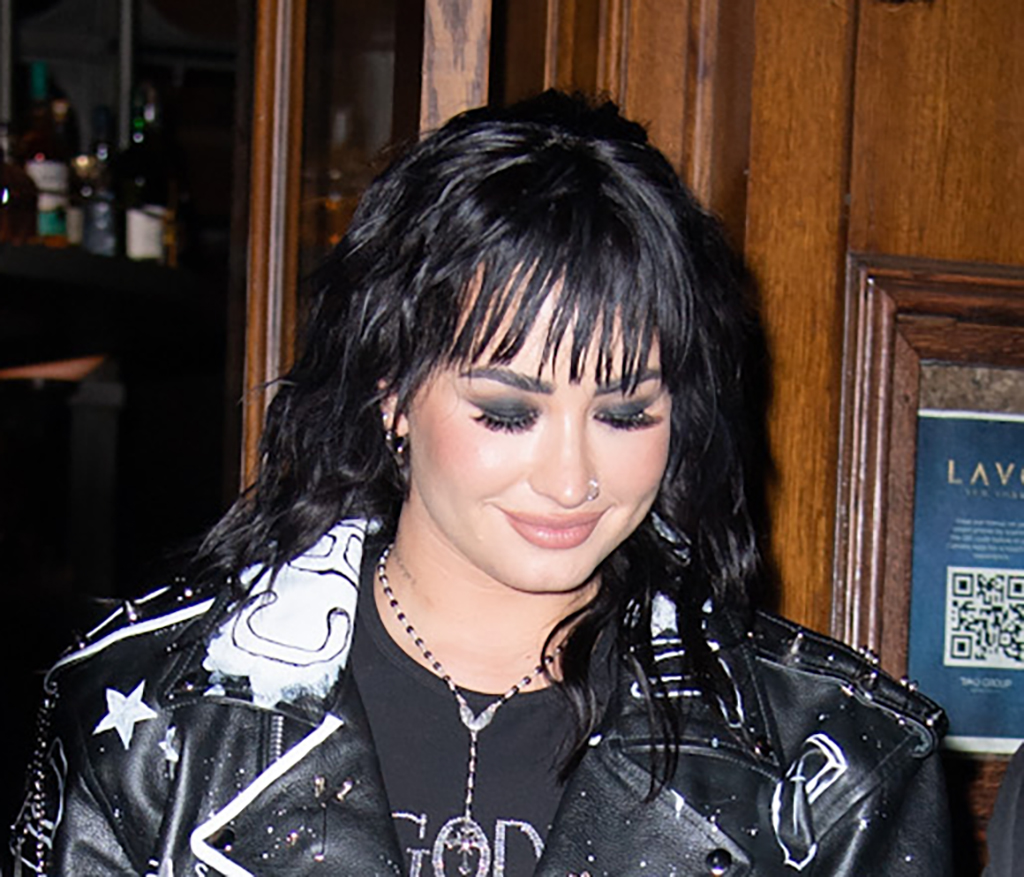 Demi Lovato took to the streets of New York yesterday for a night out with her boyfriend, fellow musician Jute$.

While casually grabbing dinner, Lovato donned a rocker-chic outfit to match her boyfriend’s edgy style statement. The “Confident” singer has been showing audiences a different side of herself, shifting her style from whimsical patterns and colors to something akin to the ’90s punk scene.

In leu of color, Lovato instead opted for a black band tee paired with a shiny black and white leather jacket with phrases and symbols scrawled across the fabric. The impressive jacket was also studded with chains that gave the jacket extra edge. The “Camp Rock” alum was far from her Disney Channel days, the star donning a red, black and white plaid pleated schoolgirl skirt, layering on black fishnets underneath.

Often made of leather, loafers are slip-on shoes that were first popularized in the 1950s, yet evolved over time into many styles and silhouettes.