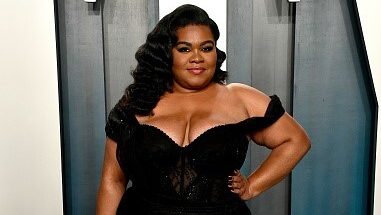 
EXCLUSIVE: Da’Vine Joy Randolph is set to join Paul Giamatti in Alexander Payne’s next feature film, The Holdovers. Miramax landed worldwide rights to the film last summer with Payne on board to direct. David Hemingson is writing and producing with Mark Johnson and Bill Block also producing. Production is set to start today in New England.

The film follows Deerfield Academy teacher Paul Hunham (Giamatti) who nobody likes — not his students, not his fellow faculty, not the headmaster, who all find his pomposity and rigidity exasperating. With no family and nowhere to go over Christmas holiday in 1970, Paul remains at school to supervise students unable to journey home. After a few days, only one student holdover remains — a trouble-making 15-year-old named Angus, a good student whose bad behavior always threatens to get him expelled. Joining Paul and Angus is Deerfield’s head cook Mary (Randolph) who caters to sons of privilege and whose own son was recently lost in Vietnam. These three very different shipwrecked people form an unlikely Christmas family sharing comic misadventures during two very snowy weeks in New England. The real journey is how they help one another understand that they are not beholden to their past — they can choose their own futures.

Randolph had her breakout role in the Netflix dramedy Dolemite is My Name where she held her own opposite the film’s star, Eddie Murphy. She can be seen next in Paramount’s The Lost City opposite Sandra Bullock and Channing Tatum. She was also recently seen in Only Murders In The Building for Hulu. She is repped by Paradigm, Lighthouse Entertainment and Fox Rothschild.