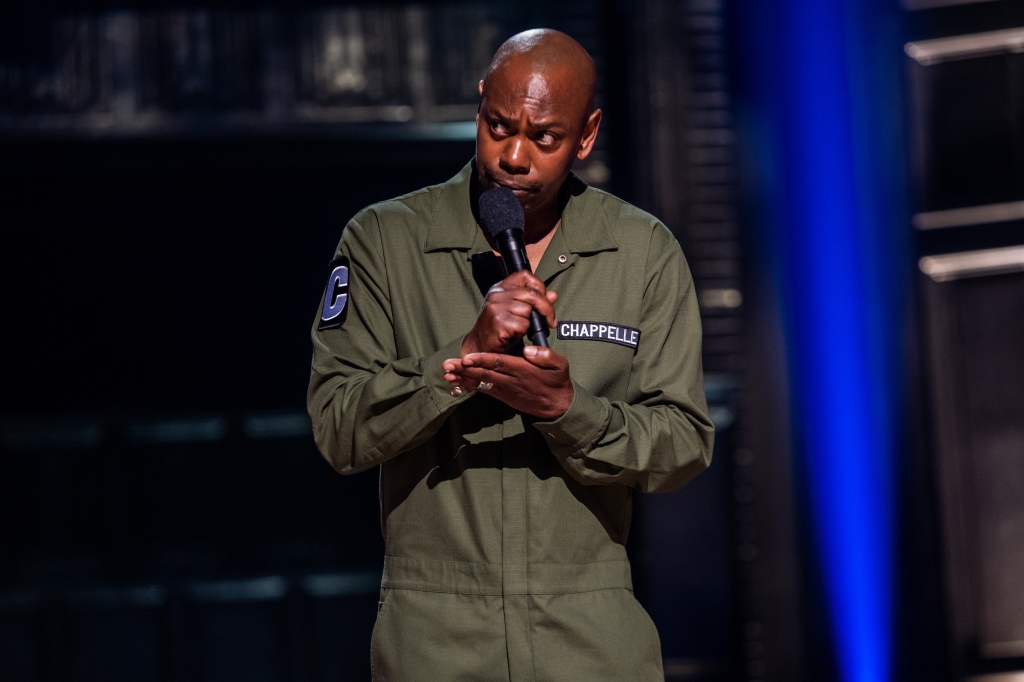 Chappelle was on hand in Ohio to introduce Jay-Z at the event.

‘I would like to apologize…nah, I’m just f***ing with y’all,’ Chappelle said, as he began his speech. For the uninitiated, Chappelle has been under fire for transgender jokes and statements in his most recent Netflix special, The Closer.

When Chappelle finished his introduction, he caught up with Sarandos in the backstage area, giving him a handshake. They then posed together for a picture, with smiles and laughter observed during their conversation.

The moment came just a day after two transgender Netflix employees filed labor charges against the company. The lawsuit claims retaliation for complaints about Chappelle’s comedy special on the streamer. The company has also experienced a walkout by employees in protest of the special.

Sarandos has been publicly supportive of Chappelle’s right to free speech while trying to mollify the internal dissenters.

The Closer is the last Chappelle special under his current deal with Netflix.