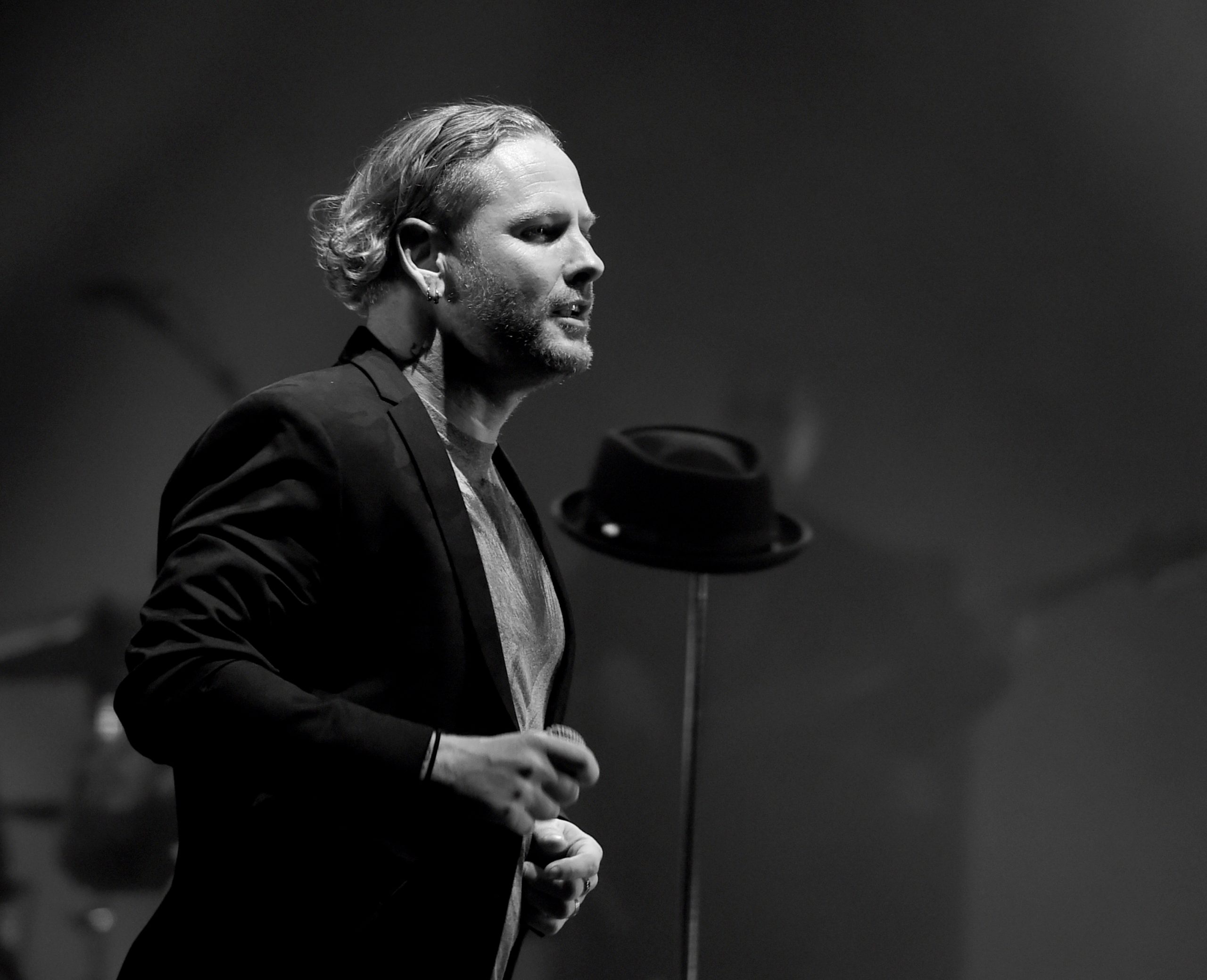 
Slipknot frontman Corey Taylor and rapper turned pop-punk star Machine Gun Kelly have been feuding for the past few months. Last year, Taylor told a podcast that he hates “artists who failed in one genre and decided to go rock, and I think he knows who he is.” Then MGK talked shit on Slipknot while playing opposite them at Riot Fest. That escalated into an online argument about a failed collaboration involving Travis Barker. And during the Q&A portion of his show aboard the ShipRocked cruise this week, Blabbermouth reports, Taylor addressed the bad blood, saying it all started with MGK’s rant about rock stars who wear comfortable shoes on an Instagram Live interview with Spotify.

“The state of rock and roll depends on rock stars. I gotta see some ‘fuck you.’ I have to see some ‘fuck you.’ I want some attitude, dude,” MGK said in the interview. “This is what I will tell you. I did Warped Tour and these motherfuckers would wear comfortable shoes onstage every day. Fuck your fucking Nike New Balance fucking comfy shoes because it makes you feel comfortable. Put on some Doc Martens, you fucker. Put on some Chucks. Put on some Vans. It’s not about you, it’s about the show. I fucking hate your feet, I hate your shoes, I hate everything about… you’re comfortable. Rock and roll’s not comfortable. It’s uncomfortable. It’s a metaphor. Your shoes are a metaphor. Fuck you.”

That didn’t sit well with Taylor. “For those of you that don’t know, MGK doesn’t like me very much. And let me follow that up by saying I don’t care,” he told the audience at ShipRocked. “I won’t fill you in on the whole fucking story because you can go online and look it all up. However, I will say this: He maintains that I started it. The truth is he started it. Now, I will explain to you why. If you don’t know, they asked me to do a tune with him. They sent it to me. I didn’t dig it. And I tried to do something with it because of my respect for Travis, because he and I worked together before. They sent me these really weird notes and they wanted me to sing his words. And I just said, ‘I’m not gonna do it.’ And I sent an email. I posted that email. And I didn’t hear back from him. And I thought it was done. Fast forward about eight months, and Machine Gun Kelly is doing this weird Instagram Live interview with Allie from Spotify. And he goes off on this fucking rant about rock stars and comfortable shoes. It sounds as smart as you think it is.”

“I mean, spit was coming out of his face,” Taylor continued. “And I’m watching it and I’m going, ‘You fuck. You’ve been here for five minutes, basically, and you’re gonna fucking run your mouth about bands that have been doing this for 20 fucking years, like in the mud, in the dirt. They’re gonna wear whatever the fuck they want. You’re gonna walk in here with your fucking black tongue and try to talk some shit on some bands that would fucking circle your ass? Fuck you.’ So when I had my opportunity to say something, I did. And I didn’t call him out. I just said what I said about people failing in one genre and sliding over to another. And that upset him. And then he didn’t say anything. Until weeirdly, we’re in Chicago on the same show, and we’re playing basically at the same time. And he wasn’t happy that there were a lot of people at our show — and I do mean a lot.”

“But he, to this day, maintains that I started it,” Taylor concluded. “It’s, like, the only reason I said what I said is because he said what he said. You don’t get to walk into a genre with the history, with the work… The fact that this genre really doesn’t get the fucking respect that it deserves. You don’t get to walk in as some weird substitute teacher and pretend that you can tell us what to wear — boots, shoes, house fucking shoes, slippers. Why don’t you suck every inch of my dick? You don’t get to do that. And these are bands that maybe I don’t even fucking know, but guess what? I fucking respect them because they get on fucking stage and they fucking give every fucking thing they’ve got.”