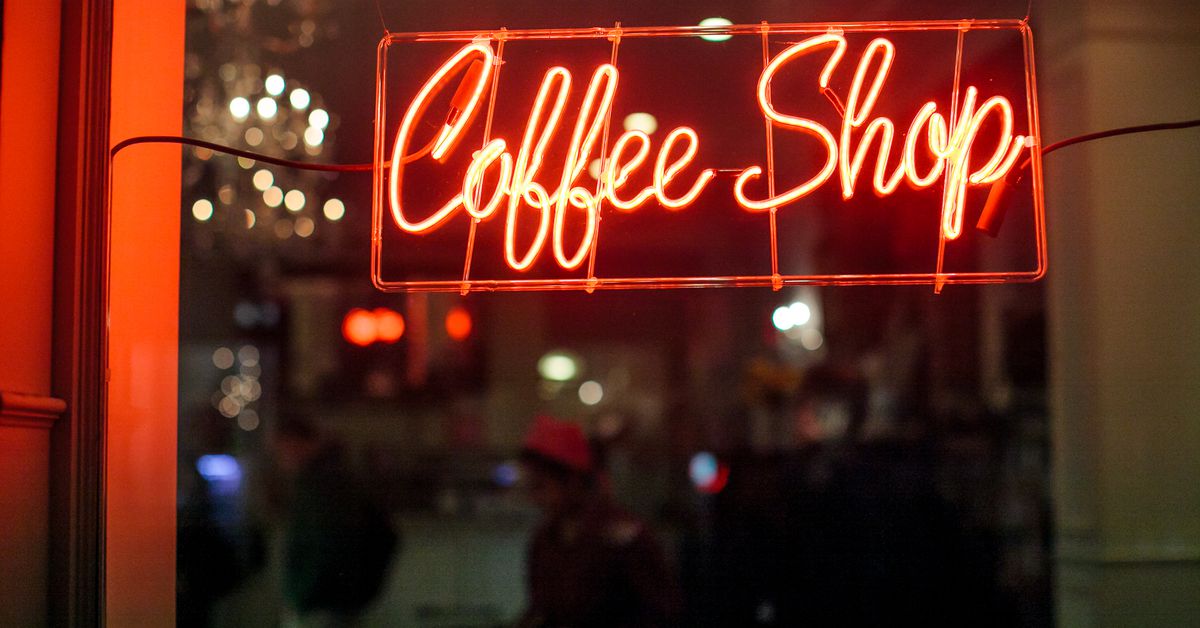 
Despite coffee beans growing largely outside the U.S., coffee has been embraced as America’s unofficial national beverage since as far back as the Civil War, when it was a staple of soldiers’ rations. While different regions around the world have had their own ways of making coffee palatable (mostly with spices and sugar) for centuries, it wasn’t until the mid-1800s that producers began roasting beans, which made coffee both an effective stimulant for the exhausted troops and a drink that actually tasted good, a quality largely missing from the American coffee scene before that point in history.

Though roasting beans was a step in the right direction for a coffee-obsessed culture, coffee in the U.S. got worse again before it got better. By the 1920s, coffee was popular across the country and in American pop culture, with singers like Ella Fitzgerald and, later, Frank Sinatra, crooning about their java. Brands — recognizable names like Folgers and Maxwell House among them — were booming, but despite the ubiquity of roasting, this didn’t mean coffee was consistent, and much of its quality depended on when it was harvested and roasted, how long it was stored, and if it was stale (which it often was). According to coffee historian Jonathan Morris, “a standard American cup of joe in the ’30s would… taste a little bit nutty. It would taste very thin.”

But advertisers and coffee companies eventually seized on this inconsistency in flavors and quality, promising that certain coffee brands could outshine others, while also developing new technology like vacuum packaging to make coffee stay fresher for longer. Robust coffee, often sold as instant coffee, hit the U.S. market in the 1950s and experienced immediate success, which led to decades of Americans guzzling down dark roasts.

The improvement in coffee quality in the U.S. owes itself largely to Erna Knutsen, the secretary-turned-boss of a company called BC Ireland. According to George Howell, coffee aficionado and founder of Boston’s the Coffee Connection, Knutsen is “the one who coined the phrase ‘specialty coffee’ back in the seventies… The coffee she got from Asia, from Kenya, from all over was really just head and shoulders superior to anyone else.” Knutsen was a part of what’s considered the U.S. coffee industry’s second wave, which included Howell’s Coffee Connection, Peet’s in California, and eventually Starbucks, all setting the stage for a country to take coffee and the diversity of its flavors seriously. (Dunkin,’ says Bostonite Howell, has long been ahead of the curve.)

Places like Starbucks not only made fancy-sounding coffee available to the masses, it also created spaces that people wanted to hang out in. But Starbucks, too, remains devoted to the dark roast style first made popular in the ’60s, and in response, we see the swell of America’s third coffee wave, described by Howell as “…very simple. Light roast, in order to convey the real flavor within the bean itself.”

He continues, “[It’s] the craft and the art of the farmer, right? And the processor, that’s sometimes one and the same, or the processors are next door, working with the farmer. But they’re right there and doing that without trying to transform it into something else with a darker roast.”

Listen to this week’s Gastropod, the second part of a two-episode special on coffee, to learn more about coffee’s development from what one poet described as “black as soot and tasting not much unlike it” to the diverse, complex beverage category that we relish in today.