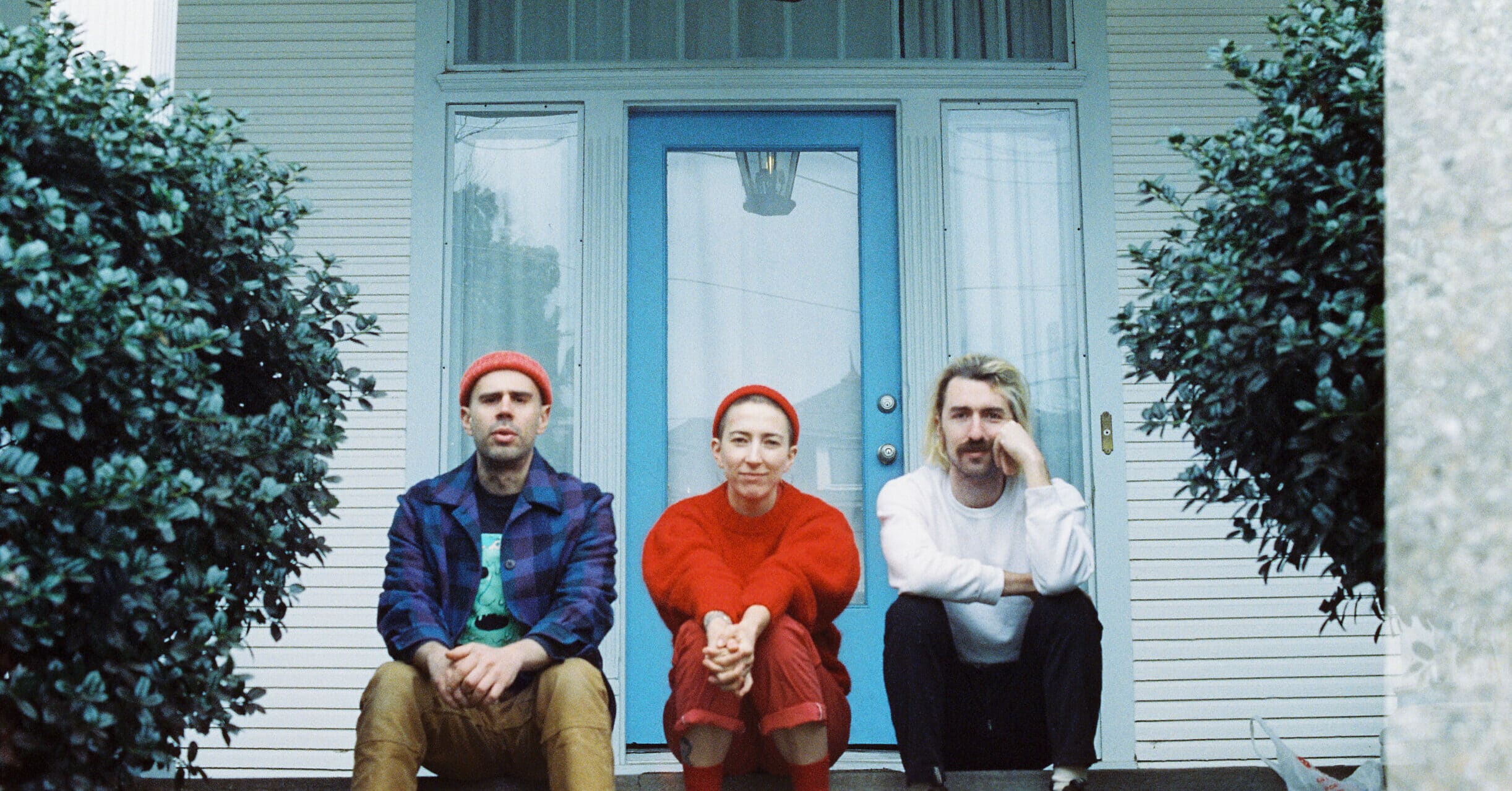 
Coco have shared ‘Anybody’s Guess’, the final single ahead of the release of their self-titled debut album on October 29. Following previous offerings ‘Knots’ and ‘Come Along’, the track arrives with an accompanying video directed by Anna Lian Tes and Stella Hartmann. Check it out below.

“‘Anybody’s Guess’ is the last song on our record, and serves as a summary of sorts,” the band – composed of Maia Friedman (Dirty Projectors, Uni Ika Ai), Dan Molad (Lucius, Chimney), and Oliver Hill (Pavo Pavo, Dustrider) – said in a statement. “In general we were thinking less about traditional song form and more about creating a narrative arc through scene changes – a suite. The bassline melody that accompanies the “doot doot”s is worth pointing out because its origins were in some ways emblematic of the whole record’s approach – we all came up with our own basslines and stitched together the best bits from each one.”

Anna Lian Tes and Stella Hartmann added of the video: “With the help of Tiara Jackson’s choreography, we were able to tell a story of a woman’s transformation after a whirlwind night of love. How do you sit with the unknowing? What final form would you take? Going from a real life setting in an apartment to the gorgeous depths of her mind was important to us. The final moment of becoming the most glamorous, strong woman will hopefully leave the audience thinking, she is going to be okay no matter what. The unknown doesn’t matter. Let that night of love be what it was.”