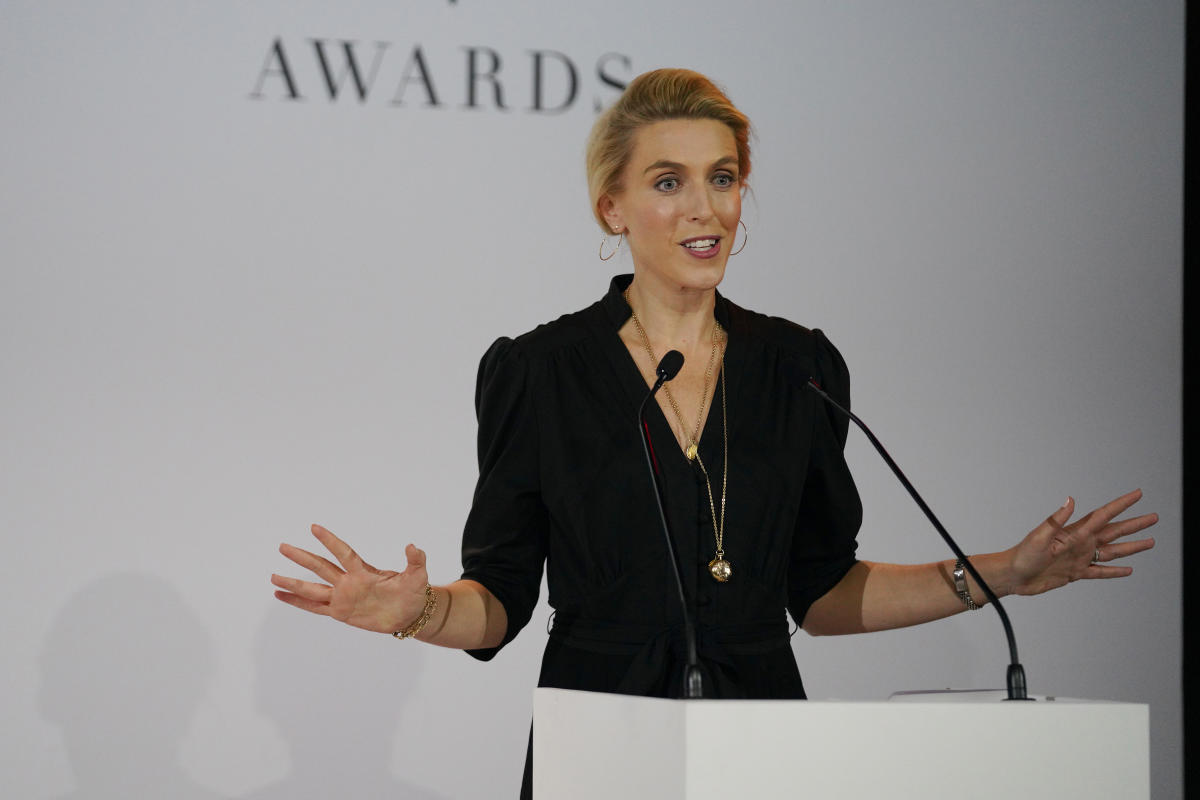 
CNN’s Clarissa Ward stopped her reporting to assist struggling Ukrainians in Kyiv, more than one week after the Russian invasion disrupted life in the country.

In a March 5 video shared by , the chief international reporter wore a helmet as she spoke to the camera about the destruction in the Ukraine capitol. In the background of the scene, Ukrainians walked through the rubble holding their belongings.

“People are so exhausted, they can barely walk,” Ward continued. “They’re having to climb this twisted metal. Many of them are elderly, they’re visibly distressed. It’s just an awful scene — and these people are the lucky ones.”

Ward then helped a woman carry a heavy bag through the destruction.

“People are obviously incredibly affected by this situation,” the reporter noted. “They’re frightened. They’re exhausted. They’re on edge. They’ve got their pets. They’ve grabbed whatever they can.”

On March 4, CNN’s Anderson Cooper , who is filming a documentary about the Russian invasion and working to provide relief for refugees through his organization CORE. Penn told Cooper of the Ukrainian people fleeing towards safety, “A lot of the people, plenty of them well-to-do, left their jobs and bank accounts behind, and so this is their new reality.”

He added, “[Ukrainians] are fighting for their lives, and will continue to fight for their lives, and I feel that we as Americans are plummeting off a cliff — the top of which is our flag which represents all of our dreams and the best of our dreams. We’re plummeting where it will go out of our sight. I don’t know the answers. I don’t know if ‘no fly zones’ will create a nuclear war. I do know that we have to invest everything that we have to support the Ukrainian people, and support President Zelensky, or we will not have a memory of what America used to be.”