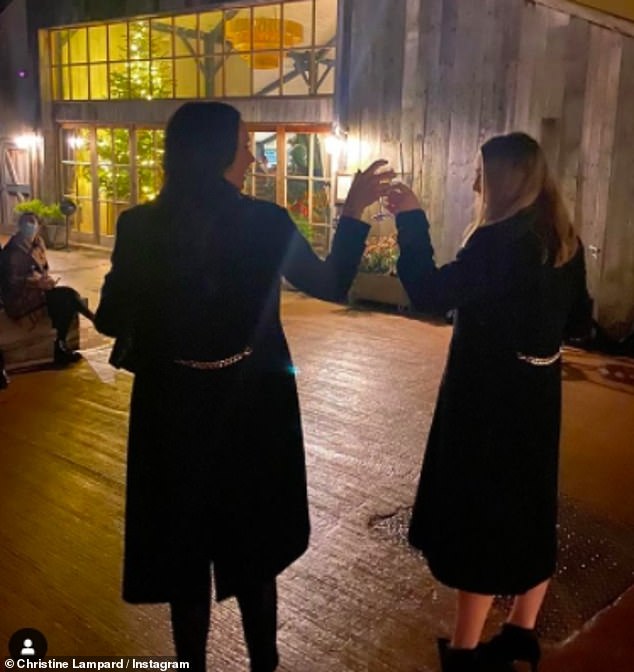 
Christine Lampard shares rare photo with stepdaughter Isla, 14, as they both wear matching stylish black coats during evening out

By Amelia Wynne For Mailonline

Christine Lampard shared a sweet snap with her stepdaughter Isla on Thursday as they spent some quality time together.

The TV presenter, 42, was enjoying an evening out with her husband Frank’s second daughter, 14, who he shares with ex Elen Rivas.

The pair wore matching black coats from Wallis for the outing that featured stylish chain detailing at the back.

Twinning: Christine Lampard shared a sweet snap with her stepdaughter Isla on Thursday as they spent some quality time together

Isla teamed her coat with black heeled boots while Christine opted for dark jeans to complete her look as the pair clinked glasses while enjoying a drink.

She captioned the cute picture: ‘Twinning with my not so little anymore stepdaughter!’

As well as being step-mum to Isla and Luna, Christine also shares daughter Patricia, two, with Frank. 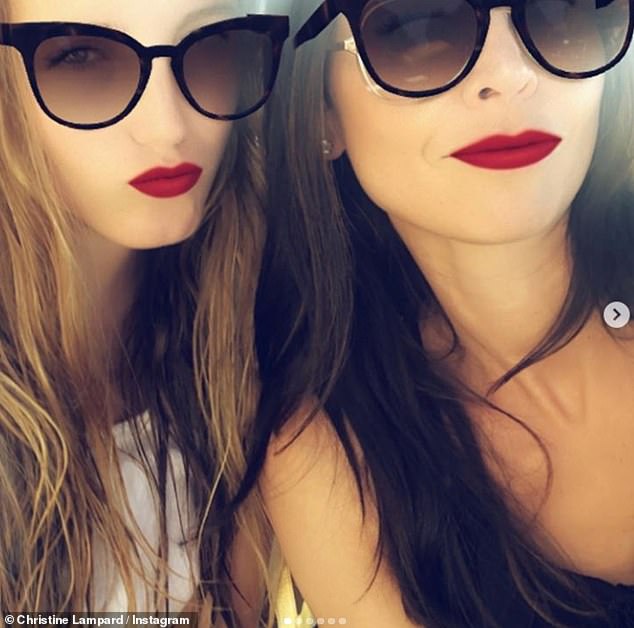 It comes after last year Christine celebrated Isla’s 13th birthday while in lockdown.

The star shared a gushing tribute to her by posting pictures from her low-key celebration at home, as well as throwback snaps from over the years.

In her sweet message to Isla, Christine wrote: ‘How are you 13 already @isla.rl what a beautiful young girl you are! I feel very proud to be your step mum. 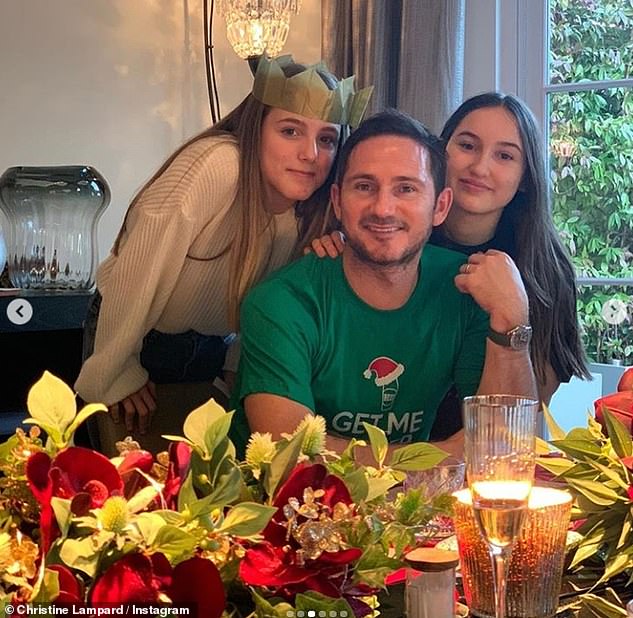 Sweet: Christine is a step-mum to Isla and 16-year-old Luna (right) – the pair are pictured here with dad Frank last Christmas

‘We love you so much [heart emojis] and thank you @fondant_fleur_cakes for the best cake (not an ad, just showing appreciation)’

One snap was from Christine and Frank’s nuptials in a romantic ceremony in Knightsbridge, London in 2015 which saw Isla and her sister Luna act as flower girls for the happy couple.

While another saw Christine and Isla pose for a selfie together while using an Instagram filter that gave them dark red lipstick and chic shades for a stylish look. 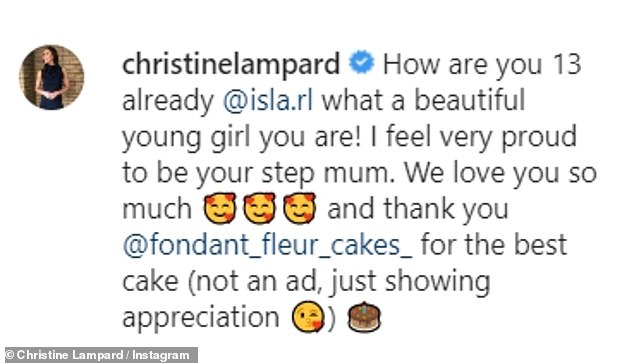 Gushing: It comes after last year Christine celebrated Isla’s 13th birthday while in lockdown and shared a series of images with her

In a picture that appeared to be from last Christmas, Frank was the picture of a doting dad as he smiled beside his two daughters during their festive feast.

Continuing to look back over the years they’ve spent together, Christine also shared a snap of Isla visiting her on set of both Loose Women and This Morning alongside her older sister Luna.

Although they had to celebrate Isla’s big day in lockdown, Christine and Frank made sure that she had a great party at home by getting her a delectable chocolate cake that was surrounded by an array of sweet treats. 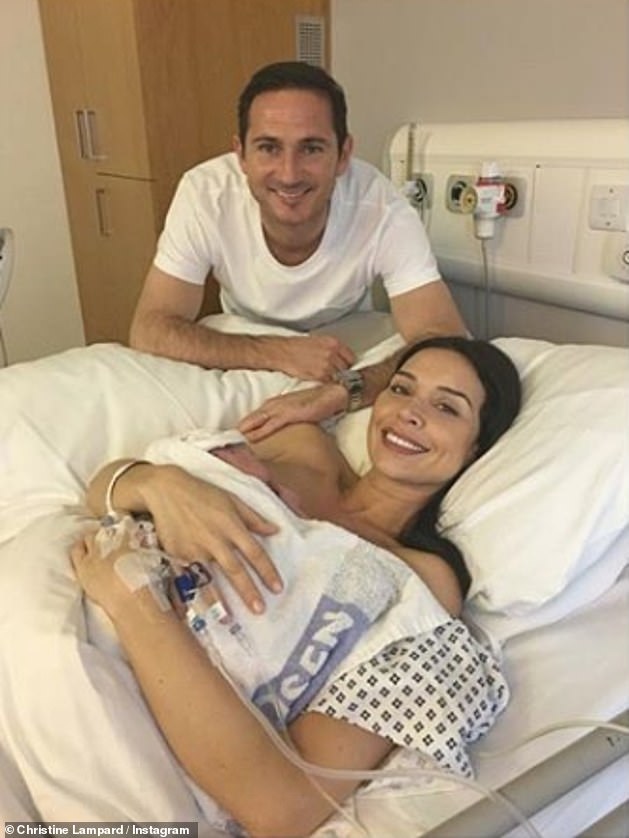 Happy family: As well as being step-mum to Isla and Luna, Christine also shares daughter Patricia, two, with Frank

In 2015, Christine spoke candidly about being a step-mum to Isla and Luna, saying that while it was a tough role to take on she was keen to dispel old notions of the ‘evil step-mother’.

Wanting to be careful of disrupting their lives, Christine added that she and Frank waited until they were sure of their long-term feelings for each other, before introducing her into Isla and Luna’s lives. Helpful: Christine has previously said being a step-mum to her husband’s children helped prepare her for motherhood as she had known them since they were four and two