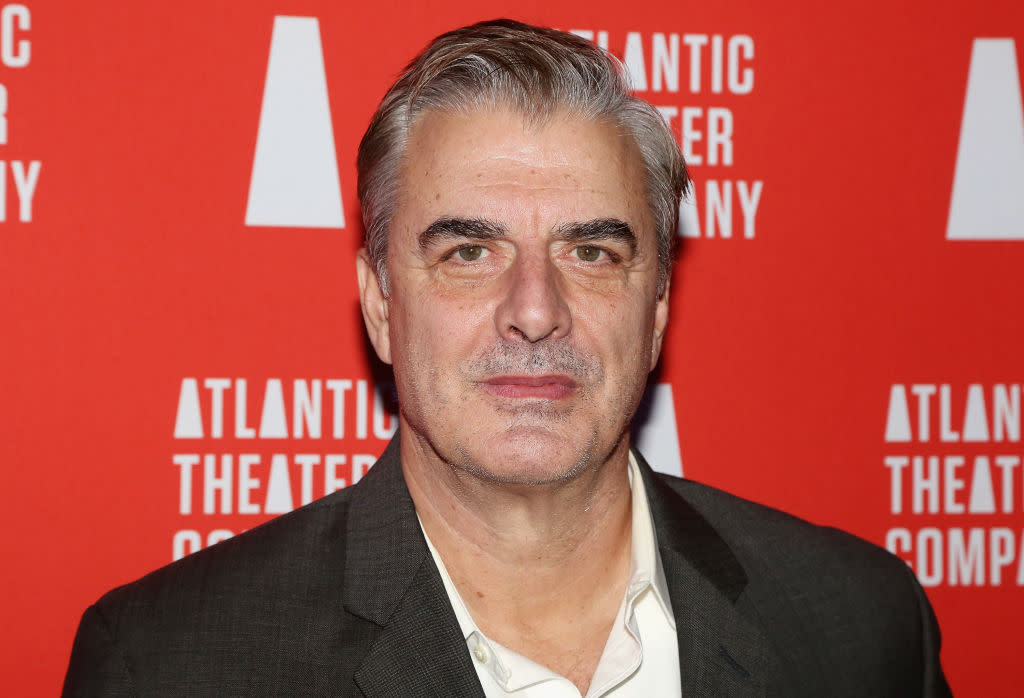 
Chris Noth was dropped from his agency Friday following newly surfaced accusations of sexual assault against the Sex and the City actor.

The Hollywood Reporter revealed Friday that Noth’s now-former talent agency A3 Artists Agency had parted ways with actor, a rep for the agency confirmed. News of the dismissal came after a third woman came forward with an allegation that she was sexually assaulted by Noth in 2010 when she was 18 years old and Noth was 55.

Speaking to the Daily Beast, “Ava” said she was hired as a hostess and singer at a Times Square-area restaurant frequented by Noth. “I cannot remember in detail how many times we spoke, but with great familiarity, one night he told my boss I would sing with him even though I hadn’t filled the restaurant yet,” “Ava” said.

After performing together, they talked about Noth’s career and Ava’s hometown of Toronto. “I love Canadian women,” she said Noth told her as he pulled her onto his lap, groped her and was “pressing me onto his erection.”

After her shift, Ava went to her manager’s office for payment; Noth followed her but “acted as if we had intentionally snuck off together clandestinely.” Once there, Noth began kissing her and pressed her body against a desk. “At first, it felt as though I was the only person in the universe who could hear me saying no,” she said.

Noth then allegedly pulled down her tights and digitally penetrated her; he felt a tampon. “I was so hopeful that would be the end of it,” Ava said, but Noth instead asked if she was near the end of her period and continued to grope her. She tried pushing him with such force that “my limbs hurt the next morning.”

When Noth wouldn’t respond to “No,” Ava instead said “Not here.” Ava then left the office, with Noth saying he’d send a car for her once he got back to his apartment. Noth later texted Ava for her address to send the car, but Ava did not respond.

Like the two previous accusations against Noth, the actor denied any wrongdoing when asked about Ava’s account. “The story is a complete fabrication, and the alleged accounts detailed throughout read like a piece of bad fiction,” a rep for Noth told People. “As Chris stated yesterday, he has and would never cross that line.”

After Noth was back in the news following the death of Mr. Big on And Just Like That… as well as his viral (and now-suspended) Peloton ad, two anonymous women separately came forward with allegations and similar accounts of sexual assault against the actor. Actress Zoe Lister-Jones also shared an incident one of her friends had with Noth, as well as her experience working with Noth on set.

“The accusations against me made by individuals I met years, even decades, ago are categorically false,” Noth said in a statement to Rolling Stone. “These stories could’ve been from 30 years ago or 30 days ago — no always means no — that is a line I did not cross. The encounters were consensual. It’s difficult not to question the timing of these stories coming out. I don’t know for certain why they are surfacing now, but I do know this: I did not assault these women.”

Despite his denials, Noth continues to see fallout from the allegations: On Friday, a $12 million deal to purchase Noth’s tequila brand Ambhar was terminated by its buyer, Entertainment Arts Research. “We thought it would be in our best interest to withdraw from the transaction,” the company’s chief executive Bernard Rubin told the New York Post. “It would have been disastrous for us.”