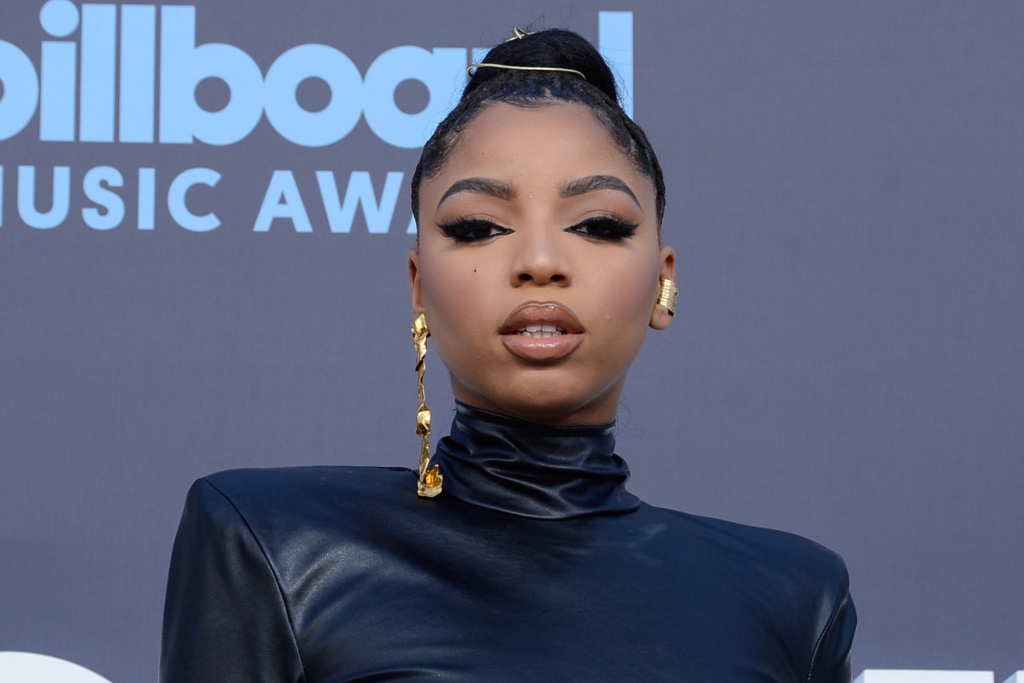 The “Mercy” singer posed for snapshots on Instagram, wearing a gauzy crop top with a slick left side cutout. Adding a romantic air to the piece was a rounded front with a plunging neckline, as well as puffed sleeves that covered her hands. The musician boosted the piece with slim-fitting red leggings, which instantly popped against the light neutral hue. Finishing her look were delicate gold collar necklaces and a dangling single gold chain earring.

“You gonna go broke tryna handle me,” the musician captioned the photo set, accompanied by the tongue emoji.

When it came to shoes, the “Grownish” actress completed her look with a slick set of sandals. Featuring metallic gold soles with pointed toes, the sharp pair gained a glamorous boost from thin toe and vertical front straps covered in crystals, creating an upside down T-strap silhouette. Finishing the pair were thin stiletto heels totaling at least 4 inches in height, adding height and a daring element to Bailey’s outfit.

Stiletto sandals have risen in popularity in recent months, with pairs featuring both thin and platform soles boosting a range of looks. The styles are usually favored for their open, breathable silhouettes, as well as secure toe and ankle straps, as seen in new styles by Schutz, Larroude and Aldo. In recent weeks, stars including Vanessa Hudgens, Tayshia Adams and Alessandra Ambrosio have also worn Versace, Giuseppe Zanotti and Casadei stiletto sandals, in addition to Bailey.

Bailey’s worn numerous sharp sandals over the years, recently slipping on a bold gold pair for the 2022 Met Gala in May.

Bailey remains trendy when it comes to her footwear choices. The actress and musician can be spotted in styles like thong sandals and chunky sneakers from brands like Tamara Mellon, Balenciaga and more. She also wears Allbirds sneakers when off-duty. Additionally, Bailey has an extensive resume in the fashion industry, having appeared in campaigns and runways for Fendi, Dolce & Gabbana, Louis Vuitton and more through the years.