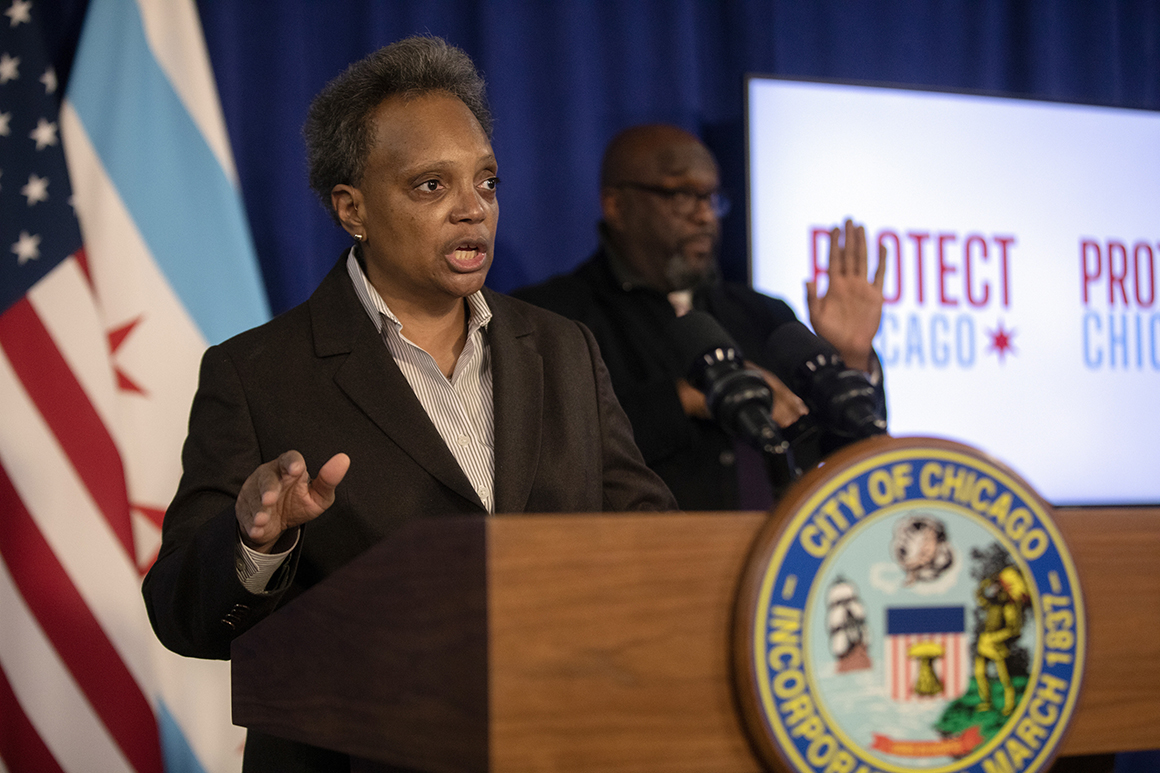 The news came about 17 hours after Lightfoot announced she and the Chicago Teachers Union ended a tense standoff over the safety of children and staff returning to school amid the Omicron surge. Teachers have stayed home from schools since last Wednesday because they argued classroom conditions were too unsafe.

The announcement comes as the city’s teachers union was preparing to distribute ballots to thousands of Chicago Public Schools educators who will ultimately decide whether to uphold a tentative agreement with the city to resume in-person classes.

If rank-and-file teachers vote down the deal, CTU President Jesse Sharkey told members on Tuesday, labor group leaders will reconvene as early as Wednesday afternoon to decide when to resume a work stoppage that halted four days of classes.

Critics on Tuesday immediately seized on Lightfoot’s statement that she would “continue to work from home,” asking on Twitter why teachers have to return to work in-person.

During negotiations, CTU pushed for the ability to allow for remote learning, but Lightfoot refused. She said her concerns were based on last year’s remote-learning experience in which 100,000 children dropped out of the school system by not connecting online. Leaders across the nation, including President Joe Biden, have insisted that students should remain in classrooms.

The mayor’s office declined to release information on how Lightfoot contracted Covid-19. Her close contacts in the mayor’s office have been identified, and a majority, “if not all,” are boosted, according to the source.

Lightfoot wore a mask in public Monday but spoke that night at a podium without a face covering. Union officials held their own press conference virtually.