Hollywood star Charlize Theron has revealed that of anyone in the entertainment industry, she thinks Kim Kardashian﻿ is among the most powerful.

Speaking to The Hollywood Reporter, ﻿Theron, 48, admitted neither she nor acting legend Meryl Streep wield the kind of power Kardashian does.

“We are living in a time of reality television, and God knows I love me some reality TV,” the Mad Max: Fury Road actress admitted. “So, the marketplace of what Kim Kardashian represents – and not in a negative way because I watch everything that she does – has way more value than what Meryl Streep, one of the greatest actresses working, does,” she explained.

“And that’s just the truth. They have very different skills, but if you were Kim Kardashian, you’d probably get way more off the ground.”

Theron’s claim has some legitimacy to it. While Theron﻿, an Oscar and Golden Globe winner, has multiple partnerships with big brands, including Dior and Breitling watches, Kardashian has gained even more power thanks to her presence on TV, in business with her Skims shapewear and clothing line, in fashion and as an influencer.

Kardashian’s approximate net worth is $US1.8 billion (approx. $2.7 billion) as a result, while Theron’s is approximately $US170 million﻿ (approx $253 million).

During the interview, Theron also opened up about her sudden rise to fame thanks to the 1996 film 2 Days in the Valley.

She recalled how promotion for the film honed in on provocative shots of her in her underwear from the film.

“It was a lot,” she remarked. “I remember standing on Sunset Boulevard [looking at the billboards of my photo], like, ‘Oh my God.'”

She added, “The way I was raised was very body positive, so it wasn’t so much, ‘Oh, I’m in lingerie’, I didn’t make the connection of how wrong that was until way later. It was more just overwhelming, like, ‘Holy s–t, I’m working with Danny Aiello and Glenne Headly.”﻿

Theron revealed that after that experience, she decided not to take on roles that would solely try to profit off of her body.﻿

“For me, back then, it was a feeling of, ‘I don’t want to be in white lingerie again. I want to do something completely different’,” she explained.

“We’re having such a conversation now around opportunities, and it’s a really tricky one to have, but I think that actors, instinctively, know that they want to challenge themselves and want to play things outside of who they are. I don’t think you build a career by playing yourself. Luke Evans just said something great about this,” she added.” 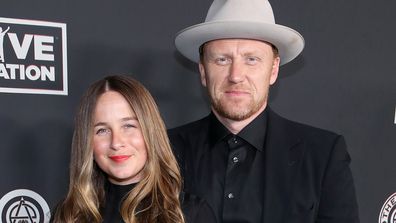