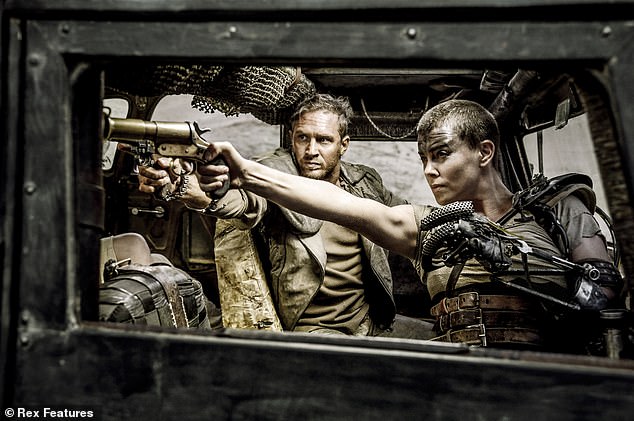 Charlize Theron and Tom Hardy had a chilly relationship on the set of Mad Max: Fury Road that devolved into intense shouting matches, the cast and crew claim in new interviews.

Their working relationship devolved to the point that the stars got into shouting matches, with Theron calling Hardy a ‘f**king c***’ after he made her wait on set for hours, according to New York Times columnist Kyle Buchanan’s new book Blood, Sweat & Chrome: The Wild And True Story Of Mad Max: Fury Road.

In an excerpt published by Vanity Fair, members of the production also detail how Theron, 46, got a female producer to be with her at all times as ‘protection’ against Hardy, 44.

Tense times: Charlize Theron, 46, and Tom Hardy, 44, got into intense shouting matches that led to Theron requesting ‘protection’ on set, according to an excerpt of a new behind-the-scenes book shared by Vanity Fair on Tuesday; still from Mad Max: Fury Road

In the oral history, Natascha Hopkins, a stunt double on Fury Road, recounted how Theron didn’t want to waste time on set, as she was a new mother at the time and was balancing her role with parenting.

But camera operator Mark Goellnicht recalled how Hardy was often late for the start of shooting.

He recounted one day when Theron was on set at eight o’clock sharp and got her makeup and costume set up before getting into the film’s War Rig.

However, despite producers making a ‘special request’ for Hardy to show up on time, it would be hours more before he arrived.

‘Gets to nine o’clock, still no Tom,’ Goellnicht recounted. ‘“Charlize, do you want to get out of the War Rig and walk around, or do you want to . . .” “No, I’m going to stay here.” She was really going to make a point. She didn’t go to the bathroom, didn’t do anything. She just sat in the War Rig.’ 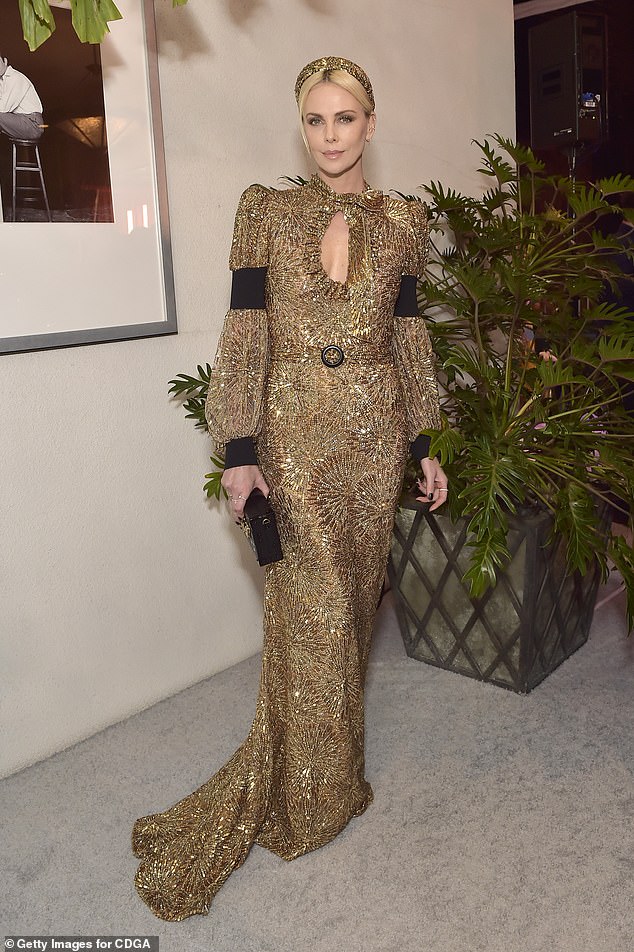 Wasted time: Theron was a new mother at the time and was reportedly frustrated over on-set delays caused by her costar Hardy’s tardiness; seen in January 2020 in Beverly Hills 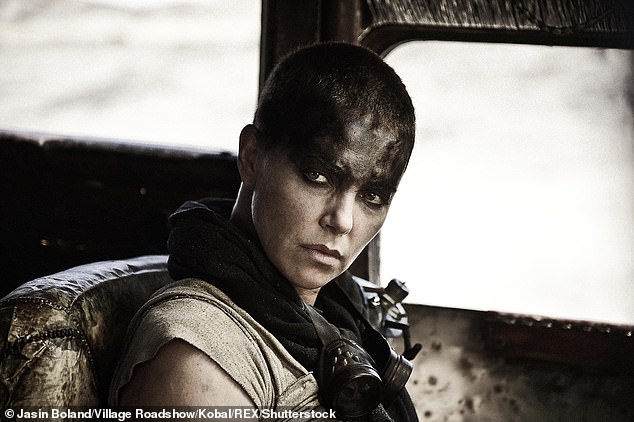 Furious: She arrived on set one day at 8 a.m. as requested, but it was over three hours before Hardy dropped by, leading her to call him a ‘f**king c***’; still from Fury Road