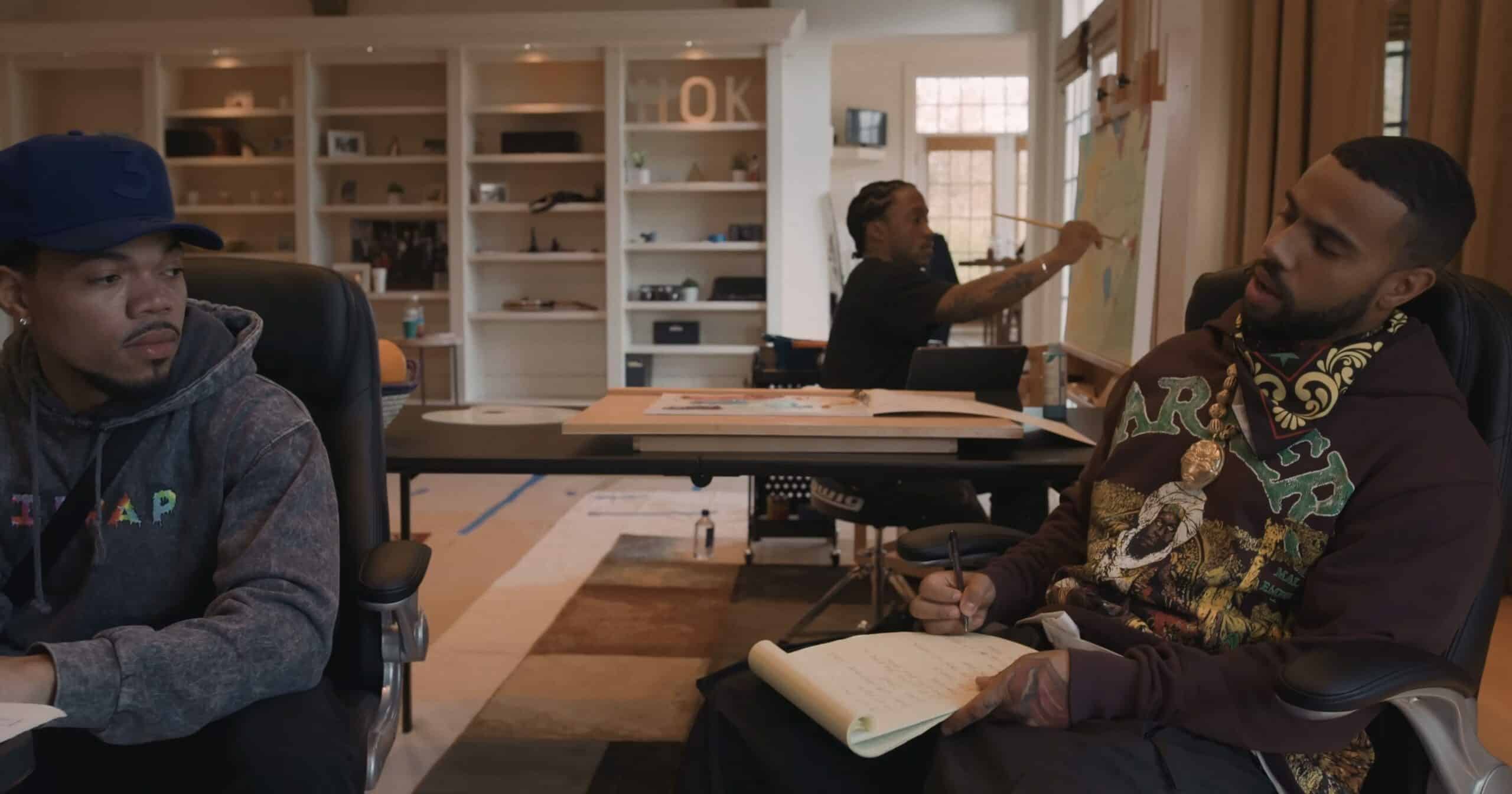 
Chance the Rapper has shared a new song and video that’s billed as an interdisciplinary art piece. It’s called ‘A Bar About a Bar’, and it follows ‘Child of God’, a collaboration with Gabonese painter Naïla Opiangah that also featured Moses Sumney. In the visual for ‘A Bar About a Bar’, Chance and Vic Mensa can be seen doing writing exercises while Nikko Washington paints the single’s cover in the background. Check it out below.

Washington’s artwork was unveiled at the Art Institute of Chicago on May 25 and will remain on exhibit through this weekend. According to press materials, it was inspired by “Abar, the First Black Superman’s unorthodox, Afro-futuristic, and surrealist depiction of racial inequality, racial integration, and classism in the suburbs of white America.”