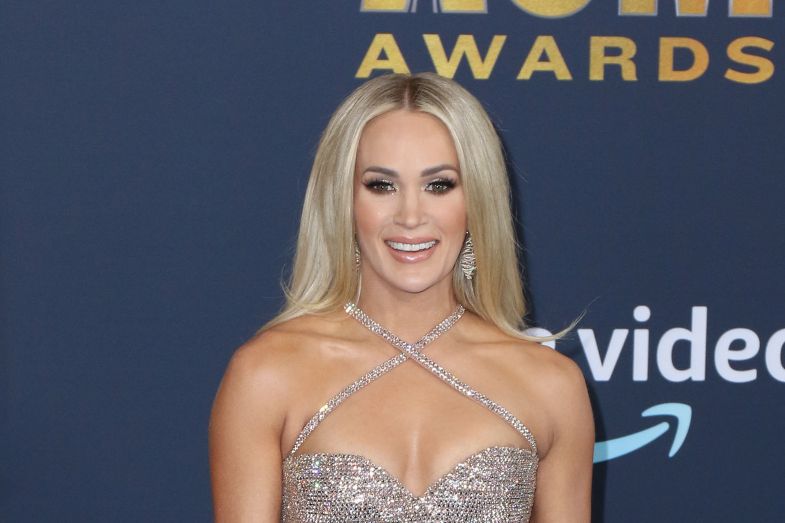 Carrie Underwood arrived at the 57th Academy of Country Music Awards at Allegiant Stadium on March 7, 2022, in Las Vegas in a wash of silver.

The country star wore a silver strappy mini dress with a silver clutch and served glamour, slipping into some equally strappy silver heels. The shoes were adorned with delicate crystal embellishments along the ankle, midfoot and toe. The dress’ neckline crisscrossed over Underwood’s bust, adding dimension to the otherwise standard dress. The look is eye-catching and silver all over, making Underwood stand out in the crowd. The singer and songwriter is most famous for songs like “Before He Cheats” and “Good Girl” among a whole slew of others. The star has dabbled in the fashion industry with her Calia clothing line.

See more of Underwood’s style through the years.