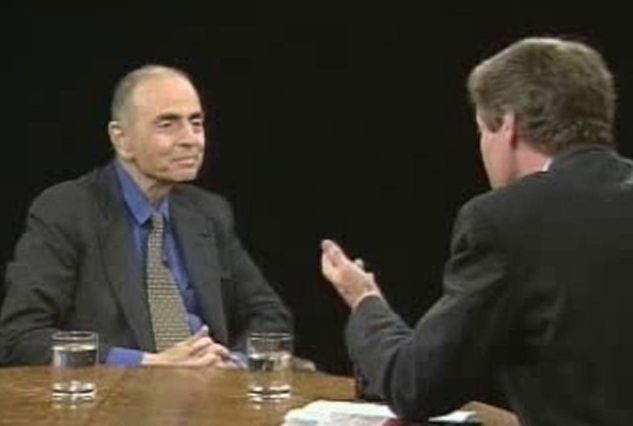 
Until the end of his life, Carl Sagan (1934-1996) continued doing what he did all along — popularizing science and “enthusiastically conveying the wonders of the universe to millions of people on television and in books.” Whenever Sagan appeared on ”The Tonight Show” with Johnny Carson during the 70s and 80s, his goal was to connect with everyday Americans — people who didn’t subscribe to Scientific American — and increase the public’s understanding and appreciation of science.

At the end of his life, Sagan still cared deeply about where science stood in the public imagination. But while losing a battle with myelodysplasia, Sagan also sensed that scientific thinking was losing ground in America, and even more ominously within the chambers of the Newt Gringrich-led Congress.

During his final interview, aired on May 27, 1996, Sagan issued a strong warning, telling Charlie Rose:

20 years later, figures like Neil deGrasse Tyson and Bill Nye are out there, trying to popularize science with new forms of media. But the same structural problem, so well articulated by Sagan, remains largely in place. And yet there’s reason to hope. Because even as establishment politicians still play the same games with science, there are early signs that, as with other important issues, public opinion is shifting beneath their feet.

If you would like to support the mission of Open Culture, consider making a donation to our site. It’s hard to rely 100% on ads, and your contributions will help us continue providing the best cultural and educational materials to learners everywhere. You can contribute through PayPal, Patreon, Venmo (@openculture) and Crypto. Thanks for your support!