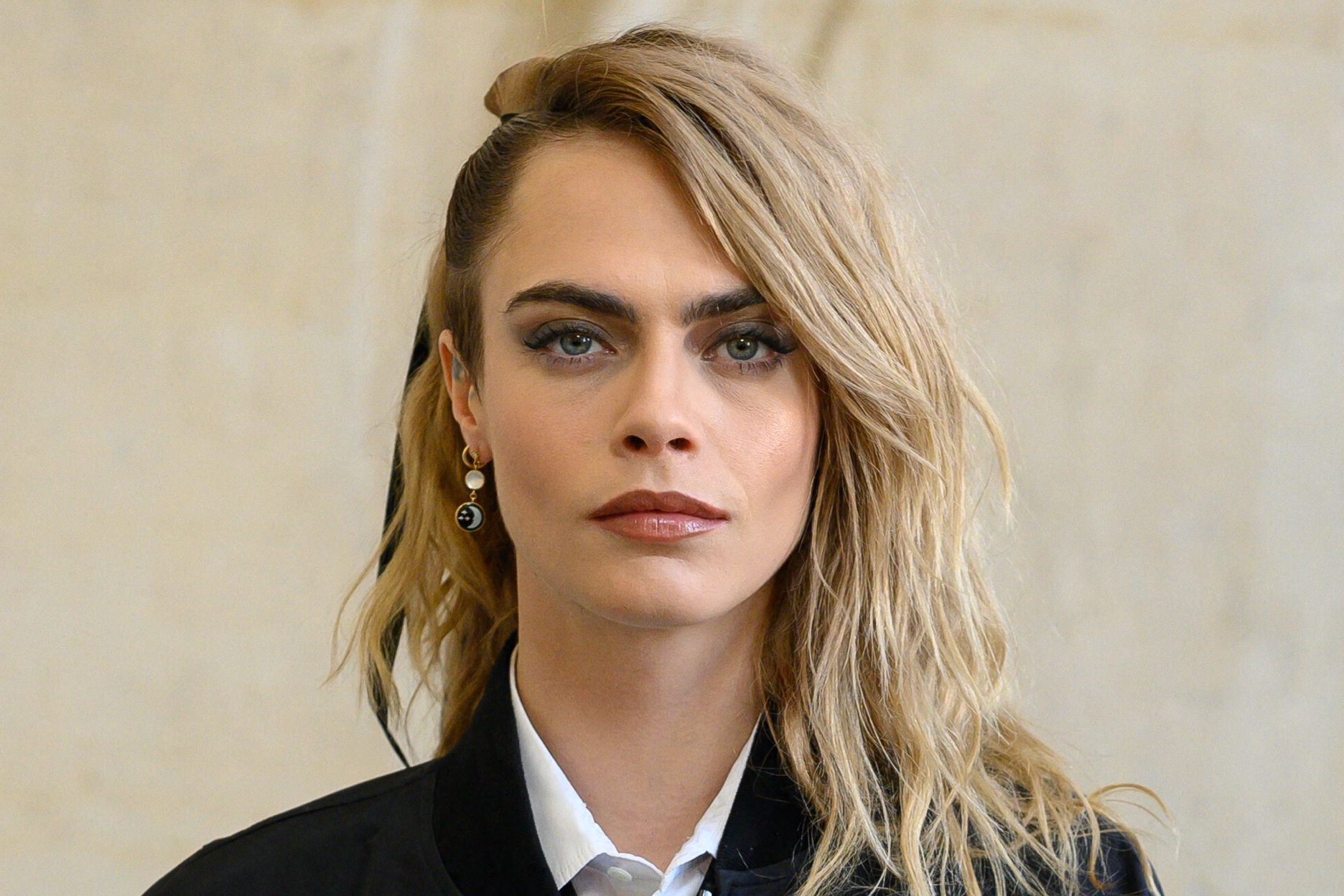 For the occasion, Delevingne wore a white collared shirt and black miniskirt with a black tie. The set instantly brought to mind the academic uniforms worn by prep school students. Delevingne paired her look with an oversized black bomber jacket, which featured a front zip and arm pockets. Her outerwear also included sequined emblems of a lion, stars and “Christian Dior” lettering, adding a punky touch to the look. Delevingne’s outfit was complete with black and white drop earrings and a black hair bow.

For footwear, Delevingne continued her academic-inspired route with a pair of Dior loafers. The “Suicide Squad” actress’ sold-out Code style featured black leather uppers, as well as rounded toes and lightly exaggerated soles. The style notably added a chic edge with curved gold plates finished in burgundy and black enamel with “Christian Dior” logos on them, in the place of standard penny loafer-style straps.

Loafers have been a top footwear trend over the last several seasons, due to their relaxed nature and ’90s fashion background. Brands like Prada, Gucci and Ganni have released their own styles that have become hallmarks of the trend, often featuring penny straps and thick lug soles. Aside from the “Paper Towns” actress, stars like Selena Gomez, Kristen Stewart and Rita Ora have worn loafers by Celine, Sam Edelman and Nomasei in recent weeks.

Delevingne’s shoe styles vary between edgy and elegant. On the red carpet, the star can be seen in platform sandals and pointed-toe pumps by Jimmy Choo, Casadei and Christian Louboutin, among other top brands. Her off-duty style includes Chanel, Golden Goose and Puma sneakers, plus RTA combat boots and Ugg slippers. Delevingne is a longtime fixture in the fashion industry from her modeling background, as well as brand ambassador roles for Dior, Tag Heuer and Puma.

Click through the gallery to discover Dior’s Spring 2022 couture collection.

Add sharp loafers to your next look.