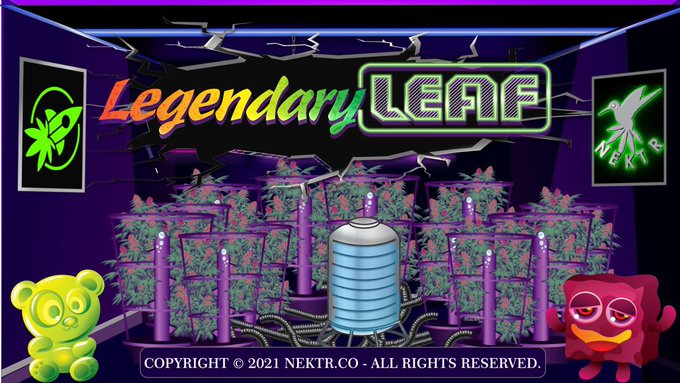 
CANNABIS CULTURE – In South Africa, it started with a South African grower buying 20 rare cannabis seeds and making them into digital art.

What is it? NFTs. Non-Fungible Tokens. The question now is, what will NFTs mean for South Africa’s cannabis market?

Not to be outdone in the cannabis metaverse, is NEKTR, which is a startup that´s offering skills for Black youth in South Africa to build A1 medical cannabis meta-verse video games. Its meta-verse games are designed to deepen awareness of medical cannabis in South Africa by offering gaming networks for South African youths to take part whenever they have a smartphone, laptop, and broadband data to spare. In the same emerging space comes M2Bio Sciences, a Canadian startup in the medical cannabis and psychedelics sector that is working out of South Africa to build Africa’s first cannabis bio-degradable surfboards and sell them as NFTs. Each of the cannabis-themed surfboards is minted as NFTs on Open Sea, the global blockchain platform, and shipped to buyers worldwide.

The beauty of cannabis NFTs?

“The beauty of NFTs in cannabis is that if you´re registering a new special strain of cannabis, you can do it on the blockchain which is unalterable unlike physical seeds that can be tampered with,” says Zazi Dladla, an upcoming South African grower who has secured a market for cannabis products to the UK and Netherlands.

He cites the example of NEKTR, which aspires to be the world´s first medical cannabis NFTs maker. “That´s much more exciting, futuristic than thinking in terms of cannabis crops and farms only,” Dladla says.

“You see that´s why cannabis NFTs that patent our special cannabis seeds and cannabis alcohol like Durban Poison are crucial evolving parts of the future of the cannabis industry in South Africa,” adds Dladla.

That South Africans of privilege (usually white) are grabbing the first slot in the country´s emerging cannabis NFTs space is sparking concern whether this will deepen tech-cannabis inequalities – white endowed youth engaging in cannabis NFTs programming/trade whilst majority-black youth lag behind.

“In water, safe housing, jobs, education, South Africa is one of the world´s most unequal countries. Say, I´m sitting here doing NFTs sketches of medical cannabis seeds, how many Black South African youth can afford to be like me,” asks Michael Musekiwa, “Hulio”, a prominent African NFTs artist.

Of cannabis and tech inequality

Technology is the ultimate new generation mark of inequality in South Africa. 7.5 million low-income South Africans, overwhelmingly Black, pay 80 times more than middle and upper-income South Africans for connection to the internet. Cannabis, too, after getting liberalized in South Africa in 2018, is proving to be another frontier of race and class division. For example, in April 2021, Black farmers in South Africa went on a furious procession claiming that the majority of given cannabis licenses have been doled out to “affluent white people” and international corporations.

“NFTs, metaverse, cannabis in the same sentence – these are concepts that sounds elitist to most folks of color in South Africa,” admits Dladla, the upcoming grower.

But is the coming cannabis metaverse-NFTs the next frontier of elitism in South Africa?

“I´m convinced that the benefits of getting up a cannabis NFT industry here in South Africa far outweigh the concerns,” says Dladla.