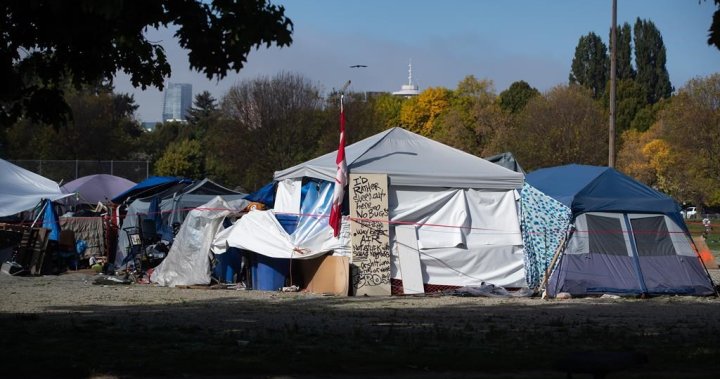 
Traumatic brain injury is so common among the homeless that prevention should be prioritized for people facing multiple challenges and worse outcomes compared with “affluent populations,” says the lead author of a study in Vancouver that monitored participants for symptoms every month for a year.

Tiffany O’Connor said rates of brain injury are endemic among the homeless and precariously housed so health-care professionals and service providers need standardized training to screen for symptoms of even mild injury involving people often struggling with challenges like mental illness and cognitive impairment.

Vicious attack on homeless man in Yaletown captured on video

The study, published this week in the journal EClinicalMedicine-Lancet, included 326 participants recruited from Vancouver’s low-income Downtown Eastside, a community court and the emergency department of a nearby hospital.

Researchers who were also from the University of British Columbia found 31 per cent of those they interviewed between December 2016 and May 2018 reported at least one traumatic brain injury during that time.

Nearly 10 per cent of brain injuries were related to substance use among people who could have fallen and hit their head or been assaulted afterwards, O’Connor said.

More than half of the participants reported a history of brain injury, leading to greater challenges, including for those with a physical disability and lack of resources to adequately recover, she said.

Falls accounted for 45 per cent of the brain injuries, mostly among homeless females, followed by assaults at 25 per cent, especially for men.

“It’s now known to be essentially the population with the highest known incidence of traumatic brain injury, even above when we consider athlete populations and other known populations like veterans,” said O’Connor, now a clinical neuropsychologist in the acquired brain injury program at Hamilton Health Sciences.

The study was more rigorous than others that have assessed the rate of traumatic brain injury among the homeless because participants were educated about symptoms and met with researchers regularly, resulting in better estimates, she said.

“With the methodology improvements on the rate of traumatic brain injury, what we found from this study was a more than 10 per cent higher rate than that’s ever been found in this population,” O’Connor said of other comparable studies in Canada.

For example, a University of B.C.-led study of the homeless in Vancouver, Toronto and Ottawa found between 17 and 19 per cent of participants reported suffering a brain injury. But the research published in 2017 included followups every 12 months for nearly 1,000 participants in each of the three years of the research.

O’Connor said findings from the latest study have prompted researchers to get information on brain injury to the homeless so they access health care and to health-care providers who should lower the threshold for screening them.

Other issues these people have often become the focus when they interact with the health-care system or service providers, without the possible underlying link of a brain injury being recognized and addressed, she added.

More research is needed on concussion and brain injury among the homeless, compared with “affluent populations” like athletes, O’Connor said.

Sleeping homeless man dies after being run over in East Vancouver

“For sports-related concussions there have been policies made across the country. That’s what needs to happen on this level for precariously housed people,” she said.

“With this knowledge it’s really about us reaching out to other researchers, reaching out to policy-makers to try to do something where we can have a big change across the country.”

Geoff Sing, president of the British Columbia Brain Injury Association, said the organization has reached out to the provincial Mental Health and Addictions Ministry to provide early interventions like housing and training for agencies providing services for them.

“These impairments lead to poor decisions, which lead to say, not paying your rent and being evicted and forced to be homeless and vulnerable,” Sing said.

The ministry said it has recently provided a total of 103 housing spaces in Vancouver, Surrey and Abbotsford for those with complex health and mental health challenges, some resulting from brain injury.

However, Sing said that leaves people in most of the province, including Vancouver Island where he lives, in dire need of housing.

“In the last year, they’ve lost eight to 10 beds in Nanaimo and have not been able to replace them. So, we’d like the ministry supporting brain injury by providing more housing options because people are getting lost. They are becoming the homeless population.”

“Our funding is only for one person and their plate is very full. But we have started doing more training with the City of Toronto staff,” she said, adding homeless people with a brain injury need to be accommodated just like anyone else with a disability.

“It’s an invisible injury. It gets seen as they’re lazy, they don’t care, they’re not putting in the effort.”