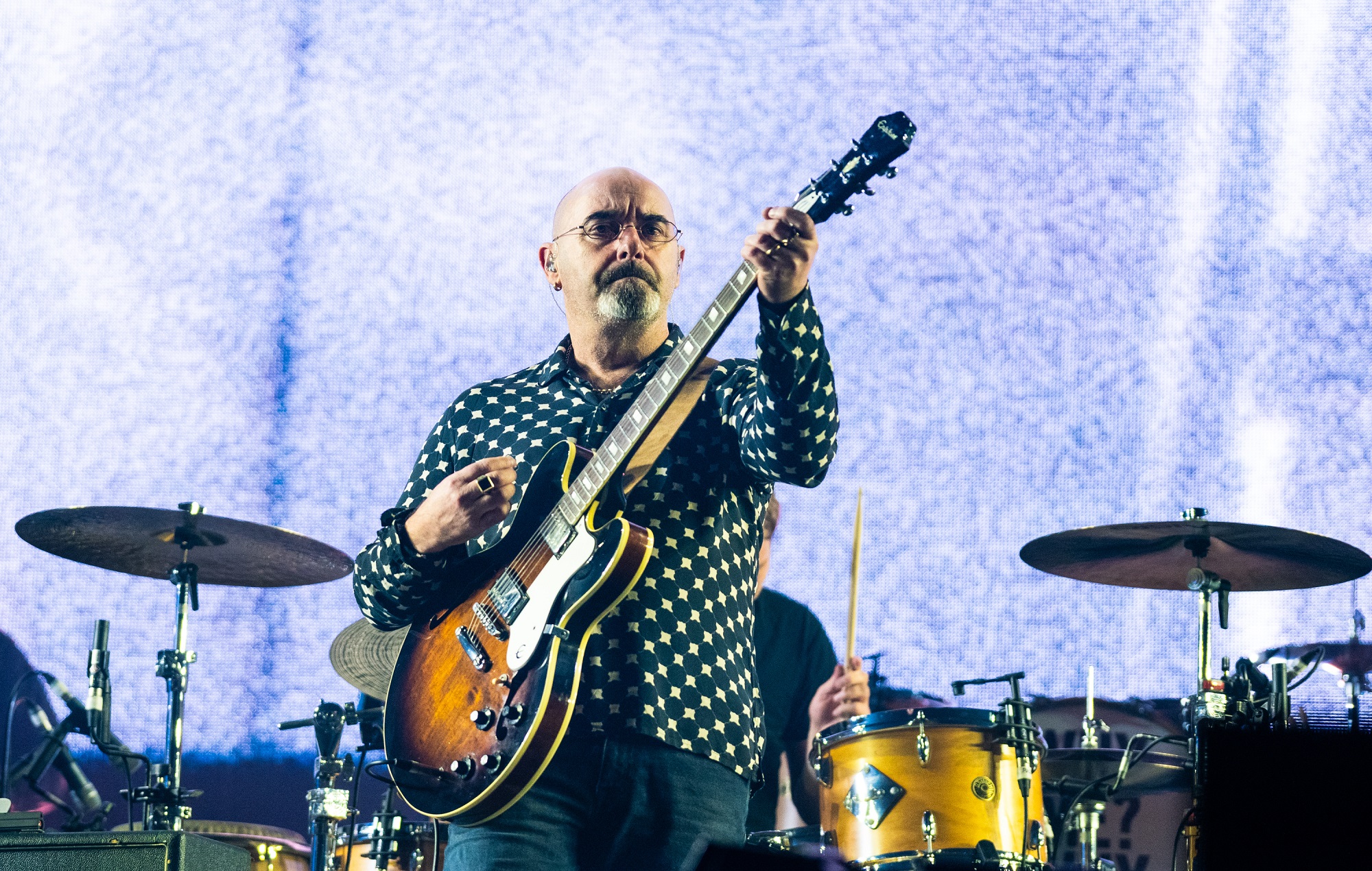 The musician shared the news of his diagnosis last month and said that he would be taking a break.

“Just to let you all know I’m going to be taking a break from playing for a while,” he said at the time. “I’ve been diagnosed with tonsil cancer, but the good news is it’s treatable and I’ll be starting a course of treatment soon.

Posting this evening (May 16) following his first treatment, Arthurs said that he was “feeling OK”.

“I had my first session of radiotherapy this morning and am now having a course of chemotherapy which will finish at 6am, so it’s an overnight stay at the Christie Hospital,” he wrote.

“I won’t bore you with a daily diary, no one wants that, but I’m feelling OK and I’ll probably tweet the usual nonsense as I go along.”

He also apologised for not being able to play Liam Gallagher‘s forthcoming Knebworth shows next month.

“See you all soon, sorry it won’t be at Knebworth or any of the gigs over summer, but for those of you who are going, have a ball. Much love,” Arthurs added.

“Sending BIG love to the 1 n only Bonehead and his family wishing you a speedy recovery we’re all thinking of you rasta you’ll be back on stage bfore you can say r we doing Colombia LG x” he wrote.

The former Oasis frontman is gearing up to release his third solo album, ‘C’mon, You Know’, on May 27 via Warner. He’s already previewed the record with the singles ‘Everything’s Electric’, ‘Better Days’ and the album’s title track.

He will showcase his new LP during a string of huge headline concerts over the summer, including his two-night billing at Knebworth. You can find the full schedule and buy any remaining tickets here.