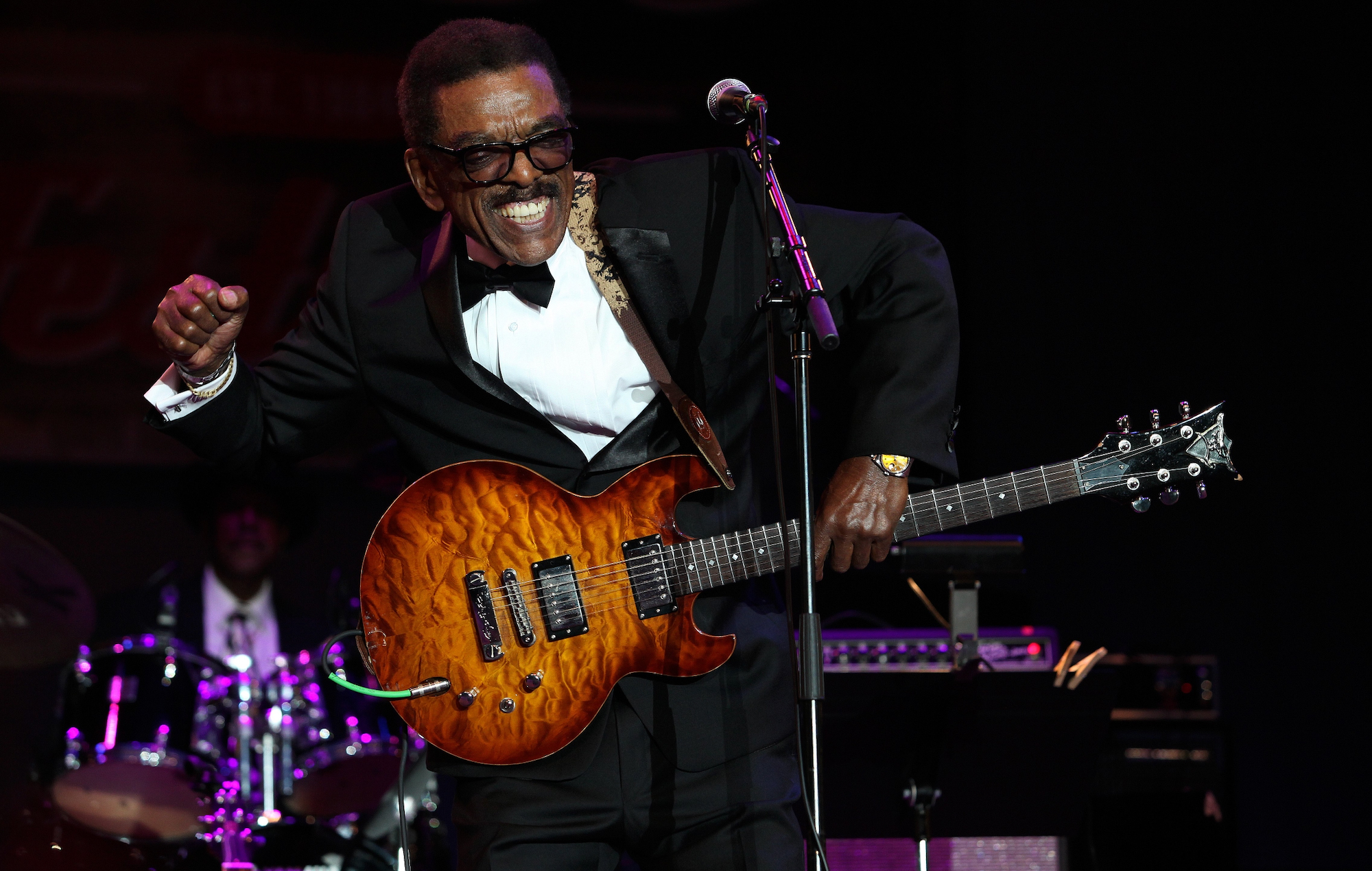 Johnson’s family confirmed his passing in a statement to Pitchfork, writing: “It is with extreme sadness that our family announces the passing of Soul & Blues Hall of Fame Legend, Syl Johnson (born Sylvester Thompson in Holly Springs, MS). “Dad, Brother, Grandfather, Great Grandfather, Uncle, Friend & Artist, he lived his life as a singer, musician, and entrepreneur who loved black music.”

Describing him as “fiery, fierce, fighter, always standing for the pursuit of justice as it related to his music and sound”, Johnson’s family continued: “He will truly be missed by all who crossed his path. His catalog and legacy will be remembered as impeccable and a historical blueprint to all who experience it. To his fans around the world, he loved you all. A lover of music and a Chicago icon, Syl Johnson lived his life unapologetically.”

At the time of writing, no cause of death has been confirmed. His death came less than a week after his brother, fellow bluesman Jimmy Johnson, died at 93.

Johnson cut his teeth playing with Magic Sam, a pioneer of the Chicago blues was best known for his tremolo-heavy playing style – Sam was Johnson’s next door neighbour, after the bourgeoning artist and his family moved from Holly Springs, Mississippi in 1950. Throughout the decade, Johnson would sing and play guitar for name like Howlin’ Wolf, Junior Wells and Jimmy Reed, recording with the latter in ’59.

That same year, Johnson made his solo debut with the track ‘Teardrops’, paving the way for a tenure at the legendary Twilight/Twinight label in the mid-1960s. Johnson made his first hit in ’67 with ‘Come On Sock It To Me’, which he followed later that year with ‘Different Strokes’.

Though it didn’t make substantial waves at the time, ‘Different Strokes’ would go on to become one of the sampled tracks in history – at least 330 songs sport elements of the track, according to WhoSampled, including Wu-Tang Clan’s ‘Shame On A N****’, Kanye West and Jay-Z’s ‘The Joy’, Public Enemy’s ‘Fight The Power’ and De La Soul’s ‘The Magic Number’.

1969 saw Johnson mint his biggest hit yet, with ‘Is It Because I’m Black’ peaking at Number 11 on the Billboard R&B Chart. Two years later, Johnson left Twilight/Twinight for Willie Mitchell’s Hi Records, which led to a surge of hit singles across the 1970s. His decade-long tenure with Hi spawned his three biggest hits, ‘We Did It’, ‘Back For A Taste Of Your Love’ and ‘Take Me To The River’, with the latter coming in at Number 7 on the R&B Chart.

Johnson launched his own label, Shama, at the turn of the ‘80s, releasing the eight-track ‘Bring Out The Blues In Me’ record in 1980. He moved to Boardwalk Records for the 1982 release ‘Ms. Fine Brown Fame’, the title track of which marked his last hit single. He’d be semi-retired by the decade’s end, popping up occasionally to perform blues clubs. Mostly, though, his passions had shifted to real estate and seafood restaurants.

After learning that ‘Different Strokes’ had become a staple of hip-hop sampling, Johnson was spurred to make his comeback in the early ‘90s, releasing ‘Back In The Game’ – which featured his youngest daughter, Syleena – in 1994. He was vehemently against sampling, however, and sued several of the artists who’d used elements of his work – including West and Jay-Z – well into the 2010s.

In 2015, Johnson was honoured with a feature documentary, Syl Johnson: Any Way The Wind Blows, which sported an original score by Yo La Tengo. In the wake of Johnson’s death, the film was made available online for the first time overnight (February 6).