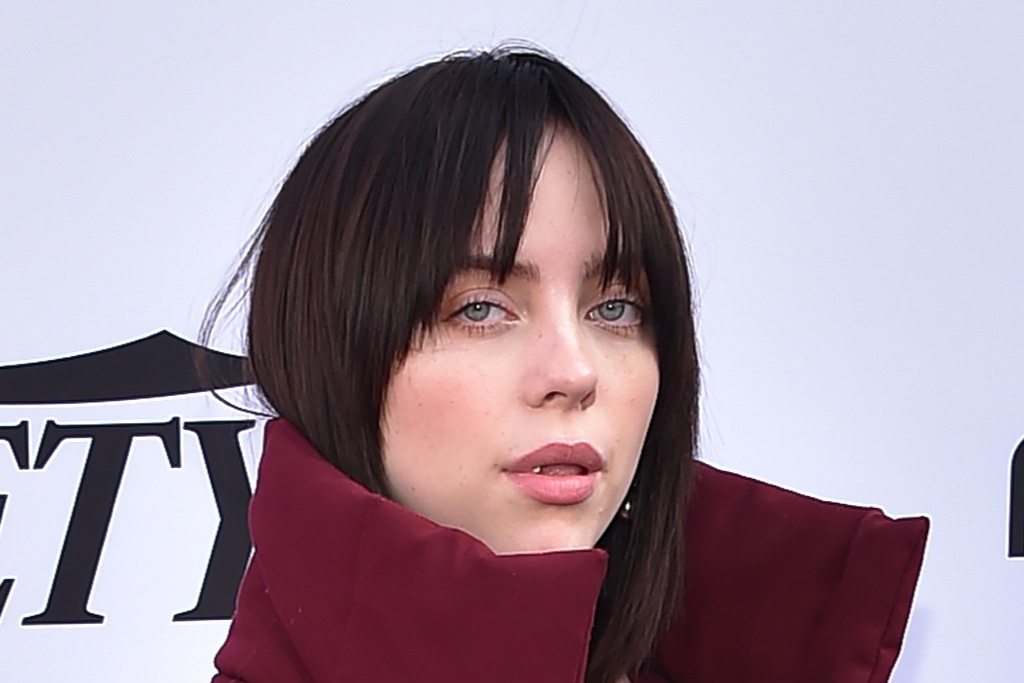 
Billie Eilish brought a dose of holiday whimsy to the stage at “Saturday Night Live” for her hosting debut.

In her opening monologue, Eilish donned a voluminous minidress from Simone Rocha’s Spring 2022 collection. The outfit featured puffed sleeves and a layered skirt accented with white lace, pearls, ruffles and tulle, as well as red bow embroidery. Eilish completed her look—which she stated resembles “Mrs. Clause going to the club”—with ornament-like striped drop earrings, creating a fully holiday-themed outfit. The star also joked that she was “only wearing this because after the show, I gotta go get married in an anime.”

For footwear, the Grammy Award-winning musician also wore a towering pair of knee-high boots for the occasion. The star’s shoes featured furry white uppers laced with red bows, as well as patent leather platform soles and curved toes. The style also appeared to feature stiletto heels totaling at least 5 inches in height. Eilish’s footwear added to her look’s full red and white holiday color palette, while bringing it a subversive edge from their sleek style.

Eilish also donned a second dynamic outfit for her musical performances of “Happier Than Ever” and “Male Fantasy.” While onstage, the singer also donned a pair of black printed sneakers. The look was complete with baggy black pants and an oversized black shirt, similar to her penchant for oversized outfits.

For footwear, Eilish usually opts for sneakers. During previous red carpet events, the star could be seen in platform sandals and pumps from brands like Gucci. However, her go-to styles are often sneakers hailing from Converse, Nike, Burberry and Balenciaga. The star occasionally wears tall boots that coordinate with her outfits as well, usually by Moon Boot, Dr. Martens and Swear London.

Click through the gallery to see more of Eilish’s oversized style moments over the years.