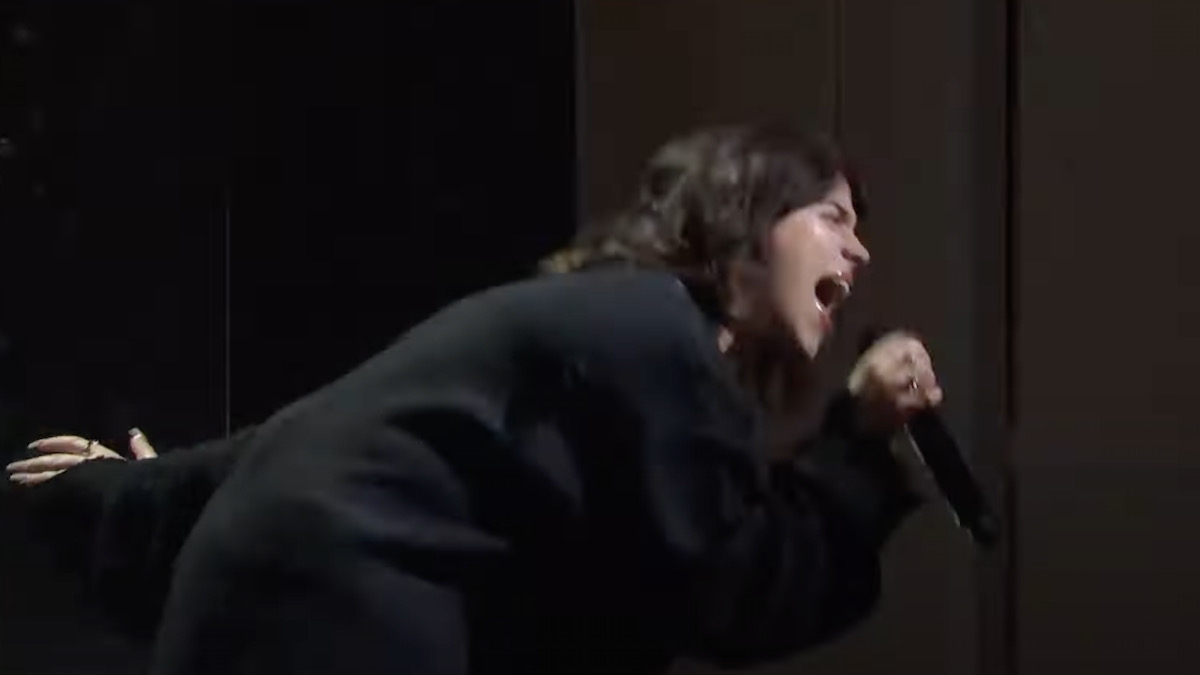 In 2019, Dave Grohl famously proclaimed Billie Eilish as the future of rock ‘n’ roll. “The same thing is happening with her that happened with Nirvana in 1991,” Grohl said. “People say, ‘Is rock dead?’ When I look at someone like Billie Eilish, rock and roll is not close to dead!” While some may scoff at the comparison, one needs to look no further than Eilish’s Saturday Night Live performance of “Happier Than Ever” to see one of the more kick ass concert moments in recent memory.

The title track to Eilish’s sophomore LP began as a hushed ballad sung from a love seat positioned on an on-set living room. However, as the song reached its crescendo, the 20-year-old singer assumed the role of rock ‘n’ roll frontwoman, leading her brother Finneas and drummer Andrew Marshall with the same unbridled intensity as Kurt, Krist, and Dave exuded on the same stage some 30 years ago. I’ve watched many SNL performances in my day, and few sounded as good and translated as well on screen as Eilish did on Saturday night. But don’t take my word for it, check out the replay below.

Eilish doubled up duties on SNL, serving as both host and musical guest. In addition to “Happier Than Ever,” she performed “Male Fantasy.” Both tracks appear on her latest album, Happier Than Ever, one of our favorite releases of 2021.

Stay tuned for our full recap of the Eilish-hosted episode of SNL, which we’ll publish on Sunday morning.