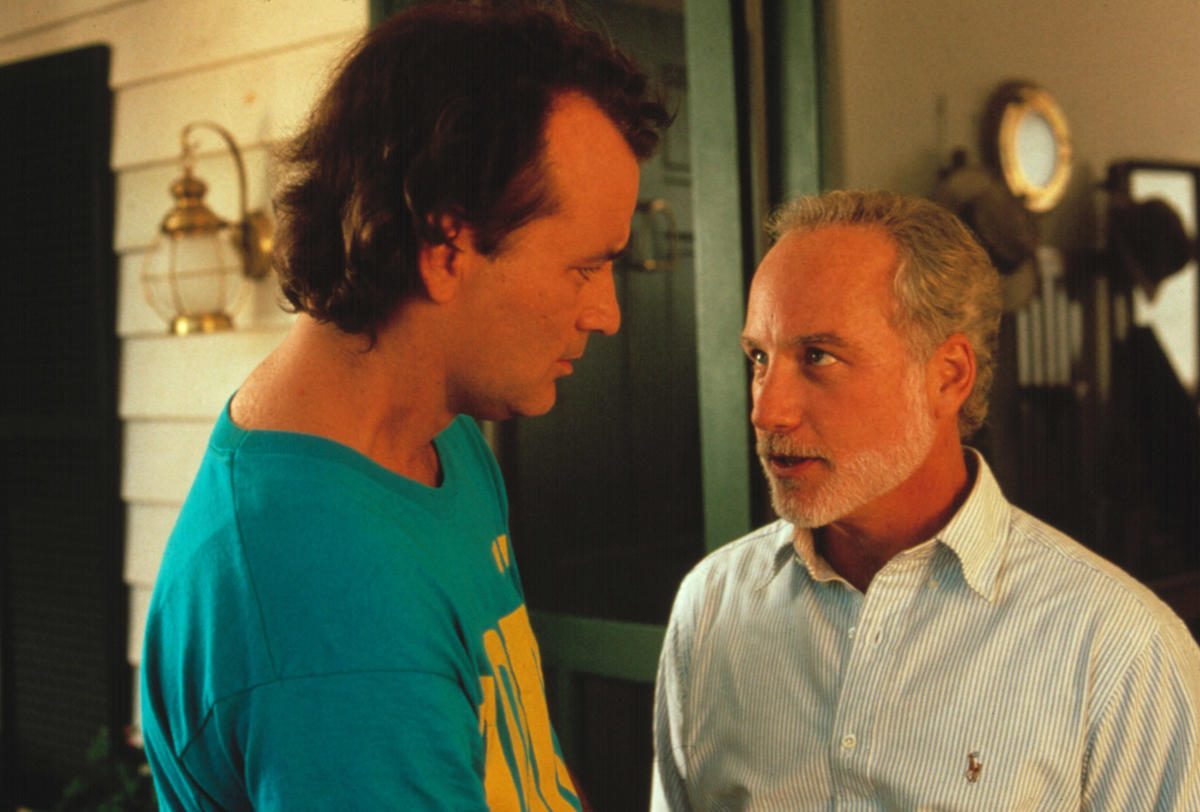 
While the details remain undisclosed, there was an allegation of inappropriate behavior against Bill Murray that caused filming to be shut down this week on his latest movie, the Aziz Ansari-directed Being Mortal. No one involved on the film, from distributor Fox Searchlight to the cast and crew, is commenting on the investigation or what spurred it.

But we do know that whatever happened, it was considered severe enough to halt production — a significant, and costly decision for any movie in the middle of shooting, never mind the inevitable wave of bad PR.

We also know that the accusation against Murray is the latest example in a growing list of on- and off-set incidents involving bullying and other poor behavior.

Such accusations in stark contrast to the depiction of the 71-year-old Ghostbusters and Groundhog Day star as a pop-culture folk hero. Beyond his beloved movies and shows, Murray for years was celebrated for his zany antics, from crashing bachelor parties, wedding shoots and karaoke clubs to impromptu bartending and buying a minor league baseball team. The “no one will ever believe you” stories are so legendary they inspired a book, The Tao of Bill Murray.

However, the narrative on Murray seems to be shifting. “Nobody wants to reckon with Bill Murray being a bad dude,” wrote Kate Hagen, an executive for The Black List, in a widely shared tweet Thursday that epitomized growing backlash against the actor. “But we’ve needed to talk about Bill Murray probably being a bad dude for years.”

Some of the incidents Murray has been involved in over the course of his five-decade career could be chalked up to personality clashes or heat-of-the-moment disputes in the high-stress environment of film and television production.

Others, however, are downright ugly.

Murray and Chevy Chase famously clashed on Saturday Night Live in 1978 when the latter returned to host. The pair reportedly came to blows in John Belushi’s dressing room as fellow cast members Jane Curtin and Larraine Newman looked on in horror. (Chase himself has reckoned with a long-standing reputation as being difficult, a rep Chase said recently he just doesn’t care about). Murray and Chase ultimately patched things up and co-starred in Caddyshack two years later.

Last year, actress P.J. Soles recounted to Yahoo Entertainment that Murray frequently made sexual advances while they filmed the 1981 military comedy Stripes despite the fact that she was married to Dennis Quaid at the time. “He would call me up every night and say, ‘My car is waiting outside to bring you to my house — c’mon, one night. I said, ‘No, Bill, I’m tired! I want to look good onscreen. We girls have to look good in the morning.’” Soles, for her part, didn’t seem to mind. She delivered the story while laughing. “He persisted, but it was funny,” she said.

Murray butted heads with directors over creative differences on two of his most famous comedies, Scrooged (1988) and Groundhog Day (1993). In 1990, Murray told Roger Ebert that he disagreed with Scrooged director Richard Donner “every single minute of the day,” decrying the filmmaker for rushing production and making Murray repeat lines louder. “He’s superbly creative but occasionally difficult — as difficult as any actor,” Donner said later. Murray fought on the regular with fellow Ghostbuster Harold Ramis when the latter directed Groundhog Day. Murray was “really irrationally mean and unavailable,” Ramis told The New Yorker in 2004. It was Ramis, though, who got physical, grabbing Murray by the shirt collar and slamming him up against the wall. Despite Groundhog Day becoming an instant classic, the two didn’t speak for the next 21 years, though Murray did reconcile with Ramis shortly before Ramis’s death in 2014.

Dreyfuss’s revelations followed previously reported stories from the set that Murray also bullied the film’s producer, Laura Ziskin, throwing her into a lake after one disagreement. While Ziskin has said the lake toss was “playful,” his other actions were not. “Bill also threatened to throw me across the parking lot and then broke my sunglasses and threw them across the parking lot,” d, ‘Read this [script tweak], I think it’s really funny.’ And he put his face next to me, nose-to-nose. And he screamed at the top of his lungs, ‘Everyone hates you! You are tolerated!’ There was no time to react, because he leaned back and he took a modern glass-blown ashtray. He threw it at my face from [only a couple feet away]. And it weighed about three quarters of a pound. And he missed me. He tried to hit me. I got up and left.”

Dreyfuss’s revelations followed previously reported stories from the set that Murray also bullied the film’s producer, Laura Ziskin, throwing her into a lake after one disagreement. While Ziskin has said the lake toss was “playful,” other actions were not. “Bill also threatened to throw me across the parking lot and then broke my sunglasses and threw them across the parking lot,” Ziskin said in 2003.

“Note that Laura Ziskin was a beloved, petite woman and Bill Murray was not,” The Hollywood Reporter editor at large Kim Masters tweeted Thursday after news broke of Being Mortal’s shutdown.

Richard’s son Ben Dreyfuss also weighed in Thursday. “Bill Murray had a meltdown during [What About Bob?] because he wanted an extra day off and Laura said no and ripped off her glasses off her face and my dad complained about his behavior and Bill Murray threw an ashtray at him… Everyone walked off the production and flew back to L.A. and it only resumed after Disney hired some bodyguards to physically separate my dad and Bill Murray in between takes… I was like 5 at the time and these are some of my fondest and earliest memories.”

The 2000 action-comedy Charlie’s Angels also featured multiple behind-the-scenes incidents involving Murray. Last year, Lucy Liu confirmed a story long floating around Hollywood that she got physical with Murray after he insulted her acting abilities. “Some of the language was inexcusable and unacceptable, and I was not going to just sit there and take it. So, yes, I stood up for myself, and I don’t regret it,” Liu said on the Los Angeles Times Asian Enough podcast. “I’m not going to sit there and be attacked.”

In 2009, the Charlie’s Angels director McG said he was head-butted by Murray during production. “Square in the head,” he recounted to The Guardian. “An inch later and my nose would have been obliterated.”

Murray has reportedly feuded or had fall-outs with other notable collaborators, including Sean Young (Stripes), Scarlett Johansson (Lost in Translation) and Anjelica Huston (The Life Aquatic). “He was s**t to me on Life Aquatic,” Huston told Vulture in 2019.

Worse than any of his on-set behavior, however, are the allegations made by ex-wife Jennifer Butler. In filing for divorce in 2008, Butler claimed that Murray’s “adultery, addiction to marijuana and alcohol, abusive behavior, physical abuse, sexual addictions and frequent abandonment” led her to move into a separate South Carolina home with their four children in 2006.

Butler accused Murray of physically abusing her on several occasions, including striking her in the face during a confrontation in 2007. Butler’s complaint alleged that Murray told her that she “was lucky he didn’t kill her.” She also charged that Murray repeatedly “left threatening voice messages on the home telephone which the minor children have heard.”

Butler was eventually granted primary custody of the children. Murray declined to address the allegations; his lawyer issued a statement at the time saying, “Bill Murray is deeply saddened by the break-up of his marriage to Jennifer. They remain loving parents, committed to the best interest of their children.”