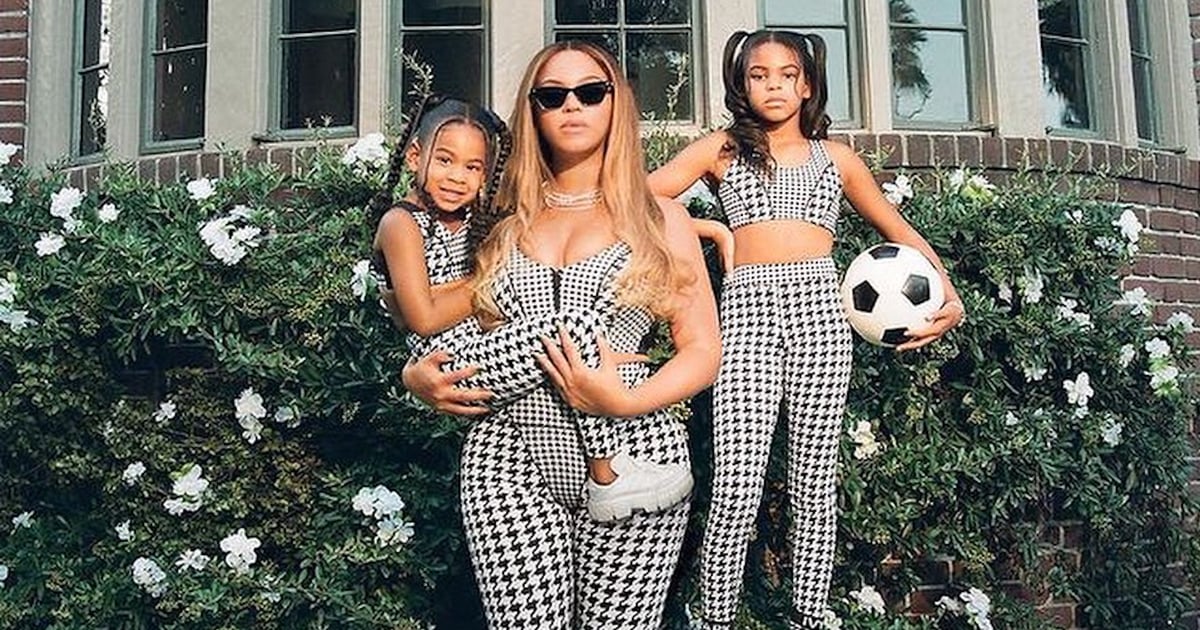 Excuse me while I double-check my glasses prescription, because Beyoncé’s new Ivy Park photos have me seeing triple. On Thursday, the mom of three released photos of herself posing with her daughters, 9-year-old Blue Ivy Carter and 4-year-old Rumi Carter, to promote the release of Halls of Ivy, her latest Adidas collaboration. Dressed in matching black and white herringbone leggings and sports bras, the trio served up some unforgettable style moments. See: Blue looking like a professional-soccer-player-turned-model in the background and future CEO Rumi making a call on her pink cell phone in the second shot.

Blue, Rumi, and 4-year-old Sir all joined Beyoncé during her last Ivy Park campaign, but looking at these photos now makes us feel like we’re seeing the “Be Alive” singer in all of her past stages at once. Talk about déjà vu.

The new Ivy Park x Adidas collection, which features over 100 new styles for adults and 34 new styles for kids, dropped on adidas.com on Dec. 9, where it will be exclusively available for 24 hours. After the release date, you can likely shop pieces from the collection from retailers like Nordstrom, Foot Locker, ASOS, and more. In the meantime, we’ll be here admiring these adorable photos of Beyoncé and her daughters and keeping an eye out for any other Ivy Park releases in the new year.