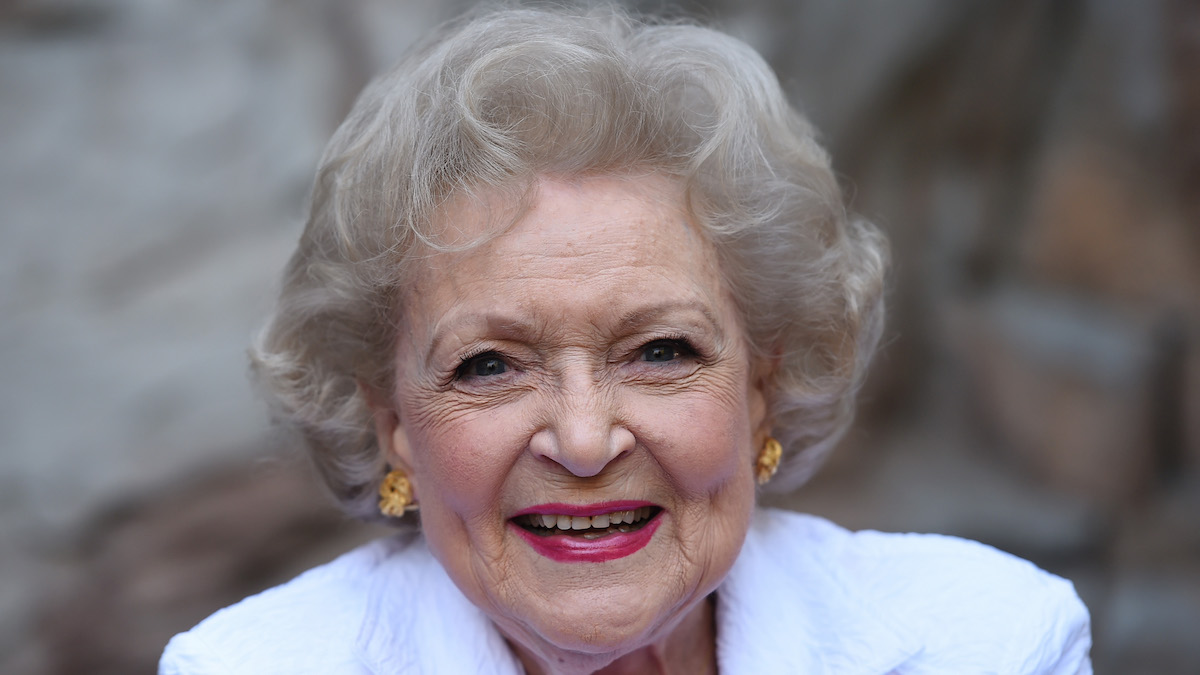 Betty White, the actress and comedian who pioneered the television revolution and worked in the industry for nine decades, has died at the age of 99.

TMZ reports that White passed away at her home on Friday morning — just weeks shy of her 100th birthday.

“Even though Betty was about to be 100, I thought she would live forever,” her agent and close friend Jeff Witjas told PEOPLE in a statement. “I will miss her terribly and so will the animal world that she loved so much. I don’t think Betty ever feared passing because she always wanted to be with her most beloved husband Allen Ludden. She believed she would be with him again.”

Betty Marion White Ludden was born on January 17th, 1922 in Oak Park, Illinois. Her family moved to Los Angeles soon after, and she began her entertainment career at age eight by appearing in an episode of the radio program Empire Builders. She acted on various radio shows throughout the 1940s, and in 1949, she became a co-host on Al Jarvis’ daily live television variety show, Hollywood on Television. In 1951, she was nominated for the Emmy Award for Best Actress for her work on the show — her first of 21 such nominations.

In 1952, Jarvis left Hollywood on Television, and White hosted the program herself. Alongside writer George Tibbles and producer Don Fedderson, she founded Bandy Productions to create new television shows centered around the characters from Hollywood on Television sketches. Among the Bandy programs was Life with Elizabeth, in which White portrayed the titular character. She soon became one of the only women to produce a television show.

Throughout the 1950s, White appeared in sitcoms like Date with the Angels and hosted her own variety show, The Betty White Show. She also frequently appeared on The Tonight Show and on a number of game shows, including To Tell the Truth, What’s My Line?, and Password. In 1963, White married Password host Allen Ludden. They were together until his death in 1981.

White began appearing on The Mary Tyler Moore Show in 1973, and went on to be nominated for three Emmy Awards for her portrayal of Sue Ann Nivens, host of the radio station’s “Happy Homemaker” show. In 1985, she began starring as Rose Nylund in The Golden Girls, the sitcom following the lives of four older women (White, Bea Arthur, Rue McClanahan, and Estelle Getty) living together in Miami. White earned seven Emmy nominations for the show, which ended in 1992.

While she continued to guest star in television shows throughout the ’90s and 2000s, White enjoyed a career renaissance in 2010 when, after a grassroots Facebook campaign went viral, she became the oldest person (at age 88) to host Saturday Night Live. Later that year, she scored another hit with Hot in Cleveland, which ran until 2015.

Beyond her illustrious acting career, White was also a passionate animal rights advocate, collaborating with the likes of the Los Angeles Zoo Commission and the Morris Animal Foundation for decades. In 2010, the USDA Forest Service named her an honorary forest ranger. White was also an author: she penned the memoirs Here We Go Again: My Life in Television and If You Ask Me (And of Course You Won’t) in 1995 and 2011, respectively, as well as several other books.

Of her 21 nominations, White won eight Emmy Awards, and is the only woman to receive an Emmy in each of the performing comedic categories. She also holds the record for the longest span between Emmy nominations for acting performances, receiving her first in 1951 and her last in 2011. In 2013, she earned the Guinness World Record for the Longest Television Career as an Entertainer. Her other accolades include three American Comedy Awards, three Screen Actors Guild Awards, a Grammy Award, a star on the Hollywood Walk of Fame, and induction into the Television Academy Hall of Fame.

Festivities for White’s 100th birthday were already well underway prior to her passing. A film documenting her 100th birthday party, attended by a guest list including Robert Redford, Morgan Freeman, Carol Burnett, Ryan Reynolds, Tina Fey,  Lin-Manuel Miranda, Clint Eastwood, Jay Leno, Jimmy Kimmel, and more, was scheduled to screen in 900 movie theaters across the US on January 17th.