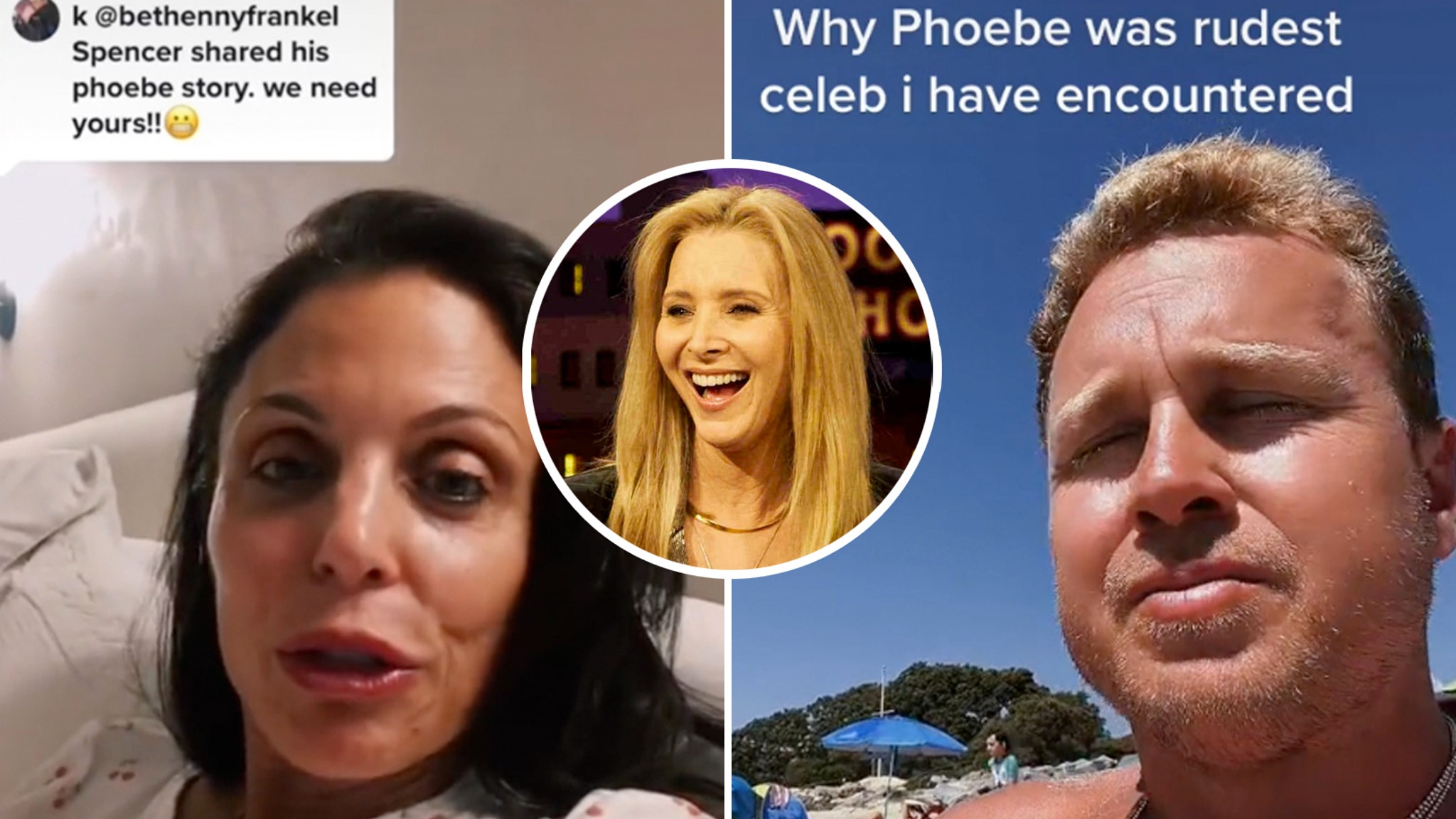 Frankel explained herself after she seemingly agreed with Pratt calling the “Friends” star the “rudest” celebrity he’s ever met.

Bethenny Frankel just made it very clear she has no beef with “Friends” star Lisa Kudrow, after making headlines for chiming in on a video Spencer Pratt made in which he called the actress out for being “one of the worst humans I’ve ever come in contact with. By far”

The drama started over the weekend, when Pratt named Kudrow after being asked to reveal the “rudest” celebrity he’s ever met. Spencer said the two crossed paths at an NBC party back in 2009, which he attended with wife Heidi Montag.

“Phoebe approaches, which was a little shocking since nobody had talked to us at all at the party. Right in front of me, she tells Heidi, she needs to get away from me as fast as possible because I’m going to murder Heidi and I have the eyes of a serial killer,” claimed Pratt. “Heidi wants to see if it’s a joke … no laughs, she just walks away and that right there is the rudest moment I’ve ever encountered with a human being.”

In the comments of one of Pratt’s videos, Bethenny chimed in, adding, “That’s crazy. She was on my talk show and I had a crazy experience also.”

After making headlines for that comment alone — and being accused of “agreeing” with Spencer’s take — Frankel then shared her own TikTok video detailing her alleged experience with the “Friends” alum and clarifying that she’s sure Kudrow is a “lovely person.”

Frankel explained that Kudrow was a guest on her since-canceled talk show and believed the actress’ appearance was thanks to some kind of “favor” or “quid pro quo” deal. “She stood out as the person who wanted to be there least out of the entire run,” Frankel said.

“I described it as if I walked up to her at the supermarket to interview her and she would be like, ‘What? You’re coming up to me at the frozen food section.’ But it was on a talk show set,” she continued. “I basically just was asking very basic normal questions and you could tell she didn’t want to be there. Which does make two of us.”

Frankel, however, wanted to make it clear she didn’t want it to appear like she was piling onto Kudrow after Spencer’s video.

“I’m sure Lisa Kudrow is a lovely person and a wonderful actress and I, by no means, getting into her or piling onto anything with Spencer,” she explained. “I just saw him comment and it was funny, weird random memory for me to have. A very memorable moment with her on my talk show.”

She concluded: “She didn’t want to be interviewed … which does get in the way of being interviewed.”