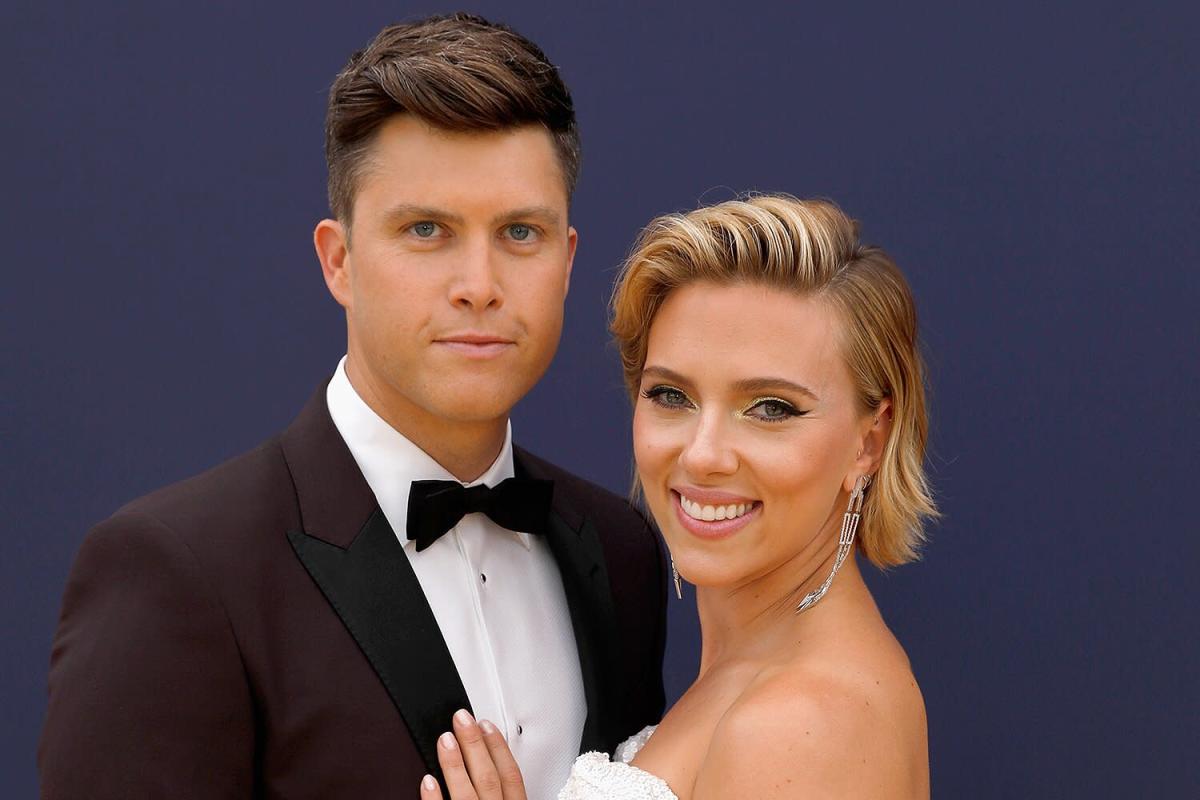 Colin Jost couldn’t resist the chance to crack a joke about his wife Scarlett Johansson‘s newest project, a skincare line.

Johansson, 37, is preparing to launch The Outset, her beauty company, and revealed the social profiles and website for the project this week. As part of promotion for The Outset, Johansson shared multiple black-and-white photos on Instagram, including a shot of her own profile, which she shared Sunday.

Jost, 39, who has been married to Johansson since 2020, spotted the snap and quipped in the comments, “Is this the best way to contact you? I’m starting a similar brand called “Part of a Face” and would love to use this photo. Thanks.”

Johansson first announced her upcoming beauty line last summer, when she teased her collaboration with business partner Kate Foster in an interview with Allure.

She also told the outlet at the time, “I created this brand to elevate clean, essential skin care. This will be a brand for everyone who wants their skin to look its best with minimal effort.”

While Johansson has served as the face of Dolce & Gabbana’s fragrances and starred in a L’Oréal Paris campaign, she is forging her own path with the launch of The Outset.

“I’ve been the face of several luxury brands throughout my career, and all of those experiences were really wonderful,” Johansson told Vogue in a quote posted to her Outset Instagram account. “I guess I always felt that I was sort of playing a character in those campaigns, and as I evolved, I wanted to create and represent a brand that was true to me.”

Along with launching her own skincare company, Johansson has been keeping busy with work and family life. The Black Widow star and Jost welcomed their first child, son Cosmo, in August. Johansson is also mom to 7-year-old daughter Rose, whom she shares with ex-husband Romain Dauriac.

Johansson opened up about life as a mom-of-two in a December appearance on People (The TV Show!), where she said Cosmo was doing “great” and had been “making all the fun discoveries, like feet.”

“It’s the best,” she said, joking, “I mean, feet, who knew? There they are. Life-changing.” She continued that her son did “everything” to his toes, and would even “stare at them, pull on them, chew on them.”

“It’s just unbelievable,” she said. “I mean, can you imagine you never realized you had feet and then you looked down and there they are? You’re like, ‘Whoa.’ “