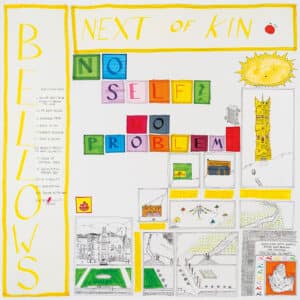 
Bellows, the project led by Oliver Kalb, have announced their fifth album: Next of Kin is out March 23 via Topshelf. Along with the announcement, Kalb has previewed the LP with the new songs ‘Rancher’s Pride’ and ‘McNally Jackson’. ‘Rancher’s Pride’ comes with a video directed by Told Slant’s Felix Walworth, while ‘McNally Jackson’ is accompanied by a visual directed by Daniel Ott. Check them out below, and scroll down for the album’s cover artwork and full tracklist.

Next of Kin Cover Artwork:

Next of Kin Tracklist: