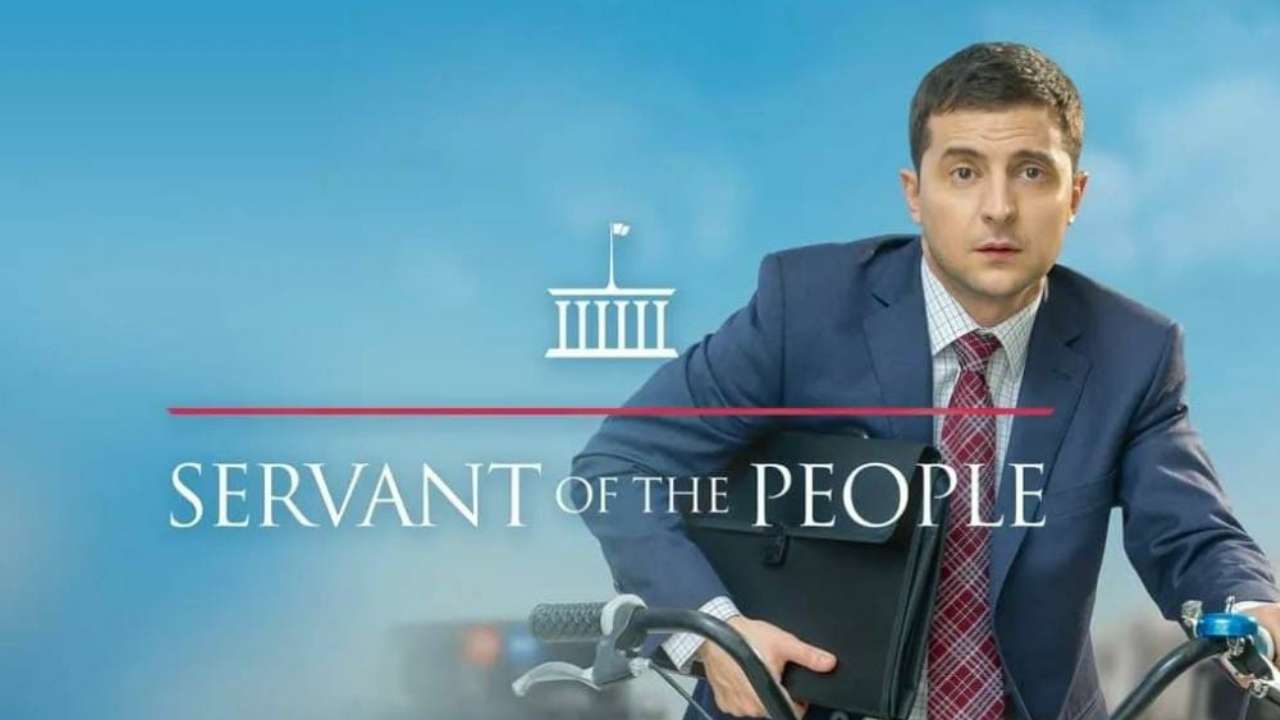 
To the great dismay of West Wing fans, Josiah Bartlet never actually became President of the United States of America. At some point, one suspects they’d even have settled for Martin Sheen. Alas, playing the role of the president on television hasn’t yet become a qualifying experience for playing it in real life — or at least not in the U.S. But things work differently in Ukraine, which in 2019 elected to its presidency the star of Servant of the People (Слуга народу), a comedy series about a high-school teacher who becomes president on the back of an anti-establishment rant gone viral. His name, Volodymyr Zelenskyy, is one we’ve all become familiar with indeed since last week, when Russian president Vladimir Putin ordered an invasion of his country.

For as unlikely a head of state as Zelenskyy, a more formidable test could hardly be imagined. The seriousness of the conflict contrasts starkly with the tone of Servant of the People, in light of which Zelenskyy’s ascendance looks less like Martin Sheen becoming President than Veep‘s Julia Louis-Dreyfus becoming Vice President, or Yes Minister‘s Paul Eddington becoming Prime Minister.

Still, the past decade’s further blurring of the lines between televisual fiction and political fact made the Zelenskyy candidacy look less like a stunt than a genuinely viable campaign. During that campaign the BBC produced the segment at the top of the post, which calls him “the comedian who could be President”; Vice published the more detailed view above as election day approached.

Most officials of Zelenskyy’s rank are famous by definition. He had the advantage of already being well-known and well-liked in his homeland, but his performance so far under the harrowing conditions of Putin’s invasion has won him respect across the world. There is now, in addition to the fascination about his rise to power, an equally great fascination about that of Vasyl Holoborodko, the thirty-something history teacher he plays on Servant of the People. This Youtube playlist offers 23 episodes of the show, complete with English subtitles. Give it a watch, and you’ll better understand not just Zelenskyy’s appeal to the Ukrainian people, but that people’s distinctive sense of humor — a vital strategic asset indeed in such trying times.

Why is Ukraine in Crisis?: A Quick Primer For Those Too Embarrassed to Ask (2014)

“Borat” on Politics and Embarrassment — Pretty Much Pop: A Culture Podcast Discussion #67