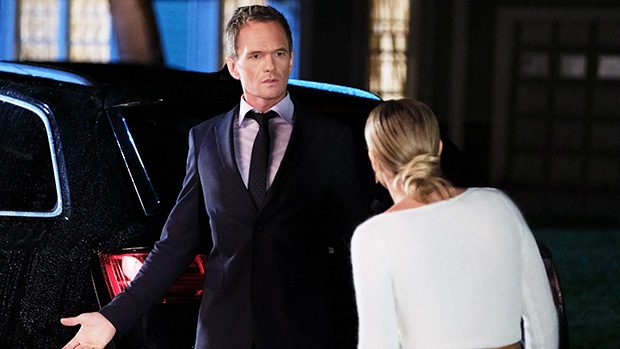 Barney isn’t the first character to show up in How I Met Your Father, and he certainly won’t be the last. Upon Barney’s return, you might be wondering: where are all the other How I Met Your Mother characters? HollywoodLife has all the latest updates about the beloved characters as HIMYF continues.

Suddenly, Sophie crashes her car by accidentally rear-ending the car in front of her. She gets out of the car to assess the damage. The driver of the other car also steps out, and it’s none other than Barney Stinson. “Dudddeeeee,” he says to Sophie. In the future, Sophie’s son asks who Barney is. “We’ll get there soon enough,” she quips.

Sophie crosses paths with Cobie Smulders’ Robin at MacLaren’s Pub in episode 10 of HIMYF’s first season. Robin buys Sophie a drink and gives her some prized relationship advice while they sit at that booth. “Do not waste your time being scared,” Robin tells Sophie. “Fear can make you run away from things that could be good — great, even! Things that are supposed to be a part of your story.”

Neil Patrick Harris’ Husband David Burtka: Everything To Know About Their 8 Year Marriage

While Jason Segel and Alyson Hannigan have not appeared on How I Met Your Father yet, they have been referenced. In the series premiere of How I Met Your Father, Jesse and Sid’s apartment is the same apartment that Ted, Marshall, and Lily lived in. Jesse said they got the place “from this old married couple who posted it on the Wesleyan alumni group.” That “old married couple” is Marshall and Lily. The couple moved out of the apartment as they awaited the arrival of their third child.

Carl the Bartender pops up on How I Met Your Father in the season 1 finale. He’s at the bar in MacLaren’s when Robin and Sophie meet. Joe Nieves appeared in 19 episodes of How I Met Your Mother.