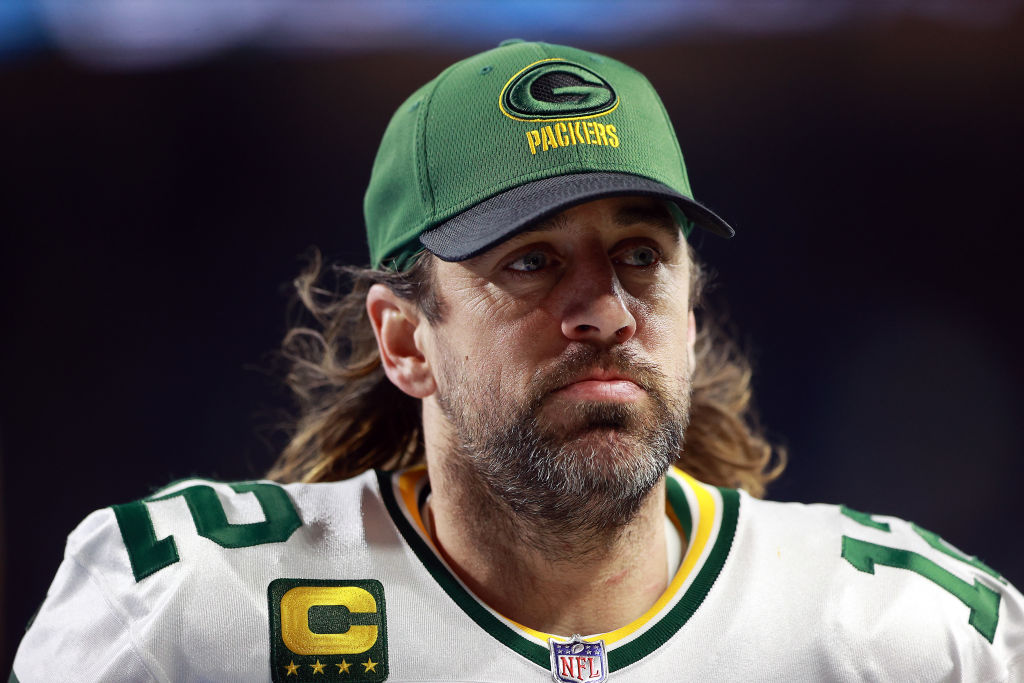 “It’s like, alright. Calm down. He’s a football player,” Ansari said in clip released Tuesday from his latest Netflix special, Nightclub Comedian. “He read some articles. He got skeptical. He did some research. Are you stunned he came to the wrong conclusion? Did you really think he was gonna crack the case? Did you think Fauci was gonna be out there, like, ‘I just got off the phone with Aaron Rodgers?’ This poor guy. It’s like we’re all in high school and we’re making fun of the quarterback for doing bad on the science test.”

Later, Ansari joked, “This guy makes a living getting hit in the head. Can we cut him a break?”

Rodgers, of course, has chosen not to receive the vaccine. While he had said in August 2021 that he was “immunized” against the virus, he confirmed his status in November. He said then that he was allergic to an ingredient in the Moderna and Pfizer-BioNTech shots, and decided against the Johnson & Johnson vaccine because of possible side effects. Instead, he underwent his own method of immunization.

Ansari noted that Rodgers, the NFL’s reigning MVP, “did kinda lie” initially. He equated the athlete saying he had been “immunized” to saying, “My doctors gave me some powders from Jamba Juice.”

Rodgers’s future with the Packers is up in the air, following the team’s playoff loss to the San Francisco 49ers on Saturday, as he considers retirement and the team plans for next year.

At the same time, his personal life might be headed for a change, too, with People reporting that he and his brother, former Bachelorette star Jordan Rodgers, have “started talking a little bit.” (Jordan had said during his time on the 2016 season of the dating show that Aaron was estranged from the rest of the family.)

“They’re just very different people with different outlooks,” an unnamed insider told the magazine. “But they’re family and they know that.”

And yet his relationship with his fiancée, actress Shailene Woodley, is still going strong. An “insider” said the two have decided to keep political issues out of their relationship: “They are not talking about their politics, and they never really have. They disagreed on a lot of things. Early on, they decided to agree to disagree about things and not debate them.”