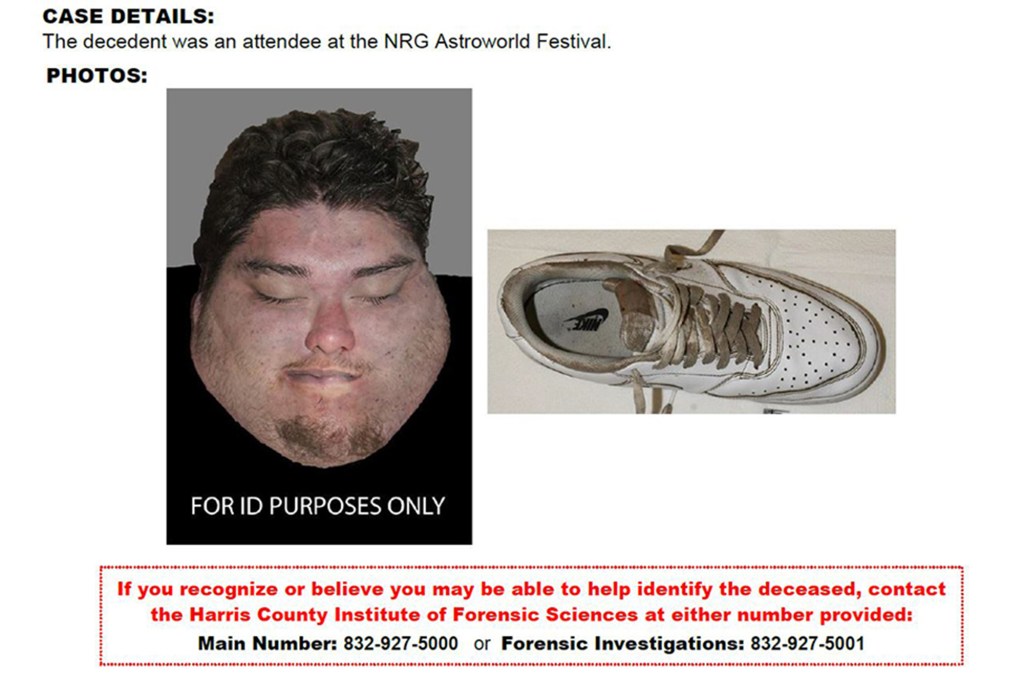 
A large man believed to be in his 20s who died at the scene of the Astroworld Festival tragedy on Friday can’t be identified by authorities.

The man, who weighed 498 pounds, was brought to Memorial Hermann Hospital in Houston, the Harris County Institute of Forensic Sciences said.

The unknown concertgoer was described as being in his early 20s, 6-foot-2, about 498 pounds, and having short black or dark brown wavy hair. He had a slight mustache with a noticeable goatee, officials said. A cause of death has not been released.

At the time of his death, he was wearing size-11 white Nike sneakers.

Authorities said about 25 people were taken to hospitals. Of those, 13 were still hospitalized on Saturday, officials said.