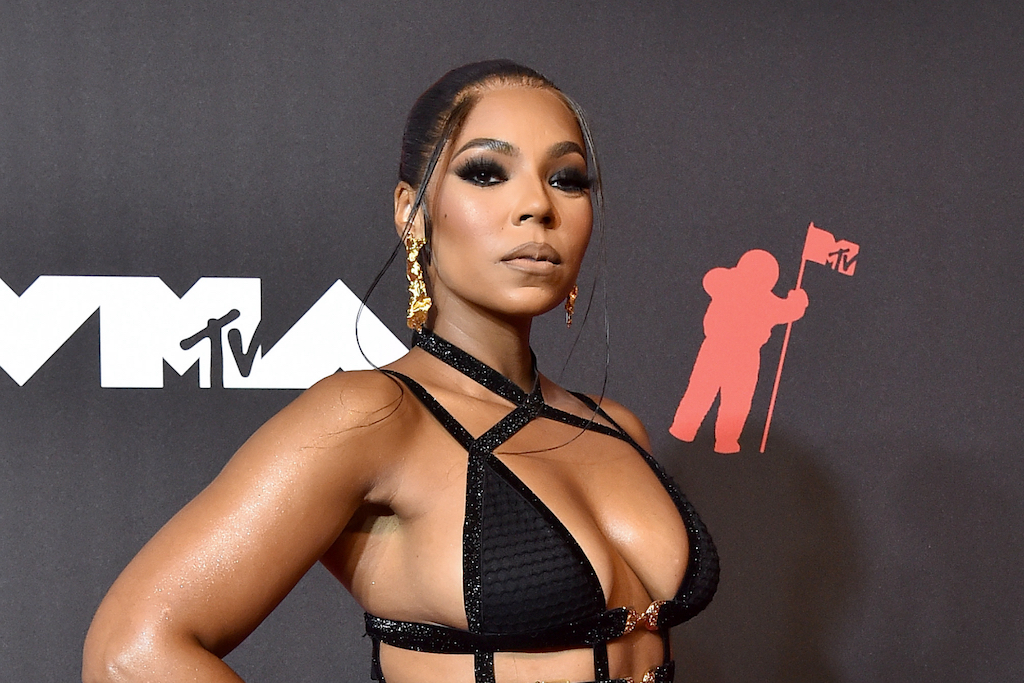 The singer performed “Falling For You” and “Foolish” live on the morning news show and promptly finished the set to go film a TikTok on “GMA’s” account with Ja Rule for their “Ask Me Anything” segment. In the video, the pair spoke about everything from their favorite songs to perform live to why they never ended up dating.

From why they never dated to their favorite song to perform, we’re “Mesmerized” by @ashanti and JaRule’s friendship. #AMA #askmeanything

The Grammy-Award-winning singer wore the same look on and off the stage. Ashanti wore a dark green Balmain blazer dress with gold accents. Gold buttons lined the lapels of the blazer dress, giving way to a belt with a gold “B” for Balmain on it that accentuated the waist of the garment and changed up the silhouette.

The dress had a daring plunging neckline with lengthy sleeves that were also adorned with gold buttons. The forest green piece was strategically fitted with pockets near the skirt. The singer wore statement gold rings and extreme dangling gold earrings, Ashanti accessorizing in the most maximal way possible to up the glam factor. Keeping the drama going, Ashanti wore her hair down and parted in the middle with the lengthy sleek black locks thrown over her shoulder.

Regardless of all the sparkle going on already, Ashanti opted for more with silver sandal heels from Jennifer Le. The glittering footwear secured around Ashanti’s ankles and around the tops of the star’s fee. The straps were adorned with shimmering crystals.