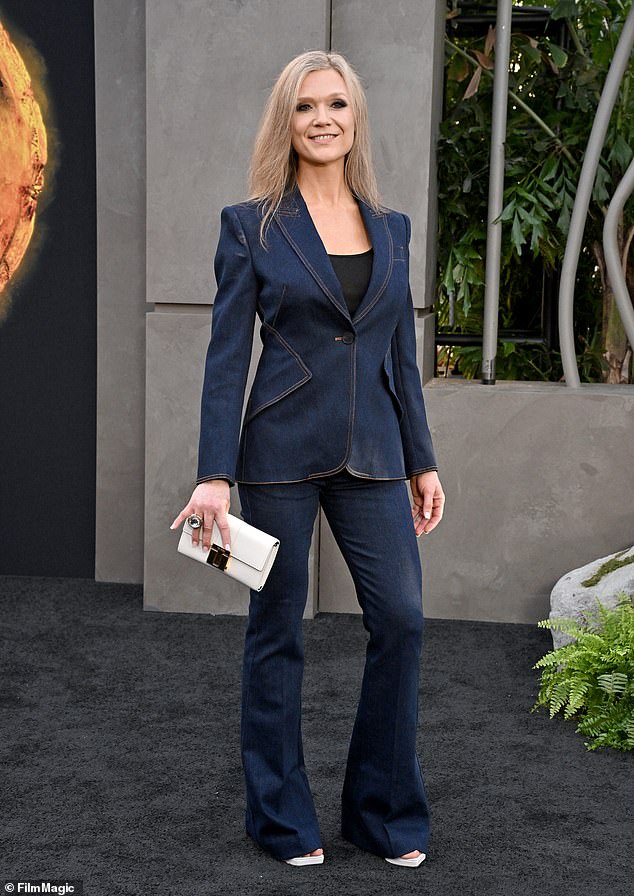 
All grown up! Ariana Richards, 42, who was 13 when she starred in 1993’s Jurassic Park, is glamorous at Jurassic World: Dominion premiere… after quitting Hollywood in 2013 to become a painter

By Heidi Parker For Dailymail.com

She played the curious and computer savvy child Lex in the 1993 movie Jurassic Park, which was the first flick from the famed film franchise.

And on Monday evening Ariana Richards proved she is all grown up as she appeared on the carpet at the Jurassic World: Dominion premiere at the Chinese Theater in Hollywood that also saw Laura Dern, Chris Pratt and Jeff Goldblum attend.

It has been nine years since she quit Hollywood to pursue a career as a painter.

There she is! She was in the 1993 movie Jurassic Park. And on Monday evening Ariana Richards proved she is all grown up as she appeared on the carpet at the Jurassic World: Dominion premiere at the Chinese Theater in Hollywood 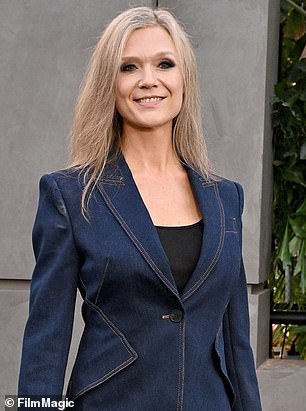 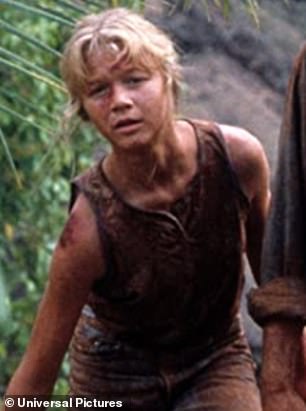 Now and then: She is now 42, left, but when Jurassic Park came out she was only 13

The film was about a rich old man named Hammond (Richard Attenborough) who opens a theme park with real dinosaurs he secretly bred in South America. 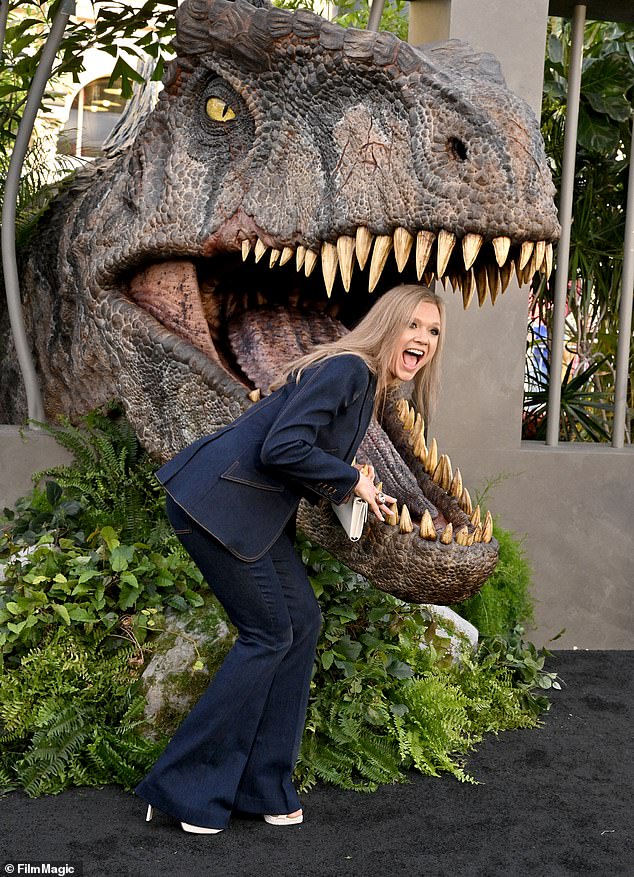 Having a blast: The star, who works as a painter now after giving up acting in 2013, had fun at the splashy premiere 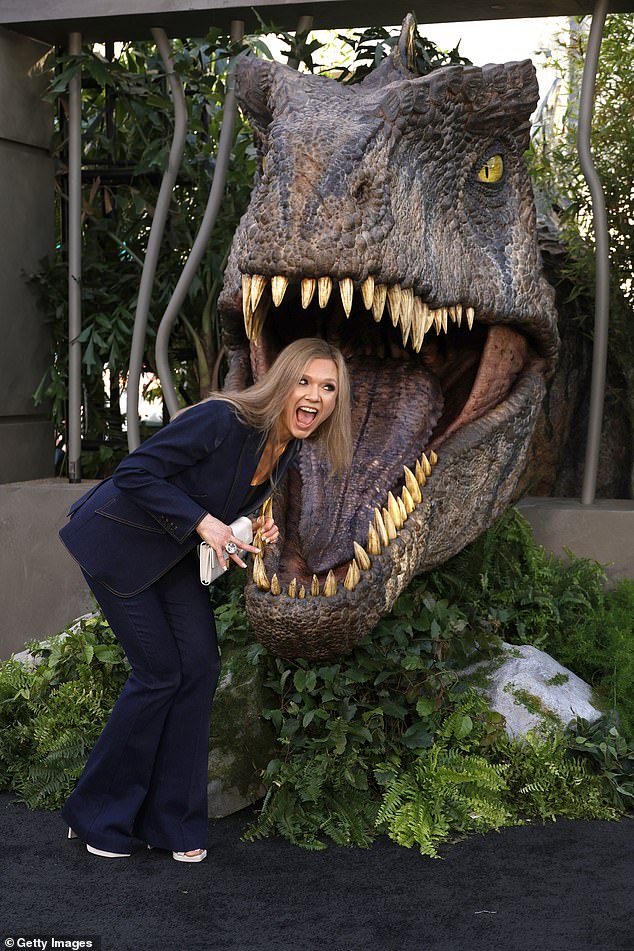 A good time: The former actress pretended to be scared while opening her mouth wide 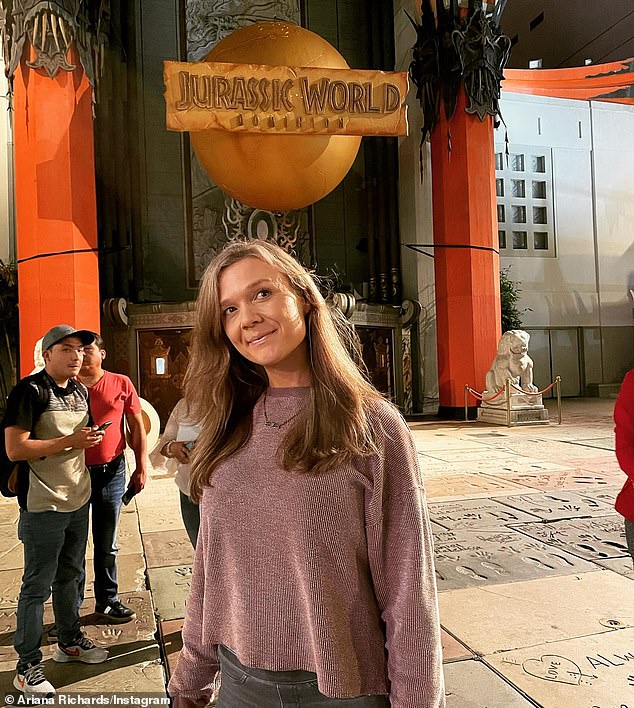 The night before the premiere: On Sunday she stopped by the theater to take it all in

But when a team comes to see the park first hand all hell breaks loose as the dinos break free of their cages and try to gobble up humans.

Lex was the grandchild of John Hammond who is so savvy with a computer that she knows how to run the park’s controls, thus helping the group survive.

Before Jurassic Park she had starred on several TV shows like Golden Girls, My Sister Sam, Island Son, Walter & Emily and Capitol Critters. 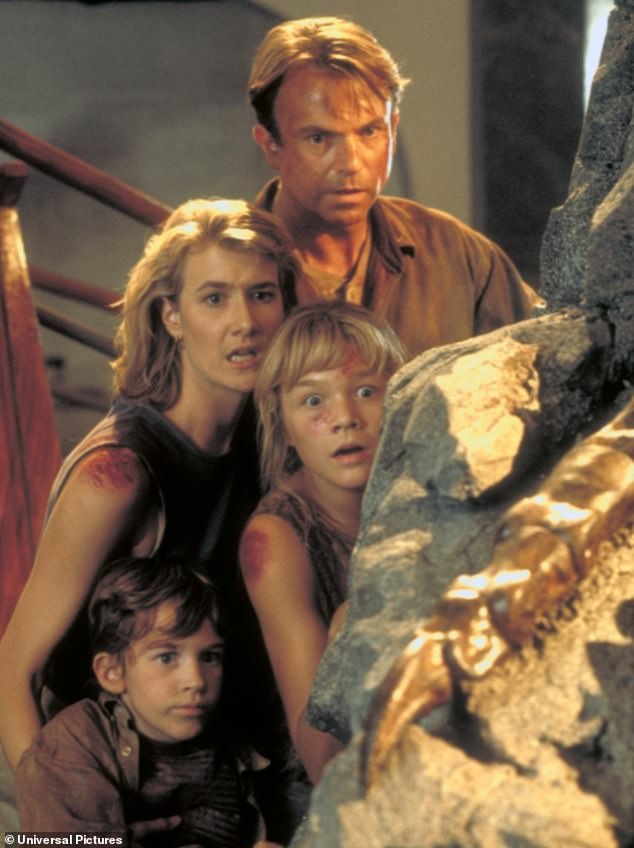 The big film: In Jurassic Park with Laura Dern and Sam Neill as well as Joseph Mazzello who played her brother Tim 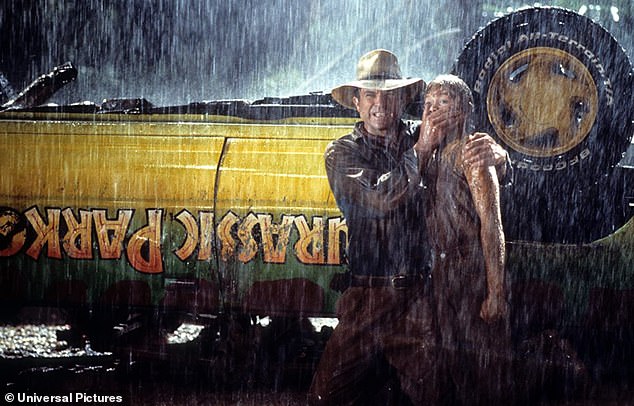 All fear in this film: She wanted to scream but Neill held a hand over her mouth 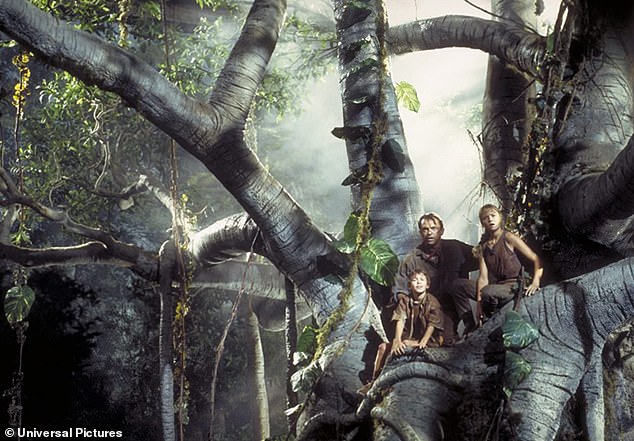 A quiet moment: Here she is seen with Neill and Mazzello checking out dinos 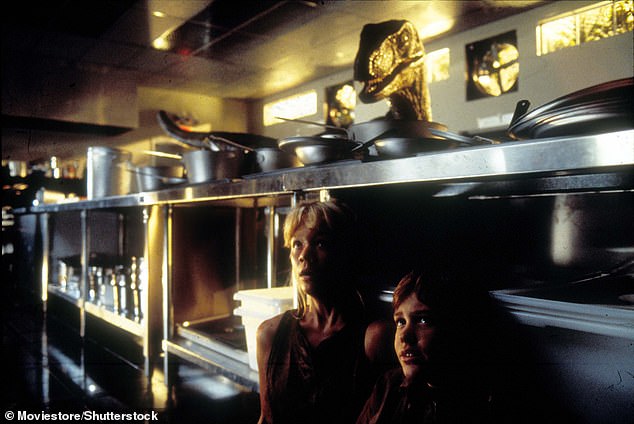 A thrill a minute: Here a dino tries to find Lex and her brother as they hide in a kitchen

The stars of that film were Julianne Moore and Vince Vaughn with Attenborough popping up too.

After that Richards was seen in the TV movie The Princess Stallion (1997) and Broken Silence (1998). 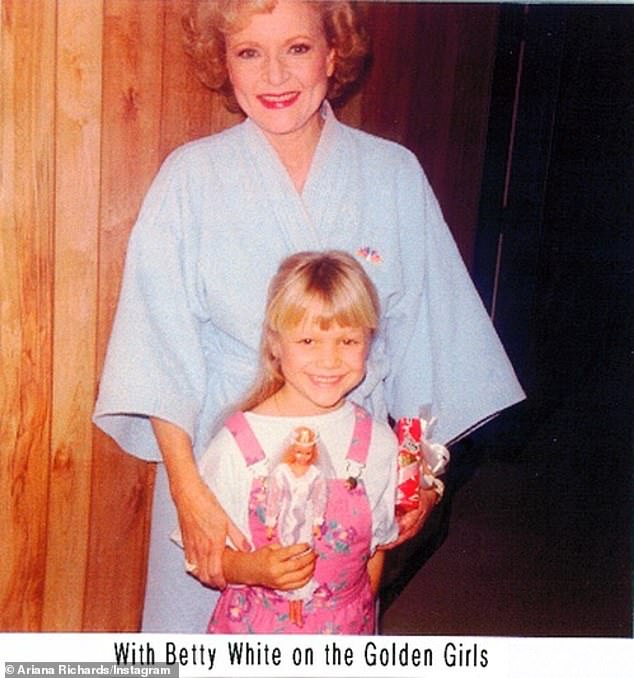 Fond memories: Her first acting job was on The Golden Girls with Betty White in 1987. She was in the episode And Then There Was One 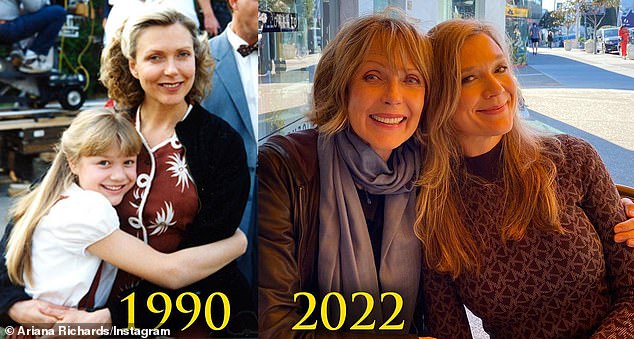 A fun before and after: On Instagram she shared this image in 1990 on the set of the TV movie The Incident with Susan Blakely and in 2022 again with Blakely

In 2013 she starred in her last project, the TV movie Battledogs with Dennis Haysbert.

Along the way she educated herself. In 2001 she graduated from Skidmore College where she picked up a degree in Fine Art and Drama.

She then took classes at the Art Center College of Design in Pasadena, California.

The star now works as a painter.

On her Instagram page she shares she is a ‘painter, actress, mother…and I happen to be a vegetarian.’

She wed Mark Aaron Bolton in Oregon in January 2013. The couple have a daughter who was born in 2015. 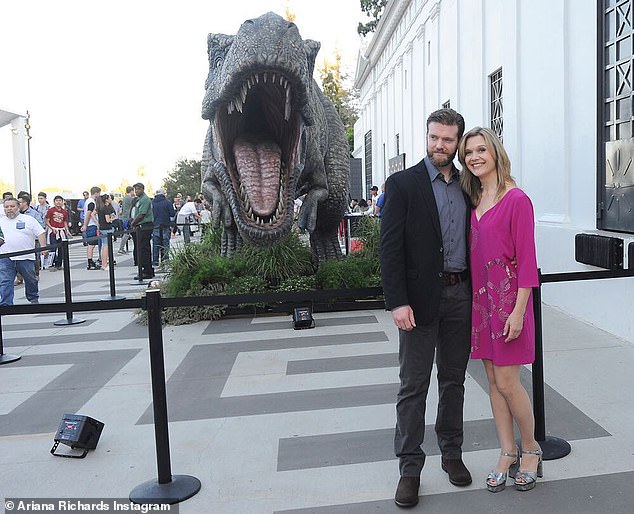 The love of her life: She wed Mark Aaron Bolton in Oregon in January 2013. The couple have a daughter who was born in 2015. Seen at the Jurassic Park 25 celebration in Los Angeles in 2018 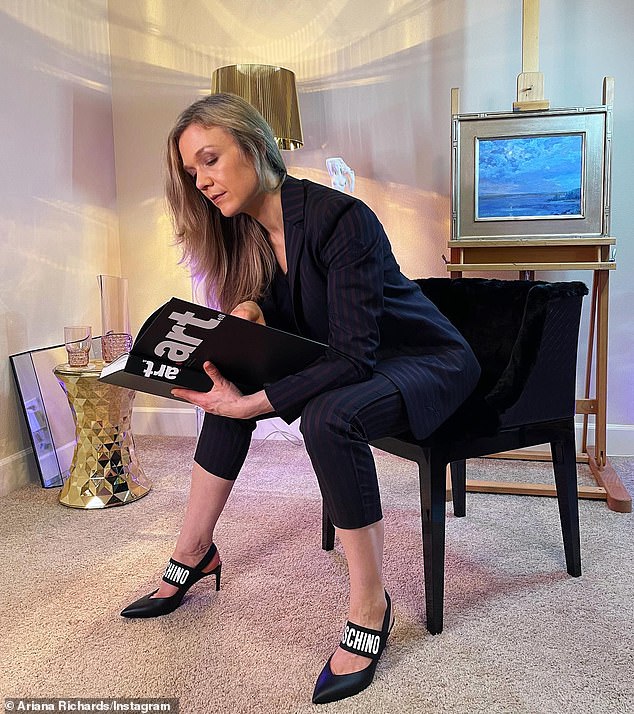 She paints now: The star now works as a painter. On her Instagram page she shares she is a ‘painter, actress, mother…and I happen to be a vegetarian’