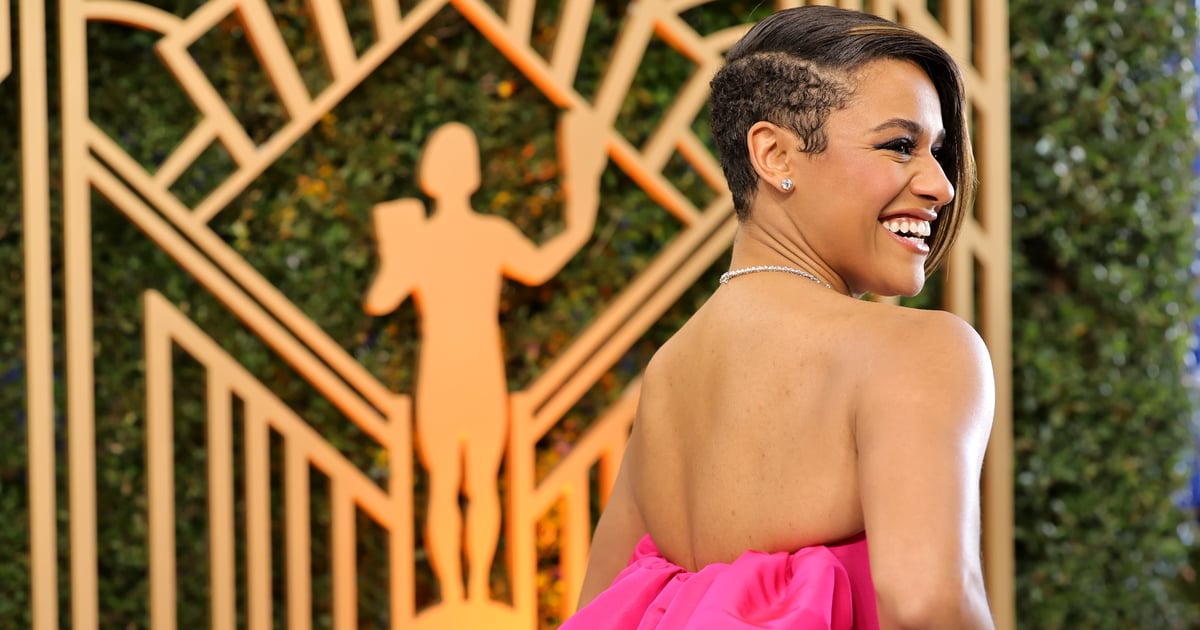 
Ariana DeBose exuded elegance during her latest red carpet appearance. A day after wearing Alexander McQueen to the NAACP Image Awards, the actor wore a pink Valentino gown to the SAG Awards in Los Angeles on Feb. 27.

Bringing to mind comparisons to Marilyn Monroe’s iconic “Gentlemen Prefer Blondes” look, the dress was pulled from the brand’s spring 2022 couture collection and features a strapless, column silhouette with a bustle at the back. Styled by duo Zadrian Smith and Sarah Edmiston, the outfit was completed with diamond jewelry, including a matching necklace and bracelet.

DeBose gushed over her gown during a preshow interview with People and Entertainment Weekly: “Can we just talk about the color? The beautiful jewel tones at the SAG Awards?” It was the start of a big night for DeBose, whose portrayal of Anita in Steven Spielberg‘s “West Side Story” remake earned her the award for outstanding performance by a female actor in a supporting role. She added, “I’m just in a celebratory mode. I’ve got a constant loop of Doja Cat in my head.”