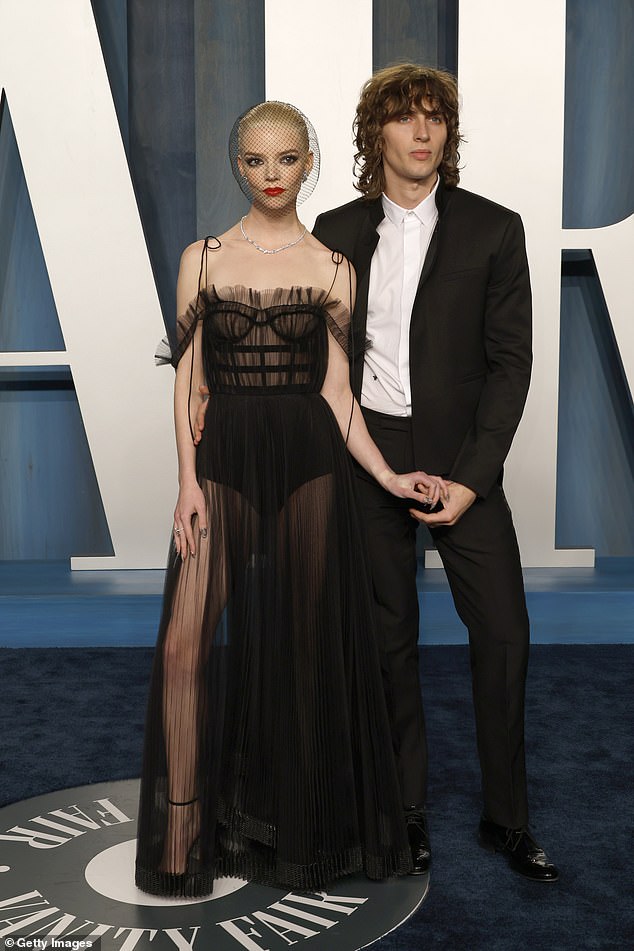 According to a source, the 26-year-old Northman star and the 27-year-old musician tied the knot with a modest courthouse ceremony in the United States.

DailyMail.com has reached out to a representative for Taylor-Joy requesting comment about the alleged nuptials.

Newlyweds? Anya Taylor-Joy, 26, has married her boyfriend of more than a year Malcolm McRae, 27, a source claimed to Page Six on Monday; seen in March in Beverly Hills

The source claimed that Taylor-Joy jetted back to Australia shortly after the wedding to resume filming Furiosa, which is a prequel to Mad Max: Fury Road.

She’s starring as a younger version of Charlize Theron’s character in the earlier film, which saw Tom Hardy take over the Mad Max title character from Mel Gibson.

The couple have been rumored to be engaged after Taylor-Joy was spotted in June wearing what appeared to be a diamond ring on her left ring finger.

She has been seen several times since then with the same ring, mostly recently in Sydney, Australia, on Monday, after the reported wedding. 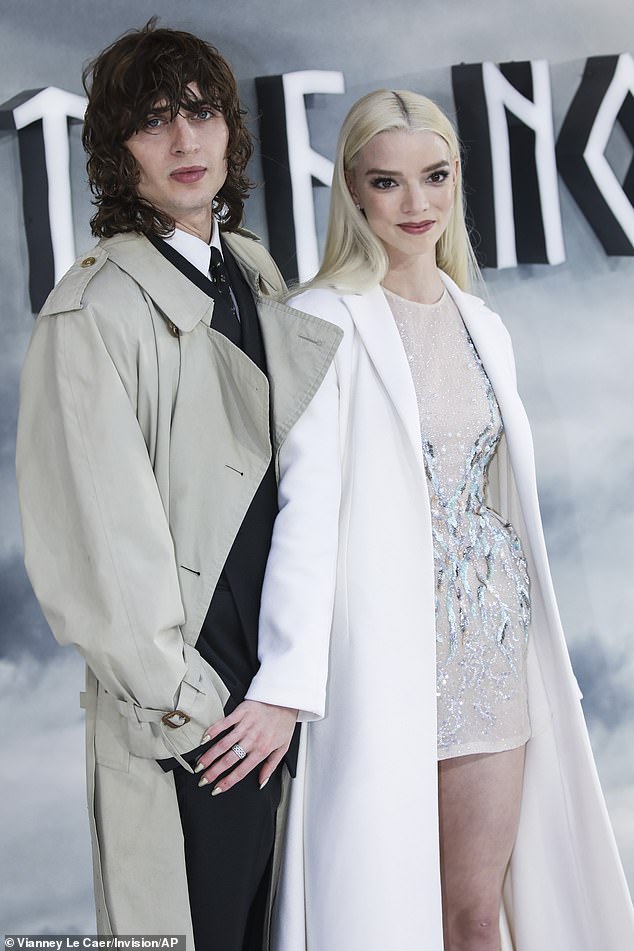 According to a source, the Northman star and the musician tied the knot with a modest courthouse ceremony in the United States; seen in April in London 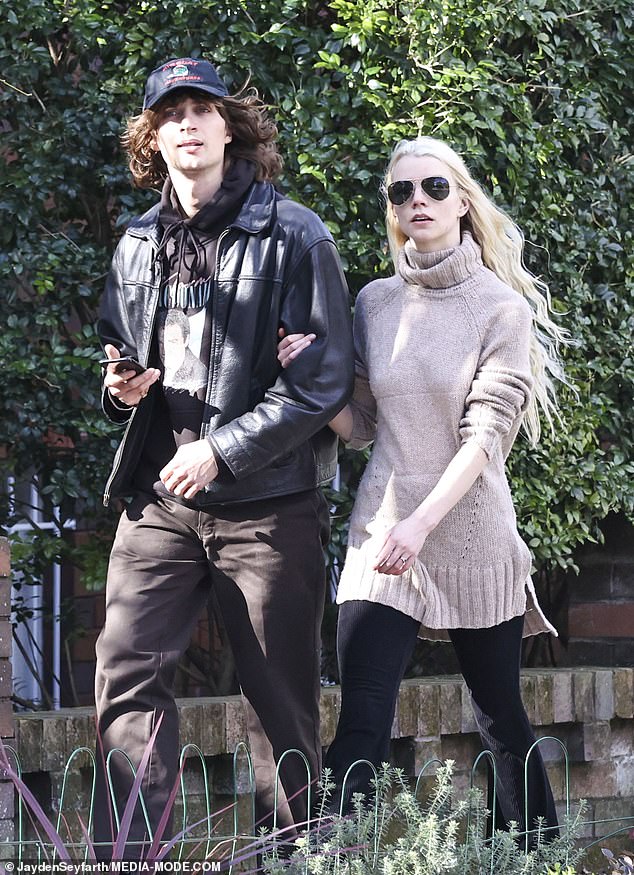 Hints: They sparked engagement rumors in June when Taylor-Joy was spotted with a diamond ring on her left hand, which she has worn multiple times in public; seen July 9 in Sydney

Although they’ve made their union legal and official, sources told the publication that they’re planning on having a larger ceremony with more guests once Taylor-Joy wraps filming and is able to return to the US for a longer time.

The lovebirds have been red-carpet official since making an appearance after the Academy Awards at the Vanity Fair Oscar Party, but a source told Page Six that they have been dating for over a year.

Prior to her Saturday Night Live hosting gig in 2021, they were spotted making out in May of that year.

McRae, an Alabama native, has dabbled a bit in acting, but his primary interest is playing guitar and piano in his rock duo More.

In July 2021, The Sun reported that McRae had ‘has practically moved into [Taylor-Joy’s] L.A. home.’ 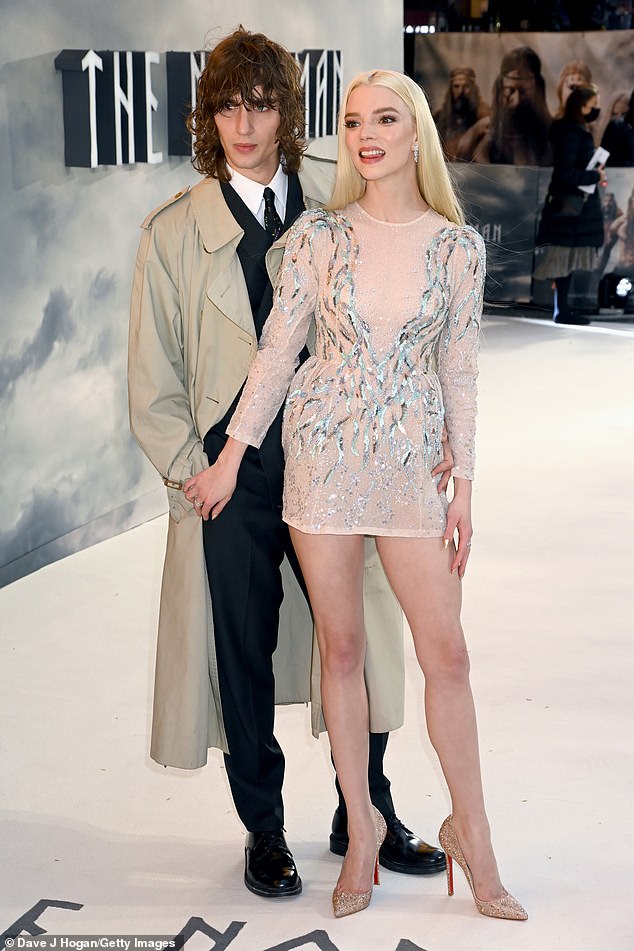 Back to work: Afterward, they jetted back to Australia, where Taylor-Joy is filming the Mad Max: Fury Road prequel Furiosa; seen in April in London

Taylor-Joy has mostly stayed mum about her relationship to McRae, but she offered a rare comment about him to British Vogue in March when she described some of their favorite activities at home.

‘I said to my partner [the musician and actor Malcolm McRae] the other day that he was my hobby,’ she said. ‘I see reading as something that I have to do. He loved it because he’s the same. I’ve finally found someone who will happily sit in silence with me reading. We’re basically 80 years old and seven at the same time and it works really well.’

She also noted that the occasionally long-distance nature of their relationship could be trying on her, though they seem to have made it work. 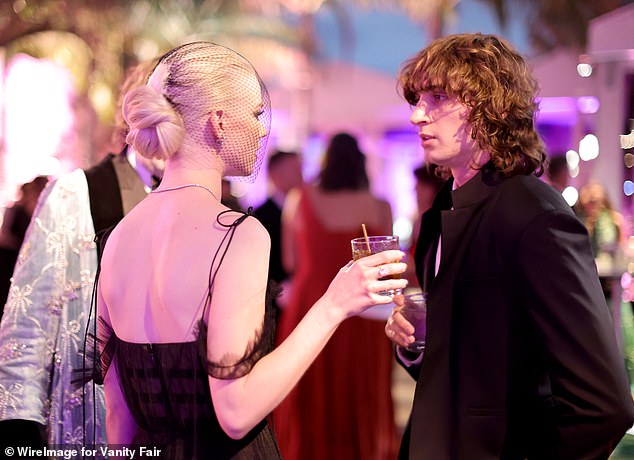 It’s official: They were linked in the spring of 2021, and went red carpet official at the Vanity Fair Oscar Party in March of this year; seen at the event in Beverly Hills

‘Yes, it is [hard], but it’s also kind of great because when you’re together you’re really valuing the time that you have. Everyday mundane activities are so full of joy. I love going to the petrol station with him and filling up the car and going to get breakfast,’ she added.

‘Oof supremely happy,’ he captioned a sweet photo of himself holding hands with Taylor-Joy as they beamed in a reflection on a window. 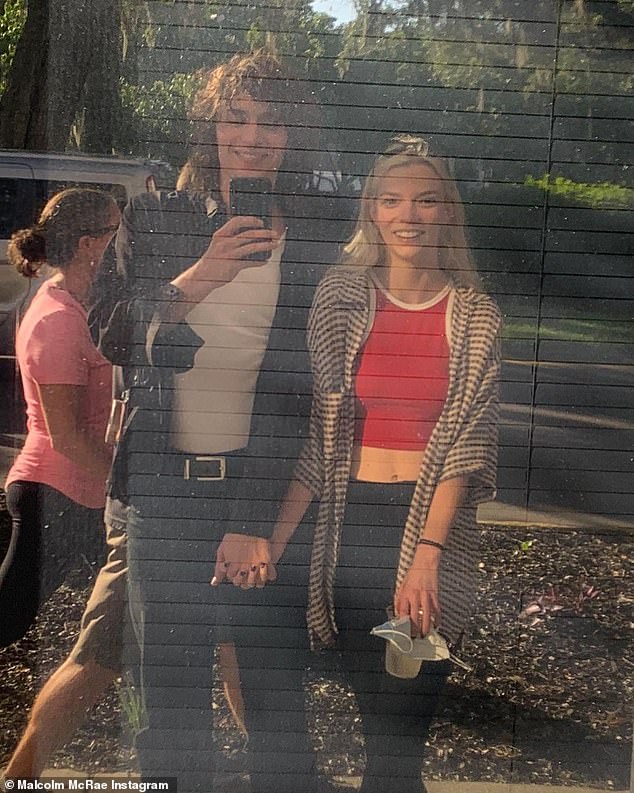 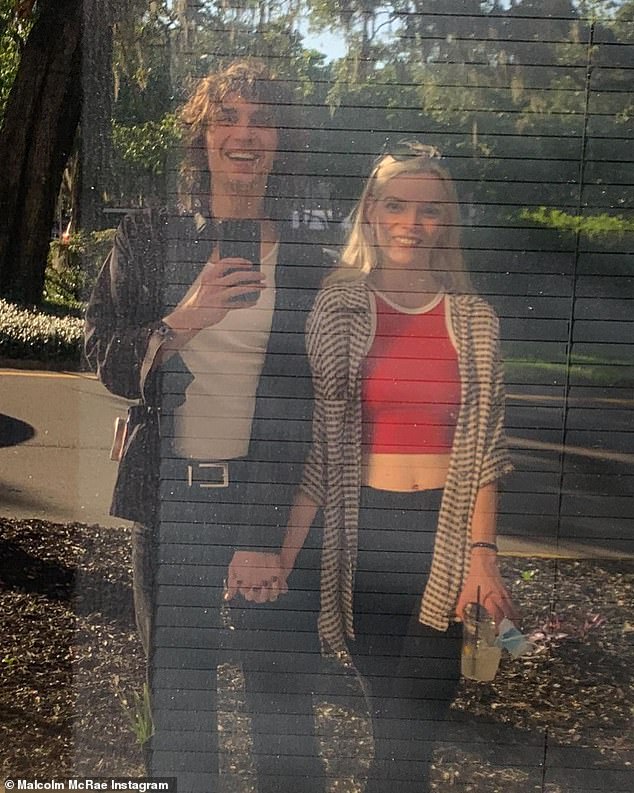 Lovebirds: ‘Oof supremely happy,’ he captioned a sweet photo of himself holding hands with Taylor-Joy as they beamed in a reflection on a window