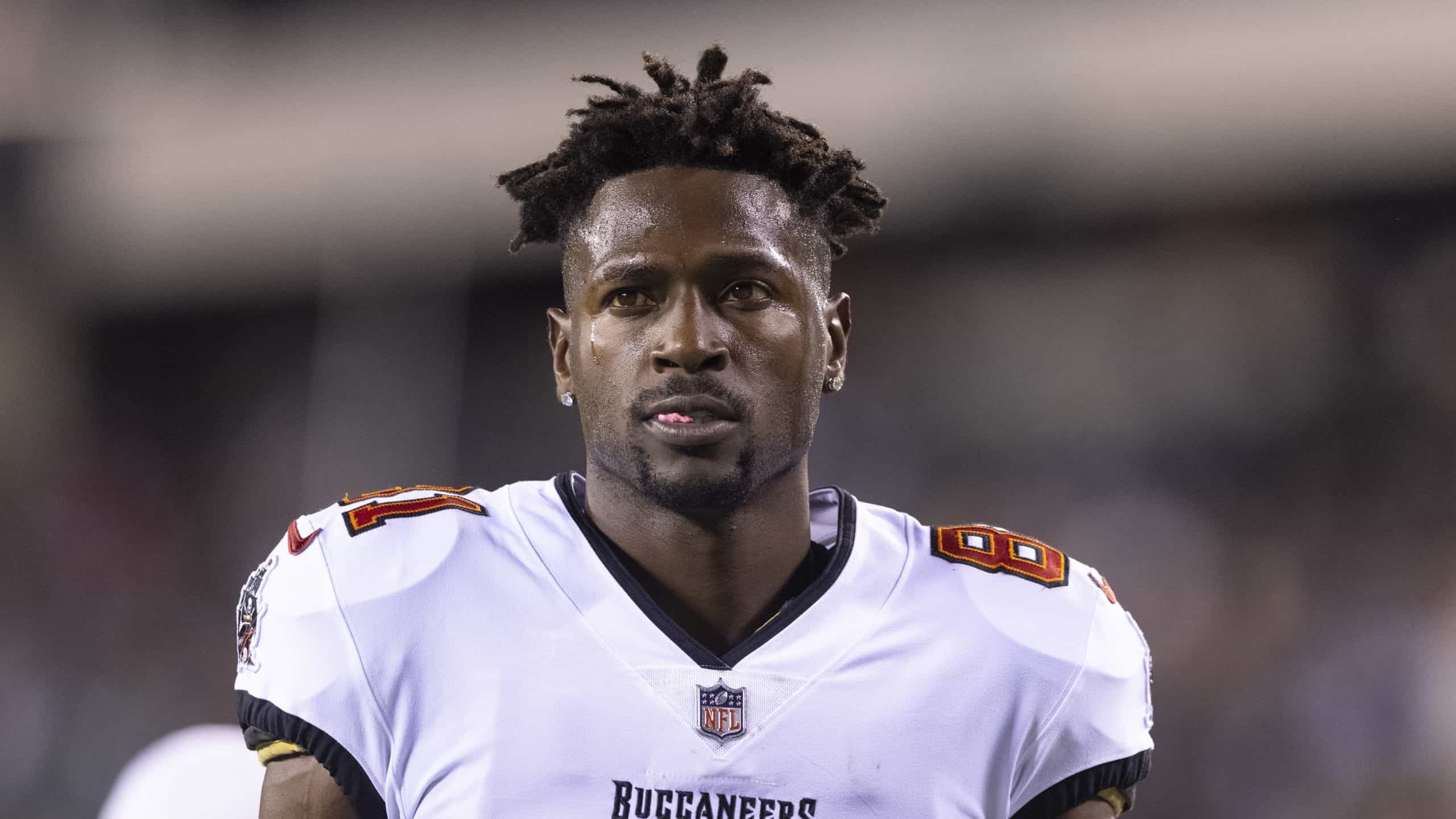 
#Roommates, Antonio Brown just received some less than positive news regarding the widespread rumors that he faked his vaccination status. According to new reports, the NFL has determined that Antonio Brown presented a fraudulent COVID-19 vaccination card—and as a result, he has been suspended for the next three games.

You’ll recall that last month, Antonio Brown’s personal chef, Steven Ruiz, alleged that Antonio obtained a fake vaccination card back in July in order to play in the NFL without getting fully vaccinated—claims that Antonio denied…but after a recent investigation the NFL believes he did submit fraudulent paperwork. @TMZ_TV reports, the NFL has decided to formally suspend Antonio Brown for the next three games after discovering that he did “misrepresent” his vaccination status, while also stating that their internal investigation “supported” the allegations made against him.

In response, Antonio’s attorney Sean Burstyn made a formal statement regarding his client, saying “The NFL made its determination and, instead of going through the drawn out and distracting process of challenging the outcome, Mr. Brown wrapped this up promptly and he will make this most of this time by treating his ankle injury. Mr. Brown will be motivated, well rested, and in the best shape of his life when he returns in week 16.”

Upon receiving the news from the NFL that he had been suspended, the league said that Antonio “accepted the discipline” and will not appeal the decision. However, despite this, Burstyn still insists that his client never lied about his vaccination status. “Be like Antonio Brown and get the vaccine,’ he said.

Antonio Brown has been out of the Tampa Bay Buccaneers starting line-up since October due to an ankle injury.