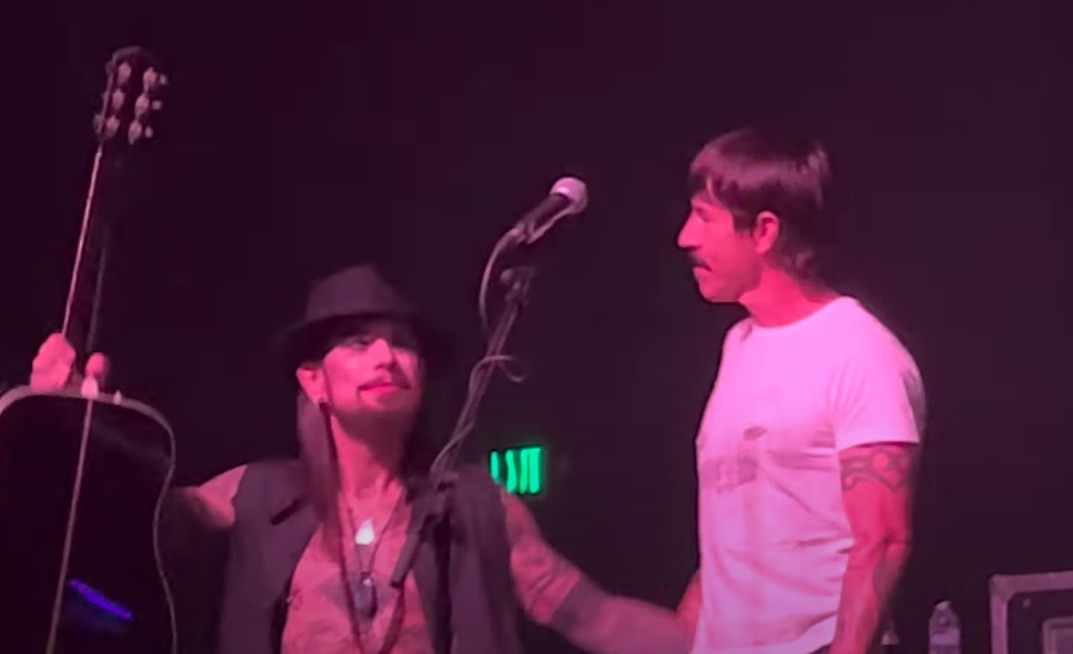 
For about five years, Dave Navarro was a Red Hot Chili Pepper. Navarro joined the band in 1993, replacing the departing John Frusciante, and he finished his time with the Chili Peppers in 1998, when Frusciante rejoined. (Frusciante recently rejoined the band again.) Navarro’s split from the band was somewhat contentious, and it involved a whole lot of drug problems, but everything is apparently all cool now. Last night, Chili Peppers frontman Anthony Kiedis was a surprise guest during an all-star charity concert that Navarro helped put together. As far as I can tell, it was the first time that Kiedis and Navarro have performed onstage together since 1997.

For a while, Navarro and Billy Idol guitarist Billy Morrison have been planning a special all-star concert that would pay tribute to both the Sex Pistols’ Never Mind The Bollocks and Lou Reed’s Transformer. The show was supposed to feature luminaries like Billy Idol and the Foo Fighters’ Taylor Hawkins, both of whom had to back out at the last minute because of illnesses. (Idol said that he had a “respiratory cold” and that he’s been tested for COVID.) On Instagram, Navarro announced that Idol and Hawkins wouldn’t be there, but he also announced “a few surprises.”

Last night, the show went down at the Fonda Theatre in LA, and Anthony Kiedis joined Navarro and the rest of the band onstage to cover Lou Reed’s “Walk On The Wild Side.” Here’s a fan-made video:

And here’s Dave Navarro happily immortalizing the moment on Instagram: