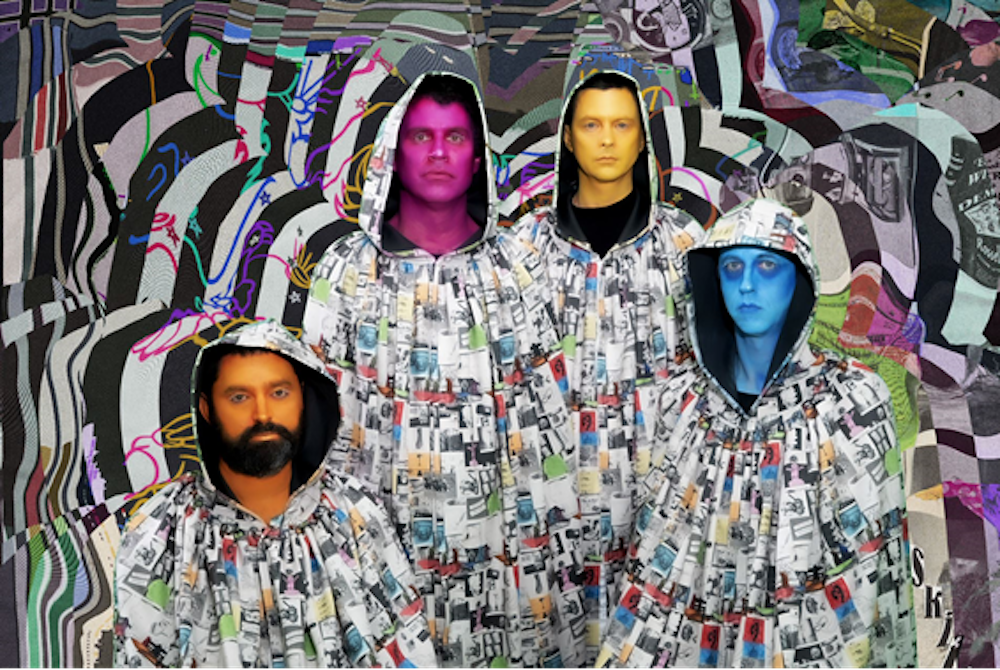 
Early next year, Animal Collective will return with Time Skiffs, their first proper album since they released Painting With all the way back in 2016. The band is back in full for this one, with Panda Bear rejoining his old comrades. We’ve already posted the early single “Prester John,” and now AnCo have also shared “Walker,” their tribute to the late Scott Walker.

“Walker” is a sunny, mind-blown piece of mutant pop, and its hooks are almost surprisingly tangible. The track has a loping beat and echoed-out percussion; the backing track reminds me a bit of Remain In Light-era Talking Heads. Vocally, “Walker” is Animal Collective going into full Beach Boys-esque angelic-harmony mode.

Talking to Zane Lowe about the new track, Panda Bear says, “Mostly ‘Walker’ is a tribute to Scott Walker, who passed away around the time I began writing the song. Scott’s music has meant a lot to me, and he’ll always be a big inspiration. But there’s also a kind of exhaustion and resignation to the singer of ‘Walker’ that belies a darker layer.” Avey Tare co-directed the video with his sister Abby Portner, and it shows the members of the band wearing matching outfits and playing in front of psychedelic backgrounds. Check it out below.

Time Skiffs is out 2/4 on Domino. Pre-order it here.